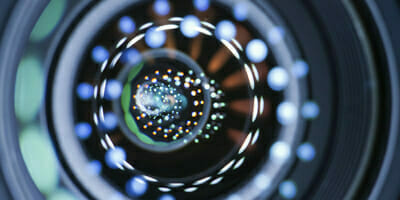 Wilshire, which is a consultant to the $300 billion Californian fund CalPERS, has provided an update on its study measuring the effect of engagement on a targeted list of companies called the Focus List.

The study puts a tangible measurement on the power of improving stock returns by institutional investor engagement.

“The evidence is… clear that many corporate assets are poorly managed and that resources spent on identifying and rectifying those cases can create substantial opportunity and premium returns for active shareholders,” the report says.

Many institutional investors engage with companies on issues ranging from to basic governance structures and decision making to complex environmental impacts and supply chain problems.

Norges Bank Investment Management for example, which manages the assets of the 6.9 trillion Kroner ($894 billion) Norwegian Government Pension Fund Global, held 2,641 meetings with companies in 2014, and raised environmental, social and governance issues at 623 of those.

The giant Dutch pension fund manager PGGM engaged in dialogue with 510 companies last year, and says it got results from those with 21 related to the environment, 32 related to social factors, and 80 related to corporate governance.

But there are few studies that tangibly measure the impact of engagement in the same way that the Wilshire study demonstrates. The study looks directly at the financial performance of the stocks on the focus list and the impact, on the stock returns, of the CalPERS’ engagement.

Wilshire the fund’s consultant published a report on the CalPERS Effect for some years but a recent update shows that CalPERS’ good governance campaign has added value to the share prices of targeted companies.

It measures the impact of engagement on 188 companies over the time period of 1999 to 2013, by examining stock returns before and after the “initiative” event. The number of companies on the list in any one year ranges from four to 11.

The report acknowledges it is difficult to isolate the contribution of CalPERS engagement as the stock returns can be influenced by many factors. It deals with this by extending the measurement period to five years in the belief that any other announcement pertaining to the company will have less effect over a longer time period.

Wilshire compares the daily return of each engaged company to the Russell 1000 and to the appropriate sector index of the Russell 1000, and compounds the return differences through time.

The study does not account for rebalancing and assumes that there is an equal dollar investment in each company over time. However despite this, Wilshire believes the results of this study demonstrate CalPERS’ approach to improving portfolio returns by engaging management of poorly performing companies to rethink governance and strategy continues to work.

For the first five years after the initiative date, targeted companies collectively produced stock returns of 12.27 per cent above the Russell 1000 index and 8.90 per cent above the appropriate sector index on a cumulative basis.

Wilshire says the analysis shows the steady erosion in shareholder value by companies prior to being placed on CalPERS’ focus List. It also demonstrates the end of that erosion subsequent to CalPERS initial contact.

Within one year the 188 companies on the focus list outperformed by 1.61 per cent and by the fifth year the cumulative excess return was 12.27 per cent. That’s a big turn around.

Wilshire says that CalPERS’ approach to improving portfolio returns by engaging the management of poorly performing companies to rethink governance and strategy continues to work.

In a tribute to the strategy, Wilshire says: “most investment resources in the industry continue to be focused on identifying small misvaluations in publicly traded stocks. This is, perhaps, unfortunate since investors are not earning a satisfactory return on the manager fees and brokerage costs they pay, given the evidence showing that the public stock markets are fairly efficiently priced.

“However the evidence is equally clear, that many corporate assets are poorly managed and that resources spent on identifying and rectifying those cases can create substantial opportunity and premium returns for active shareholders.