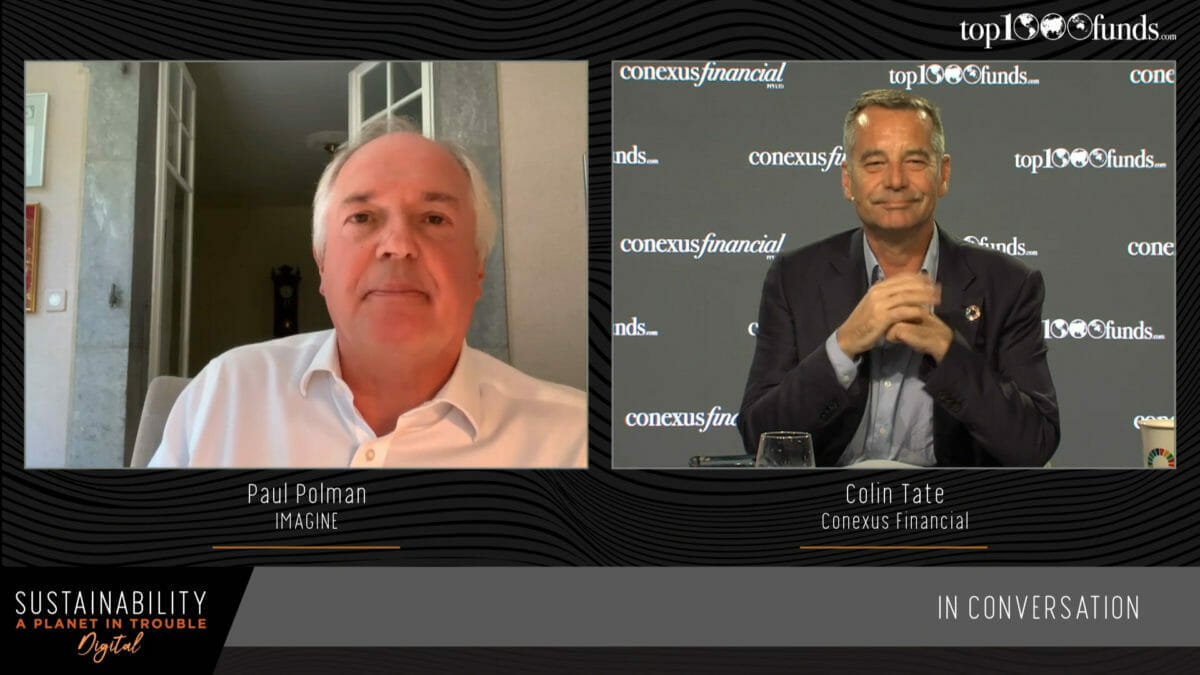 Unilever’s former CEO Paul Polman advises CEOs pushing sustainability to treat investors and the financial markets as allies – and ignore sustainability at their peril. “You will be voted out”, he warns.

CEOs wanting to do more to integrate sustainability shouldn’t fear their investors.

“The majority of investors are investing for the long-term,” said Paul Polman, former CEO of Unilever and co-founder and chair of IMAGINE, a benefit corporation and foundation accelerating business leadership to achieve global goals. Speaking at Sustainability Digital, Polman advised CEOs that financial markets are an ally in the transition, however he warned that corporate boards do need education.

He urged companies to seek out their investors and better understand the power of sustainable and equitable economic models. Once their own house is in order, he said CEO’s should seek to integrate sustainability across their value chains and join wider initiatives. Although he said companies can’t solve issues overnight, he warned companies that don’t embark on sustainability will be relegated to a graveyard of corporate dinosaurs.

“Companies that are successful are running businesses for the long-term; less bad is not good enough anymore,” he said.

“It goes to show that CEOs will increasingly be voted out of office if the companies they run ignore sustainability,” he said.

The lifespan of the typical CEO of a publicly traded company is now around 15 years in an environment where employees “walk out” and customers “pick companies in line with their values.” Meanwhile, he said financial markets are starting to move in a reflection of the impact of corporate mistakes on a company’s reputation and performance.

Polman, who a United Nations-appointed ambassador for the SDGs, told delegates that not only do the SDGs offer a key framework they are a big business opportunity and becoming bigger still.

He said that most companies in the private sector are aware of issues around climate change, deforestation and inequality, but noted the ability to find solutions at speed is impeded because of the lack of global governance.

“Institutions are not equipped to operate effectively in today’s environment,” he said. He also noted that a lack of transparency and data – given our ability to only “treasure what we measure” – are barriers to progress.

“It requires leaders in the financial and business sector to step up and put interest of others ahead of their own,” he told delegates. Moreover, the chance for change was missed after the GFC.

“We didn’t address the major issues and climate change continued,” he said, noting that only 2.5 per cent of the post-GFC stimulus was spent on green initiatives. Sounding an encouraging note, he urged governments and companies to use the stimulus to create resilient jobs and solve youth unemployment.

“Now we are smarter,” he said.

Elsewhere, he said that the doctrine of self-interest and short-termism isn’t synonymous with human activity. The problem is also rooted in a system designed and shaped in a different time when resources where abundant and capital was scarce. In contrast today we have scarce resources and abundant capital, he said. He also noted that people operate within the boundaries they are told to operate within.

“Boundaries decide our behaviour and what we see,” he said. Adding that politics only deals with symptoms and not the underlying cause.

Citing Unilever’s experience of stopping quarterly reporting in a deliberate strategy to look longer term, he urged other companies to also think long term. He called for a price on carbon and said that companies needed to move to focus and value returns on other areas of their capital including social and environmental.

Polman said that engagement does work, but should include engagement across the value chain spanning asset owners, managers and companies. He also said that ESG as an add on doesn’t work.

“I don’t get the idea of a fund with an ESG add on,” he said. “It should be core to the business. We need to collectively muster the courage to drive bigger transformative changes. The cost of not acting is significantly higher than cost of acting,”