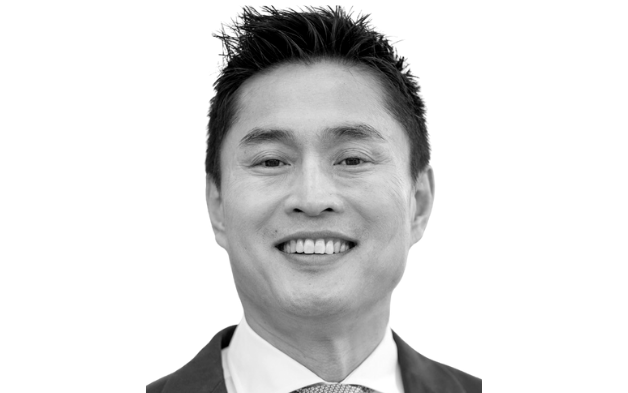 A push towards standardised data and more appropriate incentives is bringing more private sector capital into play on the path towards net zero emissions by 2050.

The world is approaching an inflection point on climate investing, says the Asia-Pacific chair of one of the world’s largest asset managers, with developments on standardised data and appropriate incentives that are speeding the pace towards net-zero emissions.

Ben Meng, chair of APAC at asset management giant Franklin Templeton, which has around $1.5 trillion of assets under management, pointed to the International Atomic Energy Agency’s estimate that it will take energy investment of $5 trillion every year to achieve 2030 climate goals on the path to net zero.

Given the high level of public indebtedness, the majority of this estimated capital will have to come from the private sector, but fortunately there have been strong developments in the areas of information and incentives that are bringing the private sector to the table, Meng said.

“Climate data needs to be regulated, just as financial data has to be–you know, comprehensive, reliable, timely, auditable,” Meng said. “With investment grade information, Wall Street, or the private sector is fully capable of developing the analytics so that the investor can do a risk and return trade-off analysis.”

Investors also need incentives, Meng said, and the removal of disincentives. The United States should get rid of unnecessary fossil fuel subsidies and put a price on carbon, he said.

“Put a price on carbon, let it be taxed, or carbon pricing as the private sector prefers, so any investment I make in reducing carbon emissions, I can turn that into the carbon pricing market to capitalise on that,” Meng said.

With mounting action on these two fronts of information and incentives, and with Europe considering a border carbon adjustment tax which could have ripple effects globally, Meng said he believes the world is approaching an “inflection point” on climate investing.

Also on the panel was Ariel Babcock, head of research at Focusing Capital on the Long Term, a global not-for-profit research organisation backed by members including asset owners, asset managers and multinational companies. FCLT does evidence-based work to help better focus capital on longer-term investment horizons.

Babcock said climate came onto her organisation’s agenda in recent years after hearing from a growing number of members that they were under increasing pressure to make net zero commitments and rapidly decarbonise their portfolios with divest and exclude policies.

“From our perspective, that approach was very short term in nature,” Babcock said. “It produces paper decarbonisation that hasn’t actually changed the real world or done anything different for the planet.”

Organisations focussed on decarbonisation often struggle with collecting all the data required, she said. Even for those who get a full picture of their current carbon footprint, they aren’t always sure where to go from there.

The process begins with clarifying investment beliefs, then thinking about risk appetite, then selecting appropriate benchmarks and making sure your evaluations process and incentives are aligned with those benchmarks, Babcock said. Finally investors can think about how they might incorporate some of those beliefs and risk assumptions into their investment mandate and contracts with external advisors.

Hard questions investors may need to ask are: What is the competitive advantage gained from investing in new technologies? Are you getting appropriately compensated for the risk you are taking on, or are there some uncompensated risks? Will near term emissions go up in the portfolio as you acquire new assets and put plans in place to clean them up? Transparency on these matters is crucial, he said.

“The things we were also hearing that were tripping people up in starting to implement and move towards a decarbonisation objective was sort of making sure that there were very clear lines and very clear communication,” Babcock said. “Being really transparent up front with your stakeholders about the fact of that, right from the beginning, is really important.”

Aaron Bennett, chief investment officer at Canada’s University Pension Plan – a new asset owner which is not even one year old, with about C$12 billion of assets – said while better and more standardised data will be crucial, investors in the meantime can gain an advantage if they have the ability to extract insights from messy and non-standardised data, he said.

Engagement with managers is also critical, and needs to be done in a structured and clear way, he said.

“Really work with them to understand what it is you will and you won’t do, the kind of reporting you’re looking for and the kind of reporting you don’t care about,” Bennett said. “Because I have been on the asset management side, and I know that the requests can sometimes seem endless from clients, and I really appreciated that element that said ‘that’s fine, we appreciate your reporting on all this, these are the three data points that matter.”

Investors who don’t plan to divest need to have a plan to transition, he said, and be transparent about it to members.

“And that gets you away from the conversation that says well, I just need you to sell all your oil and gas companies right now and everything will be fine,” he said.