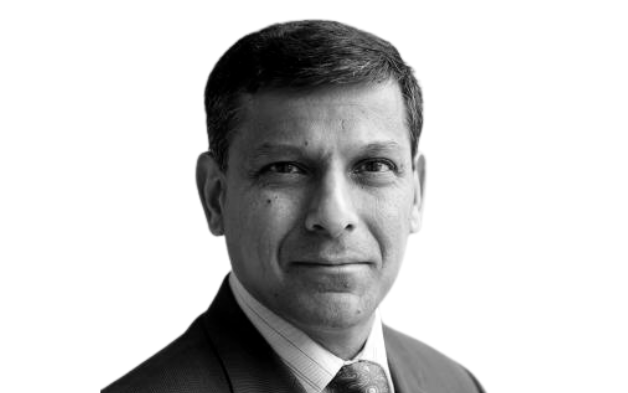 Raghuram G. Rajan, Professor of Finance, University of Chicago Booth School of Business and former Governor of the Reserve Bank of India, gave delegates at the Fiduciary Investors Symposium, held at the business school, encouragement that the Federal Reserve does have inflation under control.

Rajan argued that central banks are most concerned about inflation getting entrenched in everyday products. From here it can bleed into salaries and is hard to bring down. However, he said the five year, five year-forward rate for inflation, a bellwether of future inflation rates, suggests inflation will come down and that it is contained.

“There is a sense the Fed has it under control,” he said.

Wage agreements will push costs further for companies, creating another reason for companies  to raise prices. However he said the Fed will continue raising rates at the short end and shrink its balance sheet at the long end. The heat will come off the labour market and he predicted the job to unemployment ratio will start to come down. Elsewhere, demand will begin to fall and he said supply chains will not be snagged for ever.

In defence of the Fed, Rajan said that policy makers have acted with aggression. They didn’t act earlier for political reasons. The Fed wasn’t hitting its inflation target, and once inflation started to appear, it didn’t want to kill it: the Fed only acted when inflation was sustained and above its target, he said.

Reflecting on the tight labour market, he noted that during the pandemic participation rates fell. However, people have now come back into the work force in every group in the US except the over 64s. He said companies are facing a skills mismatch whereby the most acute labour shortages are tied to particular sectors and regions, but he said the primary tightening force is the slow down in immigration. Positively, maximum unemployment levels are only inclusive at the end of the cyle: minorities are typically hired at the end of the cycle.

He said wages are starting to increase and inflation is now moving from goods to labour markets in an inflationary process also stoked by war in Ukraine, with the crisis in Ukraine putting supply chains under further pressure and fuelling commodity prices. He noted how war in Ukraine and the lockdown in China will also have a stagflationary impact, slowing growth but also increasing inflation. Still, he noted differences between regions. For example, the labour market is not as tight in Europe; Japan still has very low inflation.

Rajan said the effect of recent central bank policy is already beginning to emerge. The rise in the dollar has begun to impact exports; he noted the loss of wealth in financial markets, particularly hitting crypto and games stocks.

He said as more is spent on fuel, less will be spent on other goods and services, slowing down consumption.

“As things slow down most people tighten their budget.” However, he doesn’t believe economies are heading for a recession, and said recession is unlikely in the near term.

He reassured that banks are well capitalised across the world. However he flagged that in the shadow financial world, it is less clear which new finance companies have leverage and risky exposure.

Rajan said that the underpinnings of growth have not changed. For sure, falling levels of immigration and deglobalisation will continue to have a negative impact on growth, but he expects the economy to return to pre-pandemic, albeit slow, levels of growth.

He said the Fed has done enough for its policies to start to bite and policy makers will be in a much better position to gage the impact of strategy at the end of the year.

“Monetary policy works with lags before it fully kicks in,” he said. He said if the Fed was still having to go further by the end of the year recession would look more likely.

Once inflation is back under control the growth scenario will be no different to what it was before the pandemic.  If inflation doesn’t come under control it will lead to higher nominal interest rates with an impact on portfolios, particularly affecting organisations with highly levered balance sheets. He warned of toxic consequences if high levels of leverage combine with asset declines.

“The increase in leverage in the last few years is something to worry about.”