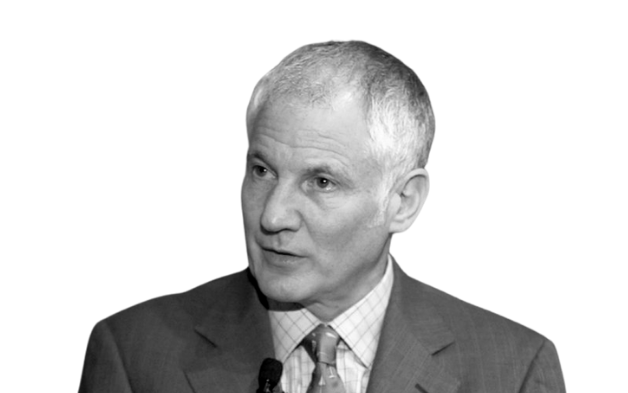 In a panel session at the Fiduciary Investors Symposium at Chicago Booth School of Business, Stephen Kotkin, The John P Birkelund Professor in History and International Affairs, Princeton University, cited the many risks inherent in investing in China.

Kotkin explained that Europe and China’s trade partnership has been damaged by a souring relationship. A trade deal negotiated ahead of Biden assuming the US presidency has floundered and since Russia invaded Ukraine, relations have grown worse still. “Xi is siding with Putin and pushing Europe into the arms of the US,” said Kotkin. In so doing, China has destroyed the wedge it had opened and today Europe and the US are strongly aligned on China policy.

Investing in China holds key challenges for investors. Demography will crimp economic growth and China remains in the middle-income trap. Countries find it hard to rise from middle-income to high-income and success depends on a strong, broad-based education system. China has only developed a high-end education system in its capital cities, leaving hundreds and millions of people without an education. Kotkin said China has begun to invest in its schools at a regional level, but these vocational schools lack qualified teachers.

Kotkin said investment no longer has the ability to shift the Chinese economy to a consumption driven economic model supported by local consumer demand. “The high investment model has hit a wall,” he said. Moreover, China will not solve its problem via governance.

He noted how the government is trying to encourage private sector growth at a low level, supporting small entrepreneurs. Kotkin referred to economic growth in China as an output not an input: the party says what it will achieve – and if it doesn’t achieve it, the regime lies.

Kotkin added that it is difficult for ESG investors to invest in China. Chinese policy towards the Uyghur population in the north-western region of Xinjiang, Tibet, Taiwan and Hong Kong doesn’t sit easily with ESG investment. Regarding Taiwan, Kotkin said that the status quo is tipping away from China given the majority of Taiwanese no longer identify as Chinese in a shift accelerated by the younger generation. He noted that China’s strategy is to integrate Taiwan economically to gain political integration. China’s strategy will focus on economic coercion, and the regime is watching how the west is applying economic pressure on Russia.

He noted that the Chinese regime will “not wait for ever” as Taiwan moves further away from China in its identity and politics.

Kotkin said that even if some of these assumptions are incorrect, investor returns in China do not equate to the risk. “Are you satisfied that the risk premium is good enough?” he asked delegates.

He noted how investors and companies are starting to move in multiple directions. Some investors see China as a one-way bet; a story of high returns and growth while financial firms are tempted by the level of savings in China. However, he noted how an increasing number of firms are diversifying their supply chain away from China. Some companies, like Apple, are particularly vulnerable to China. “If China stops working, Apple goes up in smoke,” he said.

FIS delegates reflected that they have more confidence in private-sector investment in China than public sector investment. Elsewhere, others argued that owning Chinese government bonds could be an effective and lower risk strategy to gain exposure to Chinese growth – but would require living with the ESG risk. “You could buy bonds if you can keep quiet,” said Kotkin.

Elsewhere delegates discussed the idea that China will ultimately emerge from the middle-income trap. In this way, buy-and-hold strategies could work in an approach structured to benefit over the long term. In this approach, investors should remain humble, remembering the Fed has also got it wrong. In another approach delegates talked of the importance of engaging. For example, the PRI has worked with Chinese companies involved in BRI construction.

Turning the conversation to Ukraine, Kotkin articulated the challenges that lie in the way of a Ukrainian victory.  Russia has a stranglehold on the economy, leaving Ukraine with no government revenue to meet its payroll commitments while the current aid packages will soon run out. “The stranglehold on the Ukrainian economy will be expensive for western taxpayers,” he said.

Russian troops will have to be evicted, yet evicting Russian troops involves going on the offensive, requiring new skills in the army. He said it could become apparent in July and August if the Ukrainians are able to go on the counter offensive.

Moreover, Western unity is fragile. For example, Hungary has not agreed to the recent oil embargo; Turkey has thrown a spanner in the works of Finland and Sweden’s plans to join NATO. Lastly, Kotkin noted that sanctions have consolidated the Putin regime. Still, the most effective sanction is technology export controls, slowly strangling Russia’s ability to access software vital for its military industrial complex.