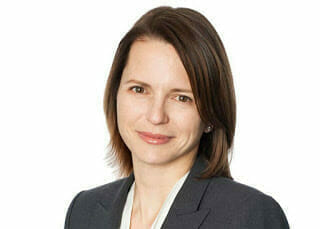 Barbara Zvan started her job last week as the inaugural CEO and president of UPP, the new pension fund that will pool three existing Canadian university pension funds. She talks to Amanda White about the plans for the fund including the mix of internal and external management.

One week into the job as the inaugural CEO and president of the University Pension Plan (UPP), Canada’s newest pension plan, and Barbara Zvan has to call me on her husband’s cell phone. I’m in Australia and her personal phone can’t make international calls. It’s a reflection of just how raw this startup is, but she’s energised and talkative and ready for the challenge.

“My first hire will be someone in the finance and operations function,” Zvan says. “We need a bank account, we don’t have any infrastructure. I’m the first employee.”

Zvan has a history of being part of the building of a pension organisation. She started at the Ontario Teachers’ Pension Plan – now considered one of, if not the best pension plan in the world – back in 1995 as assistant portfolio manager and took on increasing responsibilities as she rose to become its chief risk and strategy officer and leader of the strategy and risk team.

Five pension plans from the three universities will roll into the UPP umbrella, with combined assets of C$10 billion.

The organisation will take over managing the funds on July 1 next year, and between now and then there is plenty to do. Zvan says the new entity has been many years in the making, with the three universities trying to figure out how to bring their pensions together.

“The new plan is jointly sponsored so members share in the risk and cost, and can appoint a trustee. It brings much more member involvement, it’s reminiscent of OTPP when it was set up,” she says.

“I’m excited to build a pension plan that members are proud of and will use that frame for all the decision making. It is exciting to be able to build something, with a solid foundation that will stay for generations. The board is very engaged and all employee and employer groups have reached out and are enthusiastic. They’ve all done a lot of work to get it going.”

The governance structure includes both an employer and employee sponsor committee that makes decisions around benefits and contributions; UPP, which Zvan heads, will make decisions around the investment strategy, member services and valuation of the plan.

“Over the fall we will decide what we want from an investment view point,’ she says. “We need to decide as an organisation what people we want internally, what skills we want, and what we want managed externally. This is a big exercise.”

The University of Guelph has three pension plans, the largest of which is a C$1.14 billion fund.

“We are going through the process of deciding the investments. This will be the first time that people have looked at all the liabilities together and decided what the asset mix should be. By the end of the year we will have a plan, and build the capabilities in the following six months.”

The three universities have three different investment approaches – some are fully outsourced and some are partly internally managed.

“At assets of $10 billion it becomes a cost benefit analysis. If you want to manage internally then you have to have the talent and that is expensive. It is hard for example to do internal private equity at that asset size,” Zvan says.

“On July 1 the UPP is the fiduciary, so we will have a full transition plan including the asset mix and what managers we will use. One rule of thumb is that we don’t need three of anything. The three funds have very little overlap in external managers. There will be change,” she says.

In Canada, 15 universities just signed the “Investing to Address Climate Change” charter  and the three funds within UPP were part of that. Zvan has had a long history working in sustainability and was appointed to the Government of Canada’s Expert Panel on Sustainable Finance, and played a significant role in creating the G7 Investor Leadership Network. She was also on the advisory committee for the charter, which sets out how the universities will incorporate sustainability into their investment portfolios including measuring their footprints, incorporate ESG into investment practices, and evaluating managers on ESG integration.

“Sustainability is part of building a good pension plan. The charter demonstrates this is already top of mind for these investors,” she says.

The UPP’s joint sponsors are the unions and faculty associations representing the members, and the three founding universities. The board of trustees is made up of six trustees selected by the employer sponsor, six by the employee sponsor, one by non-unionised members and a chair selected jointly by the sponsors. The idea is that the UPP’s joint sponsorship and shared governance and risk means there is a high degree of accountability and transparency, and the interests of plan members are at the centre of every decision the board of trustees makes.

Zvan’s colleague and boss and former boss at OTPP, Ron Mock, is one of the 14 board members. Gale Rubenstein as the inaugural chair.