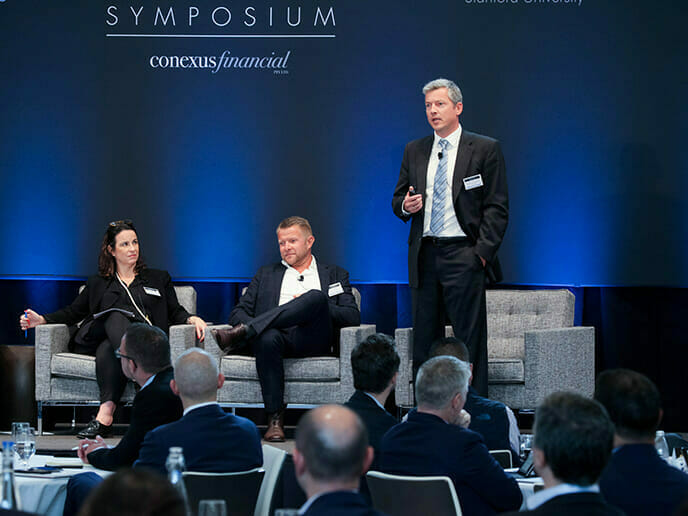 Autonomous cars, water assets, artificial intelligence and robotics, ageing Western populations, blockchain and Millennials prioritising purpose-driven lives all share one thing in common: they are some of the latest megatrends smart investors are beginning to access, said Claus Kjeldsen, chief executive of the Copenhagen Institute for Futures Studies and Gertjan van der Geer, fund manager at Switzerland’s Pictet. Investing for the long-term requires disregarding the benchmark and identifying the themes that will have an impact on the future, they told delegates at the Fiduciary Investors Symposium at Stanford University.

Megatrends are not an exact science and are best described as a series of observations of factors pulling in the same direction to change society. They have a lifespan of 10-15 years, are found within paths of change that are already happening; they are particularly reflected in social change. They aren’t linear; they can speed up and slow down and are interconnected. Patterns that look like megatrends can quickly dry up, said Kjeldsen, who currently highlights 14 global megatrends – or changes that “we can’t hide from”.

Interconnected megatrends can take time to finally overlap. For example, electric cars need a transformation of the grid, which is still a way off, to facilitate growth. Kjeldsen told delegates to identify enablers and blockers to see which megatrends would take off and counted regulation as a potential blocker. Uber’s uptake in Europe has been affected by types of regulation, he said. He highlighted how interconnecting opportunities could also spin off megatrends; for example, he explained how the growth in electric cars would make traffic more efficient, leading to wider pavement and the need for fewer parking spaces in cities. In another example, he said developments in blockchain technology would change how we view trust.

Investing in megatrends involves a large universe, said van der Geer, who runs 15 megatrend strategies. He also said investment involved a long period of underperformance that could run for 10 years and advised delegates to “stop looking” at the benchmark and instead find companies where “the market disagrees with you”.

He said success involved identifying where markets mispriced long-term opportunities on the way up and down.