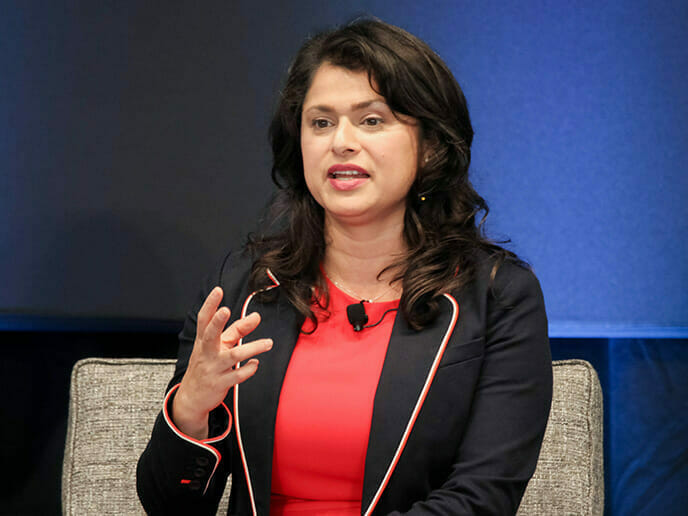 The far-reaching changes the $365.5 billion California Public Employees’ Retirement System plans for its private equity program still need final board approval. Yet one of the new model’s most important advocates, Priya Mathur, has just lost her seat on the 13-member CalPERS Board of Administration.

Speaking at the Fiduciary Investors Symposium at Stanford University, on the eve of her surprise election defeat, Mathur, a board member for 15 years who was voted CalPERS’ first female president in January, told delegates the board was still working through the governance process for the private equity program.

“I really believe this is essential for us and I hope to see the board endorse it in coming months,” she said.

Mathur’s sudden departure after losing to first-time candidate police officer Jason Perez means CalPERS needs to elect a new president, heralding a board shake-up that could delay the urgent plans.

CalPERS is in the final stages of approving a separate entity that would make direct private equity investments and would be governed by a separate, independent board. CalPERS Direct would consist of two separate funds. One called ‘Innovation’, focusing on late-stage investments in technology, life sciences, and healthcare; and the other called ‘Horizon’, for long-term investments in established companies that kick off cash flow. The pension fund hopes to increase investment in private equity ­– its best-performing asset class – to between $10 billion and $13 billion a year.

“We are a maturing system, paying a lot in benefits and don’t want to sell assets to pay benefits,” Mathur told delegates. “As truly patient capital, we are not just looking to sell after five to seven years.”

She said the pension fund needed to invest over the longer term to better match its liabilities and tap private opportunities as the number of public companies declines.

The Innovation and Horizon funds would operate alongside CalPERS’ existing private equity structure, which typically invests in co-mingled private equity funds, and a new program to partner with emerging managers, Mathur said. Many of the most established private equity general partners are entering succession periods so partnering with rising funds mitigates related risk. It also opens opportunities.

The structure and governance of the new model remains unclear.  Mathur told delegates at the symposium that details are still being “worked out”. Discussions among investment staff and the board have referenced creating a separate corporation with its own investment staff and board. This would allow CalPERS to compensate and reward private equity professionals differently with more than what is possible in a public pension fund, to help recruit the talent required. It would also give the new entity autonomy and breathing space to innovate. Yet Mathur said the new program would still involve managers.

“We are definitely hiring a set of external managers to do this for us,” she said, again referencing the “limitations” in CalPERS’ ability to pay the large salaries needed to attract talent. She also said hiring managers would enable the fund to attract the “right talent”, particularly on the innovation side, with the ability to access the best deals.

Elaborating further on the proposal, she said the new entity would “not be CalPERS” but referred to “a firm” where an advisory board ensured assets were managed according to CalPERS’ expectations. Although it would be running the fund’s money, she said it “would not necessarily be owned by us”. She explained that CalPERS wouldn’t interfere with how companies were selected or managed but would look for alignment with its principles, and said the structure offered an opportunity for the fund to have an impact on how private companies evolved.

CalPERS still struggles to work out the fees it pays, how they are composed and whether the fund is getting value for money.

“It is still hard for [limited partners] LPs to know what fees they are paying in private equity,” Mathur said.

She acknowledged the risk of California-based investments in the private equity and wider portfolio, given that the pension fund’s liabilities are also in California. For example, Mathur said, after the GFC it was difficult for the pension fund to ask for larger contributions from struggling employers and beneficiaries in the state.

“Our investment supports jobs and this is positive, but there is risk on the liability side,” she said.

Mathur’s departure made the former president’s speech painfully ironic in retrospect. She told delegates of her pride in her long, groundbreaking tenure, which included shepherding through CalPERS’ 10 Investment Beliefs to help decision-making after the financial crisis. When she was elected in 2003, she was the only woman, she recalled, adding, “I’m still here.”