Home>Opinion>2015 could be watershed year for ESG issues 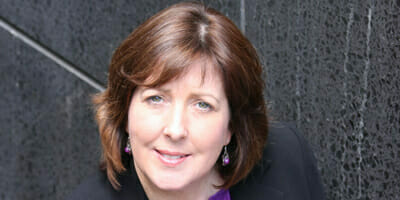 2015 is poised to be the turning point as a number of key issues relating to environmental, social and governance (ESG) issues take centre stage says Fiona Reynolds, managing director of the Principles for Responsible Investment.

First and foremost is climate change. With the Paris talks scheduled for December 2015, it’s an issue that is top of mind for governments, investors and companies alike. Climate change is one of the biggest challenges facing the world today because of its potential to seriously impact water, food, land and biodiversity—all of which can have enormous consequences for the health and well-being of humankind, and the sustainability of the global economy.

With overwhelming scientific evidence supporting the increased rate and level of climate change, it is essential that governments act now and make climate change a top priority.

Towards the end of 2014, we saw the US and China signing an agreement to reduce carbon emissions, which was a huge step forward for global climate action.

We also saw thousands of individuals taking part in climate marches, as well as institutional investors wielding their financial muscle to try and get policymakers to move swiftly on this issue.  At PRI, we initiated the Montreal Carbon Pledge in September 2014, which asks our signatories to understand their exposure to carbon risks by taking the first step to measure the carbon footprint of their portfolios.

Finally, in December, we had the Lima climate talks, which tested the political will of agreeing a global climate deal.

The Lima talks put a strong foundation in place for the Paris climate talks, due to take place at the end of 2015, as the world tries to set the first ever guidelines around greenhouse gas emissions.

The World Wildlife Fund (WWF) expected that governments coming to Lima would act with urgency to close the emissions gap, including by scaling up renewable energy consumption to 25 per cent and doubling energy efficiency by 2020.

Post-Lima and into next year, there will be many obstacles to overcome,  including the new Republican-led Senate in the US, and how to address the continued division between rich and poor nations when it comes to issues such as de-forestation, the latter issue being highlighted during the Lima talks.

There is also the issue of the growing divisions between the EU and the US, with the former favouring legally binding elements on carbon emissions and the latter preferring the “buffet option,” that would contain some legally binding elements but allow countries to determine the scale and pace of their emissions reductions, even if this calls into question the aim of keeping temperature rises below 2 degrees centigrade.

One encouraging sign is the fact that contributions made to the Green Climate Fund in 2014 now total more than $9 billion, short of the target of $10 billion to $15 billion, but contributions ramped up significantly in the last months of the year. The funding, which would help developing nations cut emissions and adapt to climate shifts already happening, is seen as another way to open the door to a global climate agreement.

Headlines abounded in 2014 about multinational companies—Yahoo, Google, Apple, Starbucks, Amazon—which were seen not be paying their fair share of taxes.

In the autumn of 2014, the G20, during its final meeting of the year, received from the OECD its first recommendations for a coordinated international approach to combat tax avoidance by multinational enterprises. The recommendations come under the G20 and OECD Base Erosion and Profit Shifting Project designed to create a single set of international tax rules to end the erosion of tax bases and the artificial shifting of profits to jurisdictions to avoid paying tax.

The G20 is expected to enact the measures in 2015.  If they are passed, companies will no longer be able to employ many commonly-used practices to shift profits into tax havens. Under the measures, companies operating in more than one country will have to tell the tax authorities where their money is generated.

There is also a persuasive business case for closing tax loopholes.  Oxfam, the international aid agency, estimates that developing nations lose $114 billion in tax revenue each year. While most countries feel the impact of tax avoidance, this deficit takes a particular toll on low-income countries.

At the end of 2014 in the Autumn Statement, UK Chancellor George Osborne   launched a crackdown on tax avoidance by multinational technology firms such as Google and Amazon, by imposing a 25 per cent levy on profits which are generated in Britain but “artificially shifted” abroad.

In 2015, all eyes will be on the Forum of Tax Administrators, where we will be able gauge whether tax reform on a global scale is likely to happen.

A final issue that will undoubtedly continue to gain ground in 2015 is shareholder activism, which saw a number of high profile cases during 2014 around a variety of social issues.

The trend for shareholder engagement has been fuelled in part by growing concerns about the environmental impact of business, as well as by the widespread questioning of modern capitalism since the credit crunch of 2008.

According to recent data from Citigroup, globally, the pace of public activist campaigns in 2015 is on track to exceed that of prior years. In the US, almost one-sixth of companies in the S&P 1500 since 2006 have faced a public shareholder activism campaign, with some of these experiencing multiple campaigns.

Outside the US, shareholder activism has a foothold in the UK and is also gaining some traction in other regions. Moreover, there are a significant number of activist investors in every market who primarily engage with target companies behind closed doors. This is particularly the case in Europe, where research on activism suggests that nearly 45 per cent of all campaign activity is private.

Shareholders area increasingly turning to activism as a way to try and effect change on a number of social issues. For example, during an AGM held in 2014 by AMEC, a global engineering and project management firm, shareholder activists raised the issue of the company’s position on the UK Living Wage.  Activists were able to confirm that all employees at the company earned above the minimum wage but the company did not know if they earned a UK Living Wage. This is something that AMEC has promised to address.

We will have to wait and see if real progress on ESG issues can be achieved in 2015.

But one thing is clear, investors should continue using their financial clout to engage policymakers on effecting change, rather than simply waiting for governments to act.

The PRI has produced a new guide “The Case for Investor Engagement in Public Policy”, which includes practical steps investors can take to effectively engage policymakers. It’s through investors coming together, working collaboratively and ensuring that their voices are heard, that we will see change and move from awareness to impact.

Callum JonesJanuary 18, 2023
Home>Opinion>2015 could be watershed year for ESG issues