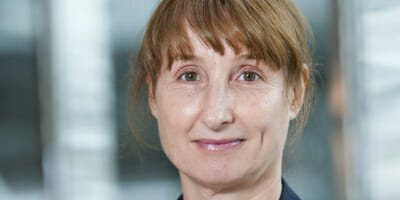 A number of large institutional investors, including AP1, the Environment Agency and AustralianSuper, made changes to their strategic asset allocation as a result of Mercer’s 2011 study on climate risks, and now the consultant is working with a new raft of investors to assess forward-looking climate change scenarios against their current allocations. Meanwhile one of the world’s largest investors, APG, announced at the United Nations Climate Summit in New York earlier this week that it wants to double its investments in sustainable energy generation.

According to Mercer, traditional approaches to modelling strategic asset allocation fail to take account of climate change risk, primarily because they rely on historical quantitative analysis.

A number of funds have made allocation changes as a result of the work on climate risks that Mercer has done, including the Swedish pension fund Forsta AP-fonden (AP1) which has strengthened its share of real assets in the portfolio, including allocations to agricultural land and timberland. It is also looking at real estate and infrastructure opportunities.

According to Helga Birgden, partner at Mercer in Australia and lead on the 2014 Mercer climate change study, AustralianSuper also undertook a detailed analysis of its infrastructure assets, equities assets and property assets. Further more than half of the investors involved in the initial study changed the process for strategic asset allocation to include a discussion of climate change risk factors.

The investors, which include New Zealand Super, AP1, CalSTRS, the Environment Agency Pension Fund, WWF-UK, and Cbus, will also get advice on how to make their portfolios more resilient to the financial risks posed by climate change.

In addition to Mercer, NERA Economic Consulting will be involved in the study, drawing on the world-recognised expertise on the economics of energy and environmental policies to develop the scenarios and assess their potential impacts on geographic regions and sectors, analysis that will be grounded in the climate change modelling literature.

Scenario impacts will be supplemented with analysis on the physical impacts resulting from climate change over the coming decades by Guy Carpenter, through in depth knowledge of a range of climate perils, such as flooding, hurricanes, and droughts.

Based on the scenario impacts developed by NERA and Guy Carpenter, Mercer will model the potential financial effects on key asset classes, regions and sectors.

Each client will receive a tailored report applying the modelling to their investment portfolios by the end of this year. The final global public report aims to launch in about March next year.

Birgden was in Montreal with other Mercer partners this week, making a decision on the final scenarios to be assessed – they are derived after a literature review conducted by NERA with detailed economic impact data available.

“They reflect plausible outcomes with respect to climate change policy and climate change damages and differ based on major policy and scientific variables and uncertainties. The approach will be to consider both sufficient “near-term” differentiation between the scenarios from 2015 through to 2050,” she says.

Brian Rice, a portfolio manager at CalSTRS addressed the fact that traditional asset allocation models don’t take account of climate risks, and said in a statement that the multi-scenario, forward-looking approach makes the study unique.

“Investors will be able to consider allocation optimisation, based on the scenario they believe most probable, to help mitigate risk and improve investment returns.”

Meanwhile APG executive, Angelien Kemna, announced at the United Nations Climate Summit in New York earlier this week that APG wants to double its investments in sustainable energy generation from €1 to €2 billion.

Kemna, who speaks on behalf of a coalition of nearly 350 institutional investors and financial institutions, notes that in 2013 around $250 billion has been invested in clean energy solutions worldwide. To counter the worst effects of climate change this amount should be doubled within a few years.

The doubling of investments which APG wants to achieve in the next three years, for example in wind and solar power, fits the focus on sustainability in APG’s investment portfolio.

In her speech Kemna announced that APG has managed to double its investments in sustainable real estate to €11 billion in the past two years, important because real estate is responsible for 40 per cent of all greenhouse gas emissions worldwide.

She said that in order to facilitate sustainable investing for pension funds and institutional investors, it is important that governments ensure clear and stable regulations. This involves measures such as the elimination of fossil fuel subsidies, higher prices for CO2 emission rights and increased support for research into cleaner energy.

To underline the importance of this, APG, together with other investors, has signed a statement on climate change in which governments are asked to take such measures. The statement is endorsed by 347 investors, including Dutch pension funds ABP, bpfBOUW, SPW, PPF APG and insurance company Loyalis. They announce their ambition to look into investments with low CO2 emissions, to the extent that this fits within their task as a pension provider and insurer. They also will encourage companies in which they invest in to be clear and open about the risks they face from climate change.