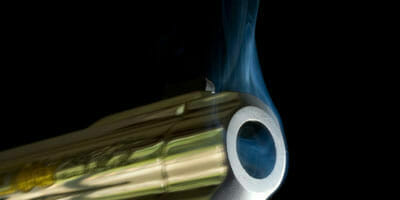 For a pension fund that describes itself as “ponderous”, the $154-billion California State Teachers’ Retirement System, CalSTRS, has moved uncharacteristically swiftly in recent months. The second largest public pension fund in the United States, the plan for teachers and faculty is in the process of divesting its holdings in gun manufacturers following the massacre at Sandy Hook Elementary School in Newtown, Conneticut last December. “CalSTRS is a teachers plan, so for our members it hit home that teachers were killed protecting their students,” said general counsel at CalSTRS, Brian Bartow, during a recent webinar hosted by ESG research and ratings provider, MSCI ESG Research. Adding how the tragedy had extra resonance given California’s own stricter gun laws, he said: “Because the weapon used is illegal in the state of California, we asked ourselves should we own this asset?”

CalSTRS’ initial step, instructing private equity firm Cerberus to sell its 2.4-per-cent stake in Freedom Group, the manufacturer of the Bushmaster rifle used at Sandy Hook, happened quickly. “Cerberus decided to sell the asset. They are finding another buyer for their stake in Freedom Group,” says Bartow. Now the fund is in the more complicated process of trawling its entire portfolio, including a 50-per-cent equity allocation and a 14-per-cent private equity allocation, to locate all exposure to gun makers.

As CalSTRS tracks down its different firearm holdings, it is applying a so-called 21 Risk Factor Policy, adopted in 2008, which seeks to flag social and geopolitical concerns regarding investments. “It is not a divestment list as such, but is there to trigger thoughtful evaluation of our investments,” says Philip Larrieu, senior investment officer at CalSTRS. Stress tests include gauging whether a risk factor is “violated over a sustained period of time”, whether the asset causes the fund to lose revenue or the investment “weakens the trust of members”. The divestment process begins with the fund pursuing “active and direct” engagement with the company “to try and bring about change” – a process that soon hit the buffers when gun makers Sturm, Ruger and Company and Smith and Wesson, identified within CalSTRS roster of investments, declined to meet. “We reached out to two groups publicly but no dialogue ensued. Others have answered questions by email,” says Larrieu, adding that shareholder meetings weren’t a viable alternative approach either. “We couldn’t wait for this,” he said. In a final step towards selling off the assets the fund is currently evaluating input from a cohort of managers, advisors and experts, with the ultimate decision to divest taken by the board investment committee, meeting this April. “We are still in the divestment process, gathering all the information the board needs to make an informed decision. The actual divestment comes at the end of this process,” said Larrieu.

CalSTRS’s move has encouraged other funds to flex their financial muscles and push the issue of gun control. New York State Common Retirement Fund has frozen its holdings in firearms makers and the $254-billion CalPERS, the biggest pension fund in the US, has approved divestment of assault weapon makers in its portfolio. Client requests for ESG and screens relating to firearms manufacturers and retailers have also spiked. “We have seen a surge in interest from clients post-Newtown,” says Christopher McKnett, vice president and head of ESG at State Street Global Advisors.

In other examples, New York City, Chicago (where Mayor Rahm Emanuel is urging all city plans to divest from firearms makers), Philadelphia and Los Angeles are all conducting divestment reviews. Funds aren’t just targeting the US firearms industry either. “We’re evaluating foreign companies and have told our managers that we can’t purchase these securities either,” says Larrieu.

But defining the firearms sector and gauging where to draw the line on a spectrum that ranges from ammunition manufacturers and retailers to unpicking complicated corporate structures is challenging. “Some clients have their own internal capacity to decide their investment universe or they will rely on managers to provide the information,” said McKnett. Screening out firearms manufacturers in actively managed equity funds also means having to find returns elsewhere. “Active funds are already using screens to select stocks. If you exclude a favoured investment the challenge is replacing that alpha,” he said, adding: “If an active portfolio has an exclusion, we don’t adjust the return budget.”

That said, firearms companies aren’t significant equity weights, with only three firearms companies carrying a market capitalisation above $3 billion. Fewer than half of the 20-odd publicly traded companies worldwide that manufacture firearms and ammunition are large enough to be included in commonly held indices. Total portfolio exposure of firearms companies in the main indices is typically well below 0.50 per cent on a market-capitalisation-weighted basis, according to MSCI. Similarly, most firearms groups issuing bonds would be too small to be captured in fixed income index, Barclays Capital Aggregate Bond Index. However, if funds choose to screen out retailers it will have a bigger impact on the portfolio, explains McKnett. Gun retailers, like supermarket giant Walmart, the largest gun retailer by virtue of its size, can be much larger. The retailers tracked by MSCI say firearms sales account for less than 15 per cent of their total sales – Walmart says less than 1 per cent of its sales come from firearms.

It’s too early to measure the impact of screening out some, or all, of these groups on portfolio performance. But by beginning a divestment process, big institutional investors have made gun control a campaign that could sit alongside the likes of apartheid, terrorist links or tobacco. “Other issues have carried more advanced warning and we have known about them ahead of time,” said Bartow. “This issue has evolved very rapidly, but it really is something that public pension funds can look at.”