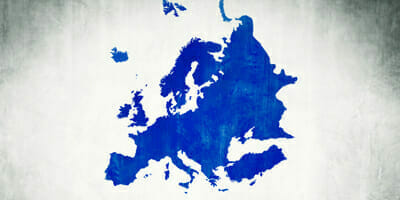 Despite a 10-year bull market both for European equities and bonds, the outlook for European pension savers remains bleak. Whereas returns have improved in recent years, the Better Finance study, Pension savings: the real return, once again shows that most long-term pension savings products did not, on average, return anything close to those of capital markets.

It’s well and good for policy makers to insist on saving earlier and for longer, but when all is said and done, pension funds simply too often underperform capital markets, and this is, by and large, is due to excessive fees and commissions.

The global pensions gap is currently estimated at $70 trillion and forecasted to mushroom to $400 trillion by 2050: this is by far the biggest financial issue facing EU citizens, their children, and grandchildren. Pension adequacy, defined as a sufficient amount of pension income which during retirement allows for the same standard of living as during working life, is at risk.

With government pensions on the decline, and occupational ones covering only a minority of citizens and pension needs, public authorities are asking EU citizens to save more and earlier for retirement. The Organisation for Economic Co-operation and Development (OECD) stated that “in light of the challenges facing pension systems, the only long-term solution for achieving higher retirement income is to contribute more and for longer periods.”

Whereas this may be sound advice, it ignores a key reason why too many pensions fail to provide beneficiaries with an adequate replacement income. In fact, saving “more and for longer periods” won’t address the issue by itself since even saving 10 per cent of activity income for 30 years will only provide about 12 per cent of activity income through retirement. Our research unmistakeably shows that compounded returns are the main, if often ignored, driver for pension adequacy.

In 2019, for the seventh year in a row, we embarked on the Herculean task of gathering data on private pensions in 17 EU member states. Our research covers 87 per cent of the EU population, plotting the real net returns of long-term retirement savings in Europe. It helps EU citizens and public supervisors see the real net performance and costs of those long-term “retail” investment products that form the backbone of the European pension system.
Over the years these reports on the state of long-term pension saving in Europe have illustrated that the tendency to blame poor returns on the performance of capital markets holds no water.

Despite the fact that the long bull run enjoyed by markets from 2010 to 2017 slowed down in 2018, market returns for the last 19 years nevertheless remain impressive: overall, a direct balanced (50 per cent in European equities / 50 per cent in European bonds) investment from a European saver in capital markets at the eve of the 20th century, would have returned a hefty +117 per cent in nominal terms (gross of fees and taxes) and +54 per cent in real terms (adjusted by inflation.) This translates to an annual average real return of +2.29 per cent (+4.17 per cent annual nominal return).

The long-term performance of the actual savings products for many EU citizens has very little in common with the performance of capital markets. Returns for most pension products remain well below +2.29 per cent and some even venture into negative territory. Our research covers a wide range of investment styles and asset allocations, yet a simple European capital markets benchmark overperforms the vast majority of pension products on all investment horizons.

This is mainly due to the fact that most EU citizens invest less, and less directly, in capital market products (such as equities, bonds and low-cost ETFs), but are instead pushed into more “packaged” and fee-laden products (such as life insurance contracts and pension products). The EC itself points to the fact that among “reasons for not saving long-term are the often-poor performance of financial intermediaries to deliver reasonable return and costs of intermediation”.

One could be forgiven for thinking that insurance and pension products would provide similar returns to a mixed portfolio of equities and bonds, since those are the main underlying investment components of the “packaged” products in question. But using this logic to compute returns for retail investor portfolios implies a “leap of faith.” It ignores realities such as fees and commissions charged on retail products, portfolio turnover rates and risks.

Whereas fees are clearly the main culprit behind decades of disappointing returns, other factors also play a part in the ongoing destruction of EU citizens’ savings. The mid-term outlook for European pension savings is anything but rosy, with interest rates having reached rock bottom, making it impossible for European bond markets to continue to provide the extraordinary returns of the last decades. Since European pension funds are currently primarily invested in bonds, a further blow to returns seems inevitable.

In 2015, pension plans from the 15 EU member states then covered by the Better Finance study, had an average allocation of 50 per cent in debt securities, while equities on average represented less than a third of the allocation.

The Polish Country Case from the 2019 Pensions Report presents a good case in point. The difference in asset allocation between Polish pension pillars II and III clearly illustrates how an asset allocation favouring equity pays off in the long run. In Poland, government bonds account for 67 per cent of the asset allocation for employee pension plans (pillar II), compared to just 40 per cent on average for individual savings and retirement accounts (pillar III), with an average of 50 per cent invested in shares. The results speak for themselves: pillar II had a six-year annualised real net return of 2.13 per cent whereas the more equity-oriented Pillar III, at 5.22 per cent, boasted a real net return of 2.45 times that of pillar II. Extrapolating from these returns indicates that a Polish person saving 15 per cent of his or her monthly income over 35 years, would obtain a 28 per cent replacement income at retirement.

Asset allocation clearly has a strong impact on returns, but inflation, though conveniently ignored, also plays an important role in destroying the value of long-term savings. That and the heavy, and increasing, tax burden on savers. No wonder then that pensions and investments remain ranked at the bottom of all consumer products covered by the EU Consumer Scoreboard. With an ageing population, the EU can ill afford to continue down this road and needs to look into solutions to diffuse this ticking time bomb that is European pensions.

Axel Kleinlein is president of Better Finance (also called the European Federation of Investors and Financial Services Users) which is a European Commission-backed public interest organisation which promotes training, research and information on investment, savings and personal finance.