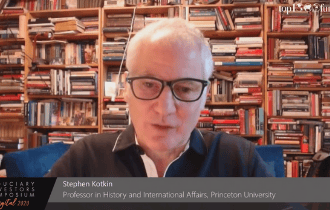 Joe Biden has come to the presidency with all the ingredients for success however there are a number of sweeping global trends underway that will continue whoever is in the White House. Professor Stephen Kotkin examines these trends and looks at where there may be geopolitical risk under a Biden presidency.

There will be a peaceful transition to Biden’s presidency, although Trump may well continue his harmful campaign and not show up for his successor’s inauguration, predicted Stephen Kotkin, Professor in History and International Affairs at Princeton University speaking at FIS Digital 2020. In a sweeping analysis of key factors set to influence Biden’s presidency, Kotkin urged delegates to pay attention to the results of the election. “Trump lost: The Trump phenomena isn’t enduring; in fact the fade is already underway.”

However, he said Biden will have little influence on the sweeping global trends underway. The technological revolution visible across healthcare to agriculture and energy will continue unabated. “Biden will have very little influence on this colossal disruption in our lives,” said Kotkin. Moreover, the growth of the middle class in developing nations and the ageing demographic that now characterises countries in Europe and Japan, bringing both investor risk and opportunity, will continue whoever is in the White House. “This simultaneous greying and vast expansion of the middle classes is happening in tandem in China. Investors mustn’t miss out,” he said.

However, Biden may impact geopolitical risk. Kotkin flagged shifting sands in the Middle East as countries in the region (with youth bulges needing jobs) gravitate to emerging tech giant Israel as their own oil economies flounder. “Israel is a technological giant, and the Arab states want technological transfer. They can see that the future of hydrocarbons is uncertain and that basing their wealth on oil no longer makes sense. They need a new economy, and Israel is a potential partner.”

He said that Iran’s influence has been countered by technological breakthroughs around fracking. But Biden needs to tread carefully. “It is the coalition against Iran that is driving the Arab-Israeli rapprochement,” he warned.

Turning to the EU, Kotkin said Brexit illustrates the challenges of sovereignty in an interdependent world. As ‘deal’ or ‘no deal’ rumbles on the UK (at the time of writing) Britain is finding it can’t be fully sovereign if it also wants to take advantage of interdependence. “The Brexit vision is based on an impossibility. You can’t be fully sovereign in a world where you sell 70% of your fish to the EU.” In a nod to the EU’s global regulatory influence, he noted how the EU can “impose rules” across the world when countries want to sell into its giant market, furthermore the fact that the EU is a regulatory giant is often overlooked because it has little military influence. “Issues to do with EU regulatory power are not easy to overcome.”

Kotkin downplayed the Brexit drama relative to other growing challenges in the EU. None more so than the inherent conflict between monetary union without fiscal union, and the rise of new illiberal regimes in Eastern Europe like Hungary, Poland, Bulgaria and Romania. “The EU has been more proactive recently about the erosion of democratic law. But it has limited tools and if it fails to take action over the illiberal trend, it could damage its survival.”

Turning his focus to China he noted the enduring digital divide that is seeing the development of diverging US and China spheres. “You are either in China’s 5G or someone else’s, you use China’s undersea cables or someone else.” But Kotkin urged countries to develop coherent China policies that combine deterrents and diplomacy. “China is not going away, and the world needs to figure out how to live with China.”

He suggested coalitions to encourage integration and mutual benefit over issues that don’t threaten national security instead of bans and shutting out. “Biden has a big role to play, we will see if up to the role.” Elsewhere, he flagged opportunities for cooperation around climate change where innovation in the US has plateaued, particularly around renewable storage and capacity. “We require significant private sector solutions,” he said.

Kotkin concluded that Biden has come to the presidency with all the ingredients for success. The vaccine is rolling out and there is the potential of an economic revival. He is also riding a popular wave and a civil war is ripping through the Republican party. But he also warned that headwinds could crimp his ability to succeed. 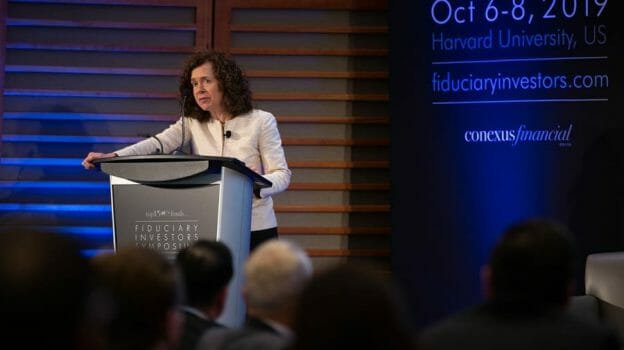