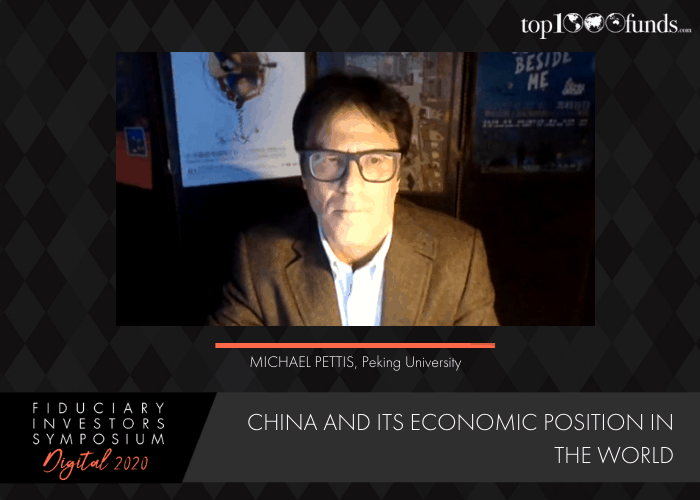 Using official data, China’s debt to GDP ratio is likely to rise between 16-22 per cent this year in contrast to a 6 per cent rise last year. In what Michael Pettis, professor of finance at the Guanghua School of Management in Peking University and senior fellow of the Carnegie-Tsinghua Center for Global Policy called a “huge increase in debt” the numbers have ignited an ongoing debate within China about the extent to which debt should be used to generate growth in the wake of the pandemic.

Speaking to FIS2020 delegates, Pettis said that there are two different “camps” in charge of policy making in China. One on hand, China’s Ministry of Finance and most economic think tanks are concerned about China’s rising debt levels which they want to reduce, even if it has consequences for GDP. Another group is worried about the political implications of a rapid slowdown in growth, and are more accepting of rising debt levels, he said. At the end of last year before the pandemic swept aside all forecasts, the latter group “won” the debate securing a 2020 growth target of around 6 per cent.

Pettis said that GDP in a Chinese concept is not comparable to other countries because of different accounting models. Local government in China doesn’t have “hard budget constraints” and most of the debt is guaranteed. He said that in “one China” bad investments are written down in line with other countries, but in “the other China” they are not. He urged investors to exercise caution when thinking about the impact of COVID-19 on “both” GDP numbers. He said this explains the “enormous debate” about the nature of Chinese growth.

Pettis reflected on the extent to which consumption, exports and business investment will drive real growth in China. He said consumption will be “way down” in 2020 because of falling household incomes and savings levels. Here he noted how the re-appearance of COVID-19 in Beijing has caused further panic and slowdown. He also noted that unemployment in China is still high with a knock-on impact on household spending. Moreover, he said that households have responded to the pandemic by increasing savings, further hitting growth and consumption.

Other drivers of growth are also down – namely exports. Conversely, he noted “good growth” in business investment amongst SMEs and the private sector but said that many of these businesses serve consumers and export sectors. All “good sources” of growth are going to be negative, he said.

China has surprised some commentators by its decision not to slash interest rates in response to the virus, said Pettis.

While the rest of the world has aggressively lowered interest rates, China has made a couple of “restrained” reductions. Here Pettis noted that the People’s Bank of China doesn’t have the “freedom” of the Federal Reserve or the European Central Bank because it intervenes on the currency, constraining its ability to change domestic monetary policy.

Instead it has remained “prudent,” only expanding domestic money supply if there are increases in reserves. In a red flag, he warned that if monetary policy cannot accommodate a significant increase in debt levels yet China’s regulator requires an increase in debt, it could lead to distortions on the domestic financial system, including bank runs and defaults.

“This is what we have to watch,” he said.