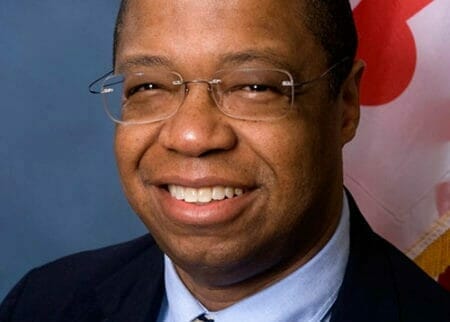 A couple of weeks after BlackRock’s CEO Larry Fink announced the world’s biggest asset manager would do more to use its voting rights to influence sustainability in the thousands of listed companies it holds, one of America’s largest public pension funds is calling on the other two in the “big three” to do more.

“It would be very helpful if Vanguard and State Street did the same thing. Then we will have captured the attention of the vast majority of companies in the US,” says Mansco Perry, executive director and CIO of Minnesota State Board of Investment, guardian of the state’s $104 billion retirement assets.

“It is going to become increasingly critical that we get feedback, or a progress report, from the companies we collectively own on how they are mitigating climate risk on an annual basis,” says Perry. “This will tell us what management is doing regarding climate change, while not losing sight of the fact they still need to provide us with appropriate returns.”

Minnesota hasn’t been waiting for BlackRock’s lead on stewardship. Although the pension fund has large passive mandates with the manager, it has a separate account and votes its own proxy where it already uses its influence to try and mitigate climate risk.

“There is lots of climate risk in institutional portfolios. One way of addressing this is by the way we vote at proxy,” says Perry. Minnesota votes to encourage companies to reduce their reliance on fossil fuels via innovation and what Perry calls “substantial change.” Divestment, he argues, isn’t the answer (yet) given global energy demand.

It’s the kind of involved ownership that chimes with Perry’s enthusiasm for private markets, and his conviction that the influence and control manager GPs have in how private companies are run will continue to result in their outperformance. It’s a belief that is now driving plans to begin co-investment in Minnesota’s private equity program, once legislative approval gives the green light.

If the fund gets the capability to co-invest, it won’t lead to an explosion in co-investment anytime soon says Perry, who explains the fund’s small team doesn’t have the capability to carry out due diligence on individual companies yet. However, it would mark an important new sleeve to the portfolio, confined to direct investment in buyouts, growth equity and distressed and opportunistic funds and a limited allocation to fund of funds in niche strategies, which has proved challenging.

Over the last eight years the portfolio has received back more in distributions than private equity managers have called down from its commitments.

“It’s kind of like being on treadmill but not really going anywhere,” says Perry.

It’s left Minnesota’s 25 per cent target allocation to private markets, of which private equity accounts for the lion’s share, underweight at around 15 per cent. The allocation has been built up over the last 40 years there are over 100 manager relationships.  Perry favours increasing the 25 per cent target further.

“I anticipate at some point I will bring the recommendation back to the board to increase our target a bit more,” he says. The allocation includes private credit, distressed and opportunistic assets and a tiny allocation to real estate.

Mindful of both the need to deploy more and prepare the co-investment ground, Perry will launch an RFP for a private markets consultant in an extension of staff role next quarter. Minnesota already has a general (Aon) and special projects (Meketa) consultant, but in both cases they report to the board.

“The private market consultant would be, more or less, an extension of staff, reporting to me,” says Perry.

The remit will also include building out the real estate allocation where Perry would like to see more dollars deployed since Minnesota slashed its allocation to 1-1.5 per cent six years ago, pivoting out in favour of private equity.

“We should probably increase some of our focus on real estate. It’s the second, if not the largest, investment opportunity set around the globe,” he says.

Looking ahead, he identifies other tweaks to the portfolio in the coming years. He believes active public equity requires an increasingly “creative approach” that could incorporate more tracking error.

“We’ve always been pretty benchmark focused. I am now thinking how we should allow some of our active managers to have a bit more tracking error than what we were historically comfortable with.”

“We ended up creating unintentionally expensive index funds that because of the fees, ended up underperforming.”

As for active manager fees, he believes the days of fees simply equating to AUM are numbered.

He is also mindful of the need for Minnesota to build its global exposure across asset classes.

“A lot of the world’s growth is going to take place in emerging countries, and we shouldn’t constrain ourselves by only being US focused.” Elsewhere, he is beginning to lay the groundwork for expanding the small investment team which he says will double from a dozen to around 24 in coming years.

Perry runs an investment strategy that counsels against “looking for change,” espousing the importance of knowing when the best approach is to do nothing.

He doesn’t have a Bloomberg on his desk and admits some of the changes he outlines may not be realised under his tenure as he approaches his 68th birthday.

Yet it’s a patient, long-term approach that is tested when he reflects on another cause close to his heart.

“I would like to see more women and people of colour in C suit roles at large asset management companies,” he says, noting that only “some” organisations have “got the message” and that it will take another decade for “a degree of change.”

Many of those managers struggled to compete against the bigger funds, he recalls.

“Rather than diversity coming from small firms that are going to have a difficult time battling larger funds that have been around for a couple of decades, I would rather see diversity from infiltration at the asset management level,” he says.

As in climate change so in diversity, his strategy is strategic and focused on the long-term. Explaining expectations, encouragement and cajoling will ultimately bear fruit, he hopes.