Climate is by far the number one sustainability priority for investors in 2021 according to a poll of asset owners from more than 32 countries which came together for the Top1000funds.com online Sustainability event in March.

According to the polling at the event, 79 per cent of investors say climate is their number one ESG priority for the year, followed at a large distance by diversity (19 per cent) and labour rights (2 per cent). 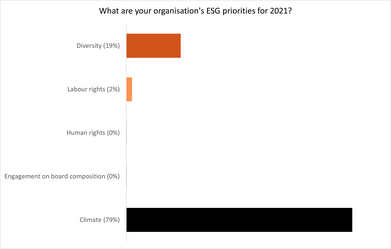 The investors resoundingly said they thought the COVID-19 crisis had accelerated the need to address the sustainable development goals, with 87 per cent of investors agreeing this. This is up from the Sustainability conference six months earlier in September last year when 74 per cent of delegates said the crisis had been a conduit for addressing the SDGs.

The conference heard that sustainable bonds in emerging and frontier markets could unlock the growth in emerging markets, and could override volatile electoral cycles and target funds in social areas like education and climate change that have held back development with a material impact on growth.

Of the investors surveyed at the conference, 56 per cent of investors said they would invest in sustainable bonds in those markets in the next 12 months.

Of those that won’t, it was predominately due to only having an equities exposure in those markets, but also some investors were concerned the exposure would be too narrow (7 per cent). 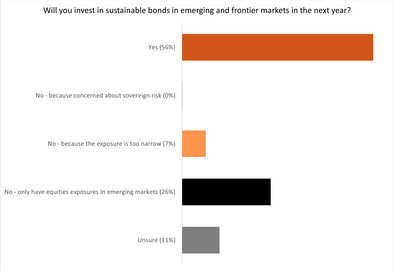 The conference looked at diversity, equity and inclusion, with much attention being paid to DEI both internally and externally among asset managers by the investors attending the conference. 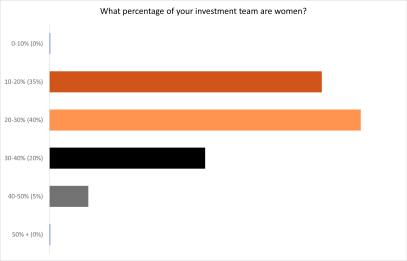 Externally however, 59 per cent of the investors said that they hold their asset managers to account on DEI issues, with a further 18 per cent revealing they plan to in the next 12 months. A further 24 per cent just said they don’t. 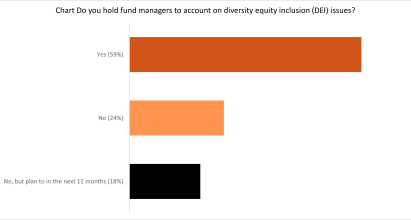 Impact investing and the evolution from a risk/return to risk/return/outcome framework was also a theme discussed at the conference. 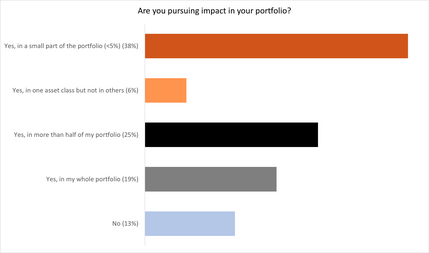 The polling of investors revealed the importance of data when it comes to decision making in sustainability.

Investors were asked what most stands in their way to pursue more impact through their portfolio of public market assets, with 43 per cent said the availability of reliable and consistent data was standing in their way.

Others said it was the availability of sustainable investments at scale (19 per cent), a concern about giving up return (14 per cent) and communication with members and stakeholders (10 per cent). 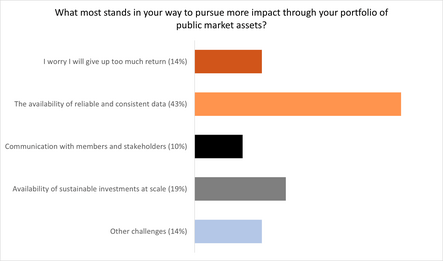 For more coverage of the Sustainability Digital conference, including session recordings and stories, visit the content hub. 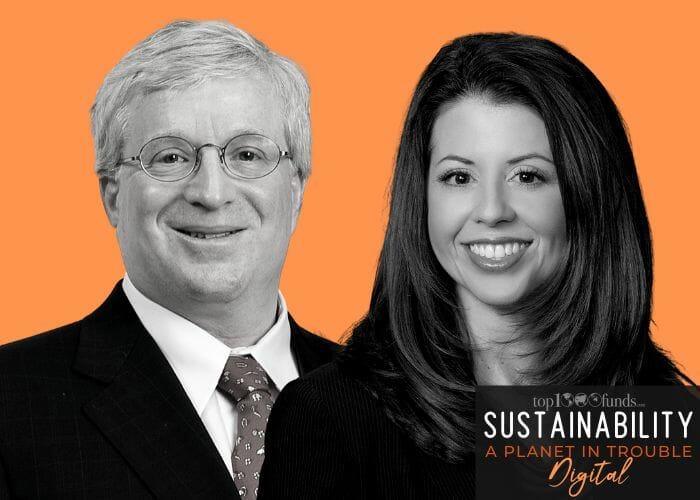 Scott Kalb and CalSTRS' Aeisha Mastagni discuss what is next for investor action in sustainability. They reflect on the dangers of funding sedition following the 6th January riots. Investors rarely consider the risk of investee companies financing extreme groups, but it threatens the very system on which institutional investment relies.
Sarah RundellMarch 22, 2021