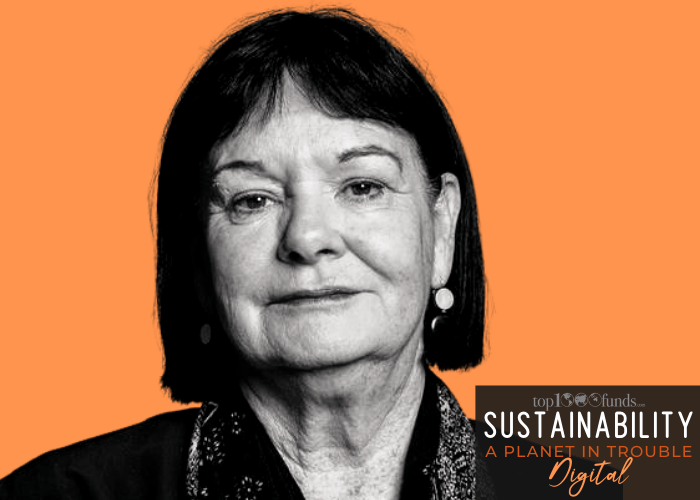 Sharan Burrow, general secretary of the International Trade Union Confederation, is calling on investors to do more to fix what she calls a broken labour market.

In an impassioned call to delegates at “Sustainability Digital; A Planet in Trouble,” Sharan Burrow, general secretary of the International Trade Union Confederation which represents 200 million workers in 163 countries called on institutional investors to do more to protect workers rights.

She said investors can choose to have an impact and shouldn’t put “making a profit” before “dehumanizing workers.”

She said investors need to ensure they are supporting democracy and that their capital is going to build strong companies that contribute to jobs and security. Moreover investors have a stake in repairing the broken social contract between workers and business because they invest workers capital.

A labour market that offers no security for workers or adequate retirement provision is good for neither business, investors or sustainability, said Burrow.

In what she called a “moment of truth,” she asked if business leaders and investors are prepared to reform the current model. She warned of conflict, already visible, if this didn’t happen, and noted that investors willingness to make change is often dependent on change not “effecting their environment.”

Burrow also highlighted the importance of a Just Transition that creates new jobs for those whose jobs disappear in the new economy. She highlights the auto sector particularly, where the transition to a low carbon economy is already having an impact on jobs and skills.

“Labour’s share of income has slumped and so many workers live day to day,” she said, calling for equality of race and gender to rebuild trust. “All investments must have a rights and sustainability lens; ESG is no longer an option.”

Burrow questioned whether global monopolistic companies were sustainable, suggesting they should be broken up.

She said workers need occupational health and safety, a minimum living way and control over the number of hours they work.

Reflecting how the Biden administration will impact workers rights, she noted the conflict inherent in the US between strong unions on one hand and resistance to human rights and labour laws from business that comes from the top on the other.

However, she said Biden was “a friend” to the union movement and would support freedom of association, but that he also had an eye on the economy and the urgent need to transition.

Burrow said that it is impossible to build a sustainable economy that doesn’t include benefits for labour and people. She also flagged worrying challenges in democracy, concluding that “many young people” no longer believe that democracy is good for them.