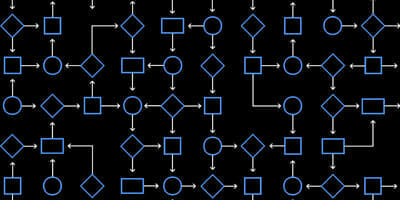 The output of a decision-making process is more than just a decision, which is even more good reason to work hard at getting that process right.

Good decision making is central to good investment. So investment organisations naturally pay a lot of attention to the business of making choices. This article is about the output of that process. Which might seem like a short subject: the output of the decision-making process is, surely, a decision.

Well, yes. But it’s more than that.

Suppose an investment committee is considering hiring money manager X, or adopting strategy Y. The decision they make may appear simple: do it or don’t do it. Allocate 5 per cent or 3 per cent or nothing. But the way the decision was reached has knock-on effects, too.

Perhaps the committee was one of those that makes decisions based on the HiPPO principle – that’s where decisions boil down to the “highest paid person’s opinion”. (That’s a common way to make decisions, even though it’s not common to admit that’s what’s happening.)

Two years on, and perhaps there are some performance wobbles (as there nearly always are at some point). Does the group stick with the original decision, or does it bail? That probably depends on personalities and relationships, on whether the original hippo is still around, on whether the others in the room felt committed to the decision when it was made. So the process that was followed has an impact years later.

Or perhaps the committee followed the other common practice of requiring a consensus. Consensus is a good thing when it’s achieved authentically, but if every decision needs to be a consensus decision, it can be difficult to fully explore all possibilities. The awkward questions might not get asked. Perhaps it’s only when the performance wobbles happen that those awkward questions come up – two years later than they should have.

Then there are the decisions that are susceptible to being criticised with the benefit of hindsight, the sort of decisions that worry the lawyers. Suppose, for example, that a portfolio management team decides to disinvest from companies with poor environmental records because of the downside risk this creates. Or that a defined contribution plan decides to move significantly away from the peer group average asset allocation in its default strategy, in order to increase the probability of meeting the plan’s objectives.

Even if these decisions are based on prudent and rigorous analysis, it’s still possible that they will lead to losses. If that happens, it’s not enough simply to have made a sound decision, you also need to be able to demonstrate that you did so. So the process itself, and the documentation of that process, is a critical output.

There’s a danger, of course, that concerns about hindsight-driven criticism will constrain decisions. At its worst, this can mean fiduciaries fail to take actions that are in participants’ best interests. Fiduciaries must avoid the temptation to hide in the herd, and sometimes that means having the courage of your convictions. But it would be foolhardy to ignore the possibility of somebody challenging a decision at some point in the future. The existence of a paper trail can offer valuable protection.

Finally, few investment decisions are standalone decisions. Most groups do not come together to make one decision only. So the way each decision is made feeds back into the group dynamics, and shapes how the next discussion will go. An open conversation creates the conditions for a better decision next time, as the group becomes comfortable with one another. Groups tend to become more cohesive and effective over time. Occasionally, this can go too far, creating the possibility of group think – that’s when it’s time to bring in the outsider view, or to consider shaking up the team (uncomfortable as that may be).

So that’s just a few of the ways in which the output of a decision-making process is more than just a decision. Which is even more good reason to work hard at getting that process right.