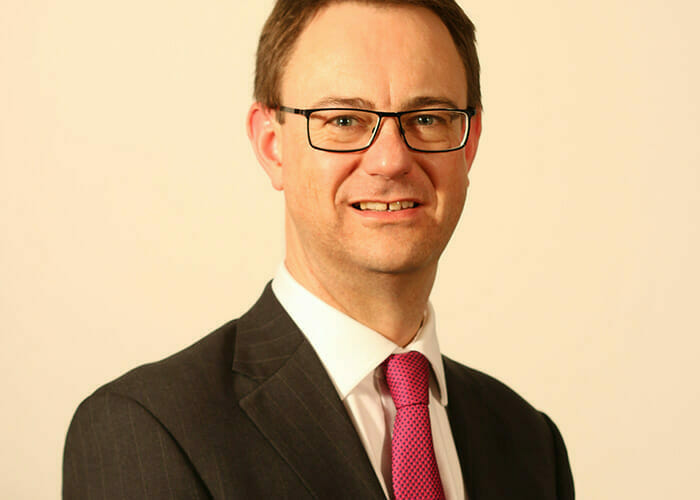 Edward Mason, head of responsible investment at the Church Commissioners which manages £6.7 billion ($9.6 billion) of assets on behalf of the Church of England, is well used to diplomacy and negotiation.

They were essential skills in his previous roles at the UK’s Foreign and Commonwealth Office and are as regularly called upon at the Church Commissioners where a high-profile responsible investment strategy is designed to encourage and enforce Christian values.

They’ve come in particularly handy in the latest gauntlet thrown down by the ethical investor.

The Church Commissioners has co-filed a resolution with New York State Common Retirement Fund, asking the world’s largest publicly traded oil company US giant ExxonMobil to disclose how resilient its business model is to measures to restrict global warming to 2 degrees, as per the Paris agreement on climate change last December.

The resolution will go to Exxon’s AGM at the end of May and has already won “a tremendous and unprecedented show of support” from many of the oil group’s most influential shareholders, including pension funds like the University of California Retirement Plan, CalPERS and Sweden’s AP4.

“Climate change is the key ethical challenge of our day. It has such a huge impact on our planet and people and it falls in part on investors to try and turn the situation around,” says Mason, undaunted by the looming battle.

Exxon has already attempted to have the resolution struck down by the Securities and Exchange Commission, although their request was denied.

“What we need, and are starting to see, are new norms in corporate climate change reporting,” he says in reference to the similar successful shareholder pressure applied to oil groups Shell and BP last year, which led to both companies agreeing to disclose how efforts to lower greenhouse gas emissions will impact their businesses.

The Commissioners’ latest ruckus encapsulates an increasingly bold ethical purpose at the fund, where screens and engagement policies have grown more sophisticated and nuanced, and new resources have allowed it to up the ethical ante.

Through 2014 the Commissioners voted on 24,302 resolutions at 1,788 company meetings globally.

It only supported 34 per cent of UK remuneration resolutions at company AGMs and held engagement meetings with 27 companies on environmental, social and governance issues in an activism that Mason believes is both informed and fuelled by the church’s global presence on the ground.

“We can do unique things that other investors can’t,” he says.

In other developments, the fund now portions 4 per cent of total assets to Generation Investment Management, co-founded by former US vice-president Al Gore, where all investments meet sustainability criteria.

In another milestone, by the end of 2014, 4.5 per cent of the total portfolio qualified for inclusion in the Low Carbon Investment Registry maintained by the Global Investor Coalition on Climate Change.

The fund has also stepped up its monitoring of its public equity mangers to use external data to scrutinise the non-financial characteristics of managers’ investment portfolios.

It’s a rigour that the Church Commissioners can just as ably apply to private markets, insists Mason.

“Private markets are appropriate for us because we can do the strong internal due diligence.”

Diversified assets include an increased exposure to timberland and private credit strategies. In recent years the fund has acquired timber assets in the USA, Australia and the UK, where it is the largest private sector forestry owner in the country.

The property allocation is all managed internally and comprises rural landholdings and “very high quality” residential, commercial and retail properties.

Property was the star performer last year, returning 27 per cent, of which only 2 per cent came from income and the rest from capital growth, including realised gains on sales.

This all adds up to the fund easily outperforming its investment objective to generate an annual return of inflation plus 5 per cent over the long term – proof, if any was needed, that “you can be ethical and provide strong returns,” Mason says.

Mason became head of responsible investment in 2014 after five years as secretary to the Church of England’s Ethical Investment Advisory Group, and is the first to hold the newly created position.

Now responsible for implementation of the advisory group’s recommendations, he’s set to push the church’s brand of responsible investment on a whole lot more, live issues.

A recent biodiversity risk analysis at Ilmarinen, Finland’s €60 billion pension insurer, found one third of the companies in its listed equities portfolio have a damaging impact on biodiversity. The study is part of a push to integrate biodiversity into its investment processes.
Sarah RundellOctober 18, 2022
View more articles