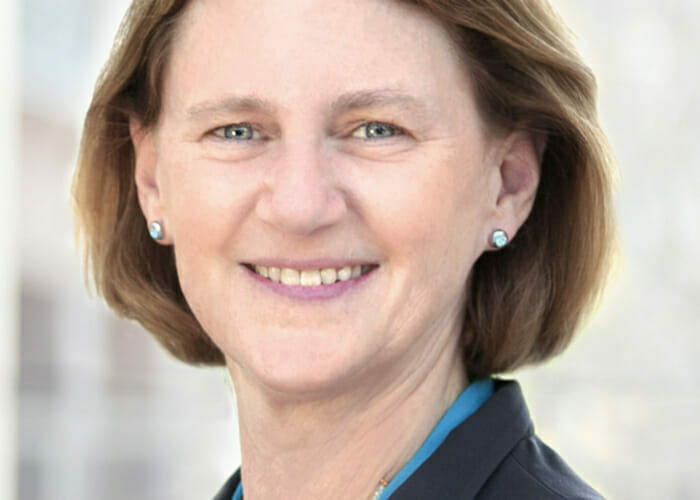 When Anne Stausboll started her role as chief executive at CalPERS it was a tumultuous environment, or what she calls a “perfect storm”. It was January 2009, the markets were in crisis, there was a state budget crisis in California, and CalPERS was facing ethical issues relating to the fund and former employees.

“My focus was on restoring trust and credibility to the organisation, and making it transparent and open,” she says.

Where historically the culture at CalPERS had been built around its size, and the large size of its portfolio; Stausboll has been focused on rebranding CalPERS around a public service organisation.

“We are here to serve others who have served California,” she says. “This has brought the organisation together, and it is very unifying to brand around that.”

And this means Stausboll oversees around 2,700 employees and an annual budget of $1.8 billion.

“When I started my job as chief executive in 2009, CalPERS had been here for 75 odd years,” she says. “One thing that struck me about the organisational structure was we didn’t have a financial office. That was quite a gap.”

She sees it as one of her greatest achievements; that there is now a well-established and well-functioning financial office, that also oversees risk management, and is integrated with the actuarial office and investment office.

“It took a few years to do that, and we needed to get regulatory approval. But that strengthened our financial and fiscal policies, and CAPR and treasury management were all strengthened,” she says. “This was a big shift and we are a leader in the US on our asset liability program, and the CFO and that office organises that. The financial office, actuarial office and investment office are all integrated, whereas before they were separate; so now the thinking is integrated giving us a holistic view of assets and liabilities.”

During the seven years of Stausboll’s leadership, the CalPERS portfolio has grown from $181 billion at the end of June 2009 – a year where the market value of assets declined by 24.8 per cent – to more than $300 billion today.

Only a month after Stausboll was appointed as CEO, Joseph Dear* was appointed chief investment officer. The two became a formidable team focusing the portfolio clearly on the long term and what it means to be a long-horizon investor. This focus, as well as an emphasis on risk management, steered the portfolio out of the crisis.

Both Stausboll and Dear also had many years of experience working in large governmental bodies, with Stausboll holding various roles within CalPERS before becoming CEO, including serving as deputy general counsel, chief operating investment officer and interim chief investment officer, and previously chief deputy to the California State Treasurer. Dear also had many years of experience in governmental bodies, including executive director of Washington State Investment Board and assistant secretary of the US Labor Department, where he led the occupational safety and health administration.

This experience translated to a well-functioning organisation, almost despite its enormous lay board, as both Dear and Stausboll could communicate complex investment and business decisions in an effective way.

In addition to focusing on the long-term, the investment office has been focused on negotiating fees with external managers, and there has been a continued focus on costs.

“There are challenges of having a large portfolio, but there are advantages through being cost effective,” Stausboll says. “Reducing management fees goes to streamlining the portfolio, and we have a priority to make the portfolio less complicated.”

The fund’s decision to exit hedge funds in September 2014 is one example of that, and Stausboll says the focus is now on reducing the number of external managers in private equity and real estate, but also in equities. It is also decreasing the number of consultants and advisers it uses.

“We had more than 300 managers, and now we are down to 159. Our target is 100 by 2020,” she says. “That restructure has resulted in the past five years of a saving of $135 million not including profit sharing fees. We are a public organisation and want to use in-house as much as possible.”

While Stausboll admits that recruitment is difficult – with “internal staff pay an ongoing conversation” – once staff join CalPERS, “they enjoy it because of the strong mission and culture”.

At the cornerstone of that mission, now, is sustainability. And Stausboll has been a driving force behind that. She is deeply committed to sustainable investment, and serves as chair of the Ceres board, the US’s largest coalition of investors, environmental groups, and non-profit organisations advocating for sustainable business practices.

She will continue on the Ceres board when she retires from her role at CalPERS at the end of June.

Stausboll is also a member of the advisory council for the United Nations Environment Programme (UNEP) Financial Initiative, which supports the regulatory and associated market innovations needed to align the financial system with the long-term success, resilience, and sustainability of the real economy. And she was a member of the working group that drafted the United Nations Principles for Responsible Investment and she served on the UNPRI governing board from 2006 through 2009.

Three years ago, the CalPERS board embarked on a project to deliver its first ever investment beliefs, and sustainability was at the core of that process.

“I’m very pleased with the development and clarity the investment beliefs brought, they are an anchor for the fund. The process to arrive at that was almost as important as the beliefs, because it helped relieve some tensions. It gave us clarity around ESG and integration,” Stausboll says.

“One of the exciting things that has happened in ESG is it is now not viewed separately from risk and return. But barriers remain, there is a lack of data around ESG issues, and we need reporting standards.”

Stausboll, and CalPERS, is supportive of the Sustainability Accounting Standards Board (SASB), which was formed to set market standards for disclosure of material sustainability information to investors.

“We think it is important that we get mandatory disclosure of ESG factors,” Stausboll says.

Last year CalPERS made the bold move of requiring all its managers to identify and articulate ESG in their investment processes.

She urges asset owners and other organisations to partner on critical issues, with shared ideology, to leverage resources and impact.

“We are in collaboration, but investors aren’t necessarily natural collaborators. It is important to keep building this. The current proxy season momentum on issues is because of the collaboration,” she says.

Stausboll is the eighth CEO of CalPERS, and the first woman to head the pension fund.

“Women[‘s] representation in the financial industry is low, and gets lower the further [you go] up the ranks. But what I think is exciting is the heightened awareness around the positive difference gender diversity, and other diversity can make. This is a positive time for women,” she says.

conexust1f.flywheelstaging.com remembers him, and the contributions he made to the industry.