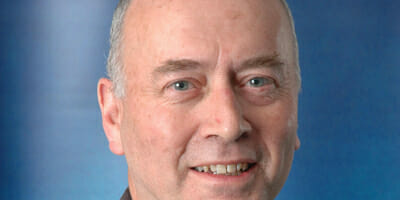 Sustainability is constructing a portfolio today on the earnings of the future, according to global head of investment content for Towers Watson, Roger Urwin. Not all performance is born equal, he says, and sustainability is performance with purpose. A cap-weighted portfolio is made up of an earnings stream based on today’s conditions, Urwin explains, with any externality unpaid for. He believes ESG is one of those unpaid-for externalities.

“If you played through a decade, then new operating conditions apply, such as carbon pricing, and those externalities will be internalised. Environmental, social and corporate governance is not priced in yet, but it will be,” he says. “This creates the potential to do sustainability alongside fiduciary duty, as you are doing it for finance reasons: buying on tomorrow’s earnings today. People are suspicious of the argument.”

“Take a portfolio long good ESG and short bad ESG over the long term, it will inherit more fair conditions but also a better pricing structure for those investors a decade way.”

The abnormal pricing argument supports smart beta, and anything outside cap-weighted has the potential to perform better than the market. That includes examples such as emerging wealth and sustainability.

Missing the change of generations

Urwin says institutional investors have lost sight of one of their purposes, which is the intergenerational transformation of wealth and risk, and are focused too much on capital formation.

“I’d like to have an industry that is stronger on scores of those dimensions,” he says. “Asset owners are there to pursue their true purpose. The last decade has been all about the financial capitalists, the next decade is about the fiduciary capitalists.”

Urwin doesn’t have a title on his business card. In function he is the global head of investment content at Towers Watson and sits on the Thinking Ahead Group. He’s also an advisory director at MSCI and a board member of the CFA Institute.

He is a mathematician and actuary, graduating from Oxford in 1977 with two degrees: a Master of Science majoring in Applied Statistics and a Master of Arts in Mathematics.

But these days he’s more concerned with the “softer” side of institutional investment, looking at behaviour and decision-making, governance and transformational change, rather than a quantitative orientation.

“Finance in many respects came out of a physics-envy model, but behaviour plays a big part,” he says. “These days I’m more interested in the soft stuff, behaviour and decision making, and the effectiveness of asset owners.”

Urwin thinks that asset owners have fallen behind other parts of the financial sector, due in part to the fact they are not driven by the “creative destruction” of competition.

Urwin leads Towers Watson’s research and thought leadership on sustainability, and last year the consultant released its seminal work, Telos, which came to some conclusions on how to invest sustainably.

“Resource scarcity, demography, economic growth and climate change all add up to think about investments in a decade, not a year, but the industry is built on the short term,” he says.

“The sustainability theme has a performance edge so long as you have the resilience to deal with the challenges that can exist of putting you out of line with others.”

There are certain behavioural challenges this presents, and Urwin says that most trustees exercise predictable behaviour when it comes to their fiduciary duty: if they don’t have proof of something then they won’t do it.

“The record of innovation is held back by that,” he says. “Fiduciary is a scary term to many. But it is a powerful term for representing the greater good and we see it as more expansive than the financial return of your direct beneficiaries. There are externalities in any portfolio and you can claim responsibility for that.”

To some extent Urwin says personal values are at the heart of this shift, and the “decency that we are owners and have to think about the responsibilities that come with that”.

“The world is so complex, and costs will be shifted on to others, for example carbon/climate risk is not paid for. We need a situation where managers and owners start to have responsibility.”

One of the practical ways to do that is to set long-term mandates, something Towers Watson championed with actual client mandates almost 10 years ago.

“Unconstrained long-term, long-only are the preferred vehicles for Towers Watson,” he says, adding the bulk of its mandates are moving that way. “Mandates that stretch out in time, and have long-term optimisation.”

Towers Watson “believes” in active management, and the move to smart beta is complimentary with that, he says. “Cap-weighted is beatable. Price takes you to a misallocation of capital, you put a lot of money to work on the most expensive stuff.”

In January, presenting at a CFA India conference, Urwin said alpha and beta can be thought of as a continuum differentiated by capacity and skills: there will be reduced expectations for “bulk beta” and pressure on other return sources.

To this end smart beta makes sense, and there is a duality between something that has risk in it and can be turned around as a return driver.