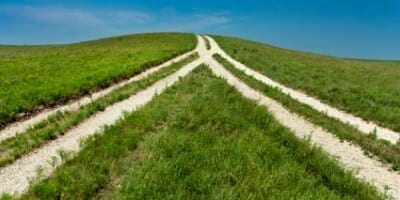 After a tentative agreement was achieved by global leaders in Durban in December more than 500 global investors will meet at the United Nations next week to discuss the investment needed to address climate change.

The chief executive officers of CalPERS and CalSTRS, as well as the comptrollers of New York’s state and local public pension funds, will be among those providing their views to the biannual summit on climate risk.

The Investor Summit on Climate Risk and Energy Solutions is run through Ceres and its investor network on climate risk. The network has more than 100 members representing a collective $9.5 trillion in assets under management.

Ceres, an organisation bringing together non-government organisations, corporations and global investors to tackle climate change has described the December talks in Durban, South Africa as “inconclusive”.

Citing new UN research showing a strong linkage between climate change and extreme weather events that will have “far-reaching business ripples”, Ceres says that the summit will provide investors with a chance to share what action they are undertaking.

The summit to be held on January 12 in the UN’s headquarters in New York also includes representatives from some of the world’s biggest asset managers.

Executives at Deutsche Asset Management, Barclays Capital and Goldman Sachs & Co, including president and senior investment strategist, Abby Joseph Cohen, are among those presenting at the summit.

Prominent investors include Thomas DiNapoli, the sole trustee of the $146 billion New York State Common Retirement Fund, who will address the role of institutional investors in addressing climate risk.

Anne Stausboll, the chief executive of CalPERS will moderate a discussion on sustainable investing in today’s global economy. CalSTERS’ chief executive, Jack Ehnes, will participate in a discussion looking at what the future may hold for climate risk investment.

Treasurers from the states of Maryland, Pennsylvania and Connecticut will also look at discussions ranging from clean energy investment to energy efficiency.

The UN Foundation and the UN Office for Partnerships are sponsors of the summit. Prominent UN officials including UN assistant Secretary-General, Robert C. Orr, and Kandeh Yumkella, the Director-General of the UN Industrial Development will address the summit.