Behind the scenes look at the governance, structure and decision making, and attitudes to fees, operations and managers, of large investors. 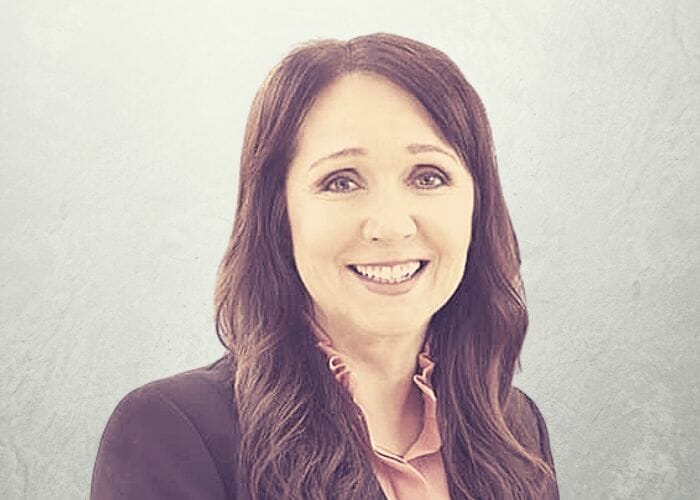 The CEO of CalPERS Marcie Frost has a big year ahead. Not only is the fund still searching for a CIO, but it will also conduct its four-yearly asset liability study this year. Frost speaks to Amanda White about the challenges of the top job at the largest fund in the US and how she works to make sure the “real story” of CalPERS gets told.

Marcie Frost is grounded in her own upbringing in the mission of CalPERS – to provide financial security for the fund’s two million members. She witnessed her grandparents’ retirement savings dwindle due to unexpected events and their struggle to live on social security.

“They were savers, they had no debt but they struggled. It was very difficult to watch. As ageing people they didn’t the have financial options to access medical and healthcare. The impact that had on them, seeing them stressed about finances was tough, and I think that is what pushed me into this retirement side and what can I do to make sure that people as they age have that dignity to pay bills. That is the most important part of the job,” she says.

She focuses on ensuring members trust the fund will provide financial security in retirement, adding that the average retirement balance at CalPERS is only just over $30,000.

“How do we do that transparently, and continue to have their trust that their benefit will be here when they need it? That’s the best part of the job,” she says.

“It’s a challenging environment, how do those two million members know and trust that the portfolio is being managed at an appropriate level of risk to reach the 7 per cent target? How do I continue to make sure we tell the real story of CalPERS is what motivates me,” she says.

Frost joined the fund in 2016 and has been working to build a culture that is inclusive. During the pandemic she says the team worked hard to protect the culture that had been created in those five years, primarily through increased communication and transparency with staff.

This included a weekly web chat with all 2800 employees where she made herself available to answer any question directly. The online forums were focused on providing updates on any issues that impacted employees jobs. They also drew on the fund’s health program experts with on staff physicians providing updates on the pandemic and the health implications for staff, members and the broader community.

“We also allowed live questions and people would email me on my phone and I’d answer them directly. To us it was increasing transparency and the trust and information we were providing,” she says, adding the online meetings are continuing every fortnight this year.

The fund started putting more information on its intranet including created a new DEI framework virtually.

“The other tone from the top was we need to be flexible with people. Our employees are trying to balance things they’ve never had to be before – do their job, and be school teachers and carers for the elderly. We allowed for flexibility in the way they do their work and how they arranged their days that best suited them.”

That flexibility will continue post pandemic and currently all business leaders are going through the 2800 positions to identify if they are eligible for remote work.

“But the challenge remains, CalPERS is a destination employer partly because people are able to work on teams with each other, and we provide training and invest in them. How you keep this secret sauce of the CalPERS family when people are working remotely? How does CalPERS keep that family culture as strong as it was prior to the pandemic? People are very proud of working here,” she says.

As Frost and her team work through the new flexible arrangements she says they are trying to avoid making significant decisions in the short term that may not be suitable in the long term.

“We want the flexibility going both ways, for employees and also for us in working it out.”

The $450 billion CalPERS has around $25 billion in liabilities it pays out each year. As such liquidity is an important part of the fund’s investment profile and risk management. The investment team has worked closely to develop a new dashboard to manage that liquidity profile which proved its worth during the pandemic when the fund was able to invest in some opportunistic strategies.

But Frost says the biggest advertisement for asset class improvement is in the private equity program.

“We did a look back at and attribution of performance and it’s not been strong. If our private equity performance was near that of our sister fund CalSTRS we would have hit our assumed rate of return last fiscal year,” she says. “In looking at it we had a concentration on buyout funds and we were not consistent in funding those over time. Now we have been working to repair relationships with GPs, ensuring communications and re-alignment of interest are happening. All our investments were in funds so the fee load on private equity was a real drag on the performance, and without co-investment to help that. It is very promising what we have done, but what we are putting into today we won’t know the outcome for many years.”

So unfortunately, she says, in the context of this year’s ALM project which will run from July to the end of the year, the private equity realignment is not going to be very helpful in the short term.

The fund faces a tough ask.

In the first part of the six-part asset liability modelling process, the fund defines its 10-year capital market assumptions. In the fund’s last study, four years ago, Frost says the fund’s determined a capital asset pricing model that would produce a return of 6.1 to 6.2 per cent for the same asset allocation. Frost says for the same asset allocation, that 10-year assumption has dropped to 5.6 per cent.

“We either have to increase risk to retain the 7 per cent target, or the growth target has to come down. They are the two choices, and neither are easy decisions,” she says. “There will be tradeoffs.”

Much of Frost’s task is to manage the fund’s various stakeholders, and she is very conscious of the board’s dilemma in this regard.

“It is difficult for people to think about adding cost to a system when CalPERS has already identified one of the key risks to the system is the affordability of public employers to continue to make contributions. The second key risk we have is being able to make that 7 per cent target and the markets. And the third risk is related to climate and human capital management and the disclosure of those metrics so we can appropriately manage those risks,” she says. “We are working through the board’s risk appetite, then we will bring forward to them various portfolios and asset class assumptions. We are trying to make sure our board understand that we are well aware of how difficult these decisions will be for them. It’s going to be a long year in ALM.”

The other big issue facing the CEO and board this year is securing a chief investment officer.

The fund has been without a CIO since Ben Meng’s resignation last year, and put its search for a new CIO on hold in April, citing a number of factors including the need for greater clarity regarding the position’s compensation and incentive structure.

The board has since voted to add a long-term incentive plan to the compensation package for the CIO. Now the base pay range is $424,500 to $707,500 and the CIO can earn an additional 100 to 150 per cent of pay if the fund earns its 7 per cent or higher compound annual growth rate over five years.

“One of the problems we have is the retention of that position. The long term incentive is intended to get people to think five years out,” Frost says.

An additional contributing factor to the fund deferring the appointment is the competitive environment in recruiting for this level position, Frost says. Many funds are currently recruiting for chief investment and chief strategy officers.

“When we compare to say the top Canadian funds our compensation is not that competitive,” she says. “We do think the long-term incentive plan will help, but in talking to candidates there is some caution, and a lot of questions about working in a very public, often characterised as a political, environment. Is the CIO able to focus on the portfolio and the people in the investment office or is the CIO more externally focused?

“Most of the candidates we were talking to are in the former. They are talented investors they want to work with a talented team and really want to have structure to keep the CIO focused there and not so much externally around stakeholders. They want to execute on the strategy.”

Frost says that potential candidates also expressed reluctance to move their families during the pandemic.

“It’s not a good time to ask people to relocate,” she says.

The board and the chief executive share the responsibility of hiring the CIO, a process that Frost says has been underway since she started but has now been formalised.

Dan Bienvenue, who was appointed deputy CIO by then CIO Meng and was formerly head of global equities, is acting CIO.

“He’s a natural interim candidate and was part of setting the investment strategy,” Frost says.

The fund has also hired Sterling Gunn, who has held senior positions in the past at GIC and CPP Investments, as its new managing investment director of the trust level portfolio management program. Yup Kim from Alaska Permament Fund was hired to work with Greg Ruiz in the private equity team.

“It’s been seamless for the team on the strategy side,” Frost says. “Through the pandemic and managing remotely has been easy and morale is high.”