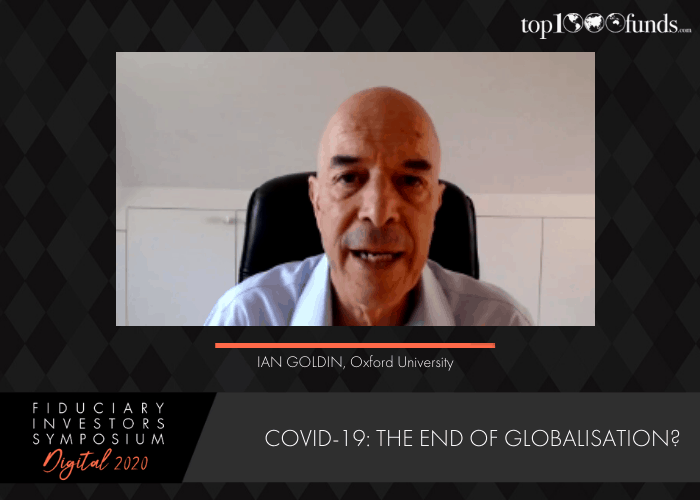 Globalisation will be replaced by a new regionalism with Asia at its heart. Coupled with automation and AI increasingly replacing traditional labour-intensive production, emerging economies with a youth bulge face challenging time ahead.

The pandemic has accelerated the pace of change in globalisation, hastening trends that were already underway, said Ian Goldin, professor of globalisation and development at Oxford University. Speaking at FIS2020 Digital, Goldin said technological change was already seeing robotics in supply chains operated by skilled labour reduce calls on cheap labour in far-off locations. Elsewhere, growing customisation and demand for individual products from “cars to shoes” is adding fuel to the fire of greater automation, while demand for immediate delivery and super-fast supply chains means production is shifting closer to the big markets.

Goldin told delegates to expect more regionalisation whereby neighbouring countries trade with each other in a model led by Asia. This new regional world has worrying implications for weaker countries and regions like Africa which benefit most from a rules-based, global trading system. While countries “plugged into China” will continue to benefit, small countries and trading blocs will be unable to compete with large regions and will face uneven terms of trade.

In what he called a “different dimension to globalisation” Goldin said the Asian focus will have “Chinese characteristics” of which automation will be a key feature. Automated supply chains will have a negative impact on developing countries. Although digital leapfrogging has bought benefits like mobile banking, automation of production will erode employment chances in some developing countries, effectively ending a model that gave Asia its route to development in recent decades.

For example, labour intensive jobs in manufacturing and services like call centres will be automated; elsewhere digitisation of companies’ back office provision now means giant servers on site rather than service centres oversees.

“For countries with youth bulges, where are the jobs coming from?” he asks.

Goldin said he was “bullish” on China’s ability to recover from the pandemic. China has demonstrated its capacity to manage the impact of COVID-19, and domestic consumption will rebound sufficiently to reduce dependency on exports, he predicts. He also noted that the impact of China’s aging population on growth will be offset by the rise in robotics and AI.

Goldin said that technological leadership will come from Asia in the coming years, with Europe trailing third behind the US – or even fourth behind an emerging India. Challenges to America’s technological dominance include the US government’s increasingly mistrustful relationship with Silicon Valley. Reflecting on digital interdependence between China and the US, he noted Chinese graduates now have senior positions in many US tech companies.

“AI recruits and machine learning recruits come from China; Chinese grads are running these systems,” he said. “The idea that we are not interdependent is a nonsense, and to sever this link would be a set-back.”

He noted that the cold war between China and the US is forcing countries to take sides, already evident in 5G technology. He also cautioned that a Democratic US President would not necessarily have a different stance on China, although the relationship would be handled with more “sophistication.”

Goldin noted a “total rethink” on the role of governments with “old taboos” around debt and deficits thrown out with dramatic implications. This will mean higher tax rates going forward – “clearly government is back big time,” he said.

He also noted how governments must now navigate complicated shifts between generations given the young have sacrificed much to protect the old during the pandemic. Here he forecasts a payback in the way we regard young people. He said politics was uncertain and called for stronger global institutions, urging for the same kind of consensus and institution building that followed WW2 and led to Bretton Woods, the United Nations and the creation of welfare states.

Goldin predicted a reduction in business travel as companies seek to save costs while tourism, which has already started to rebound, will bounce back. Regarding travel, he expects safe corridors to open between countries that could result in “safe terminals” at international hubs. They will provide corridor routes and multispeed travel to prevent mixing with “riskier” populations. The absence of a global authority has left “airlines the new conveyer of Covid-19” he said.

Casting into the future, Goldin said that the next crisis could come from an extreme climate event. He also flagged that new regulations like Solvency II and Basel regulations now have a “rear view” focus. Many parts of the financial system are not subject to this regulation, and still hold risk, he warned.

He also noted the need for geographical diversification in companies’ physical assets.

“Knowledge and assets focused on one building or one city are vulnerable. Too many corporate headquarters are located over the street from each other.”

Finally, Goldin flagged the need to educate stakeholders that resilience has a cost, and counselled that successful medium-term strategies might be wrong in the short-term.