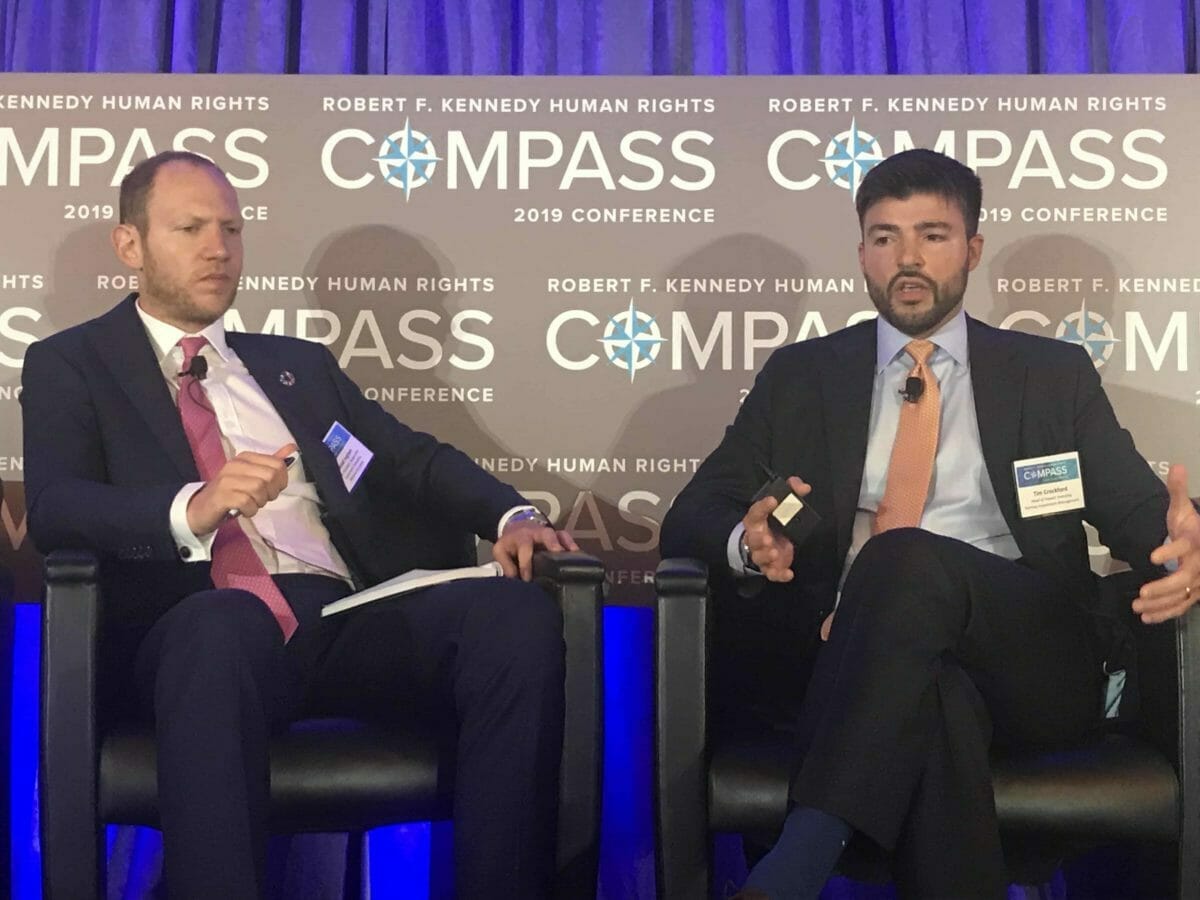 Impact investors need to start with a problem they are trying to solve, not an opportunity set, according to Tim Crockford, head of impact investing at Hermes Investment Management.

Speaking at the Robert F.Kennedy Human Rights Compass Investor Conference, he said impact investing is about finding the companies that are solving an un-met need through the products and services they are selling.

“Einstein’s quote ‘we can’t solve the problems with the same thinking that we used when we created them’ summaries what impact tries to do, which is to focus in on the companies that are offering solutions to an issue, and in doing so meeting the -unmet need is the opportunity.”

Impact investing came out of the private investment world, where issues were addressed on a community by community basis, but Crockford says in the public markets what becomes apparent is the scale of the problem.

“Impact investing requires a robust and repeatable framework – this frames the discussions we have and the work we do and who we talk to, companies that are genuinely on this mission. Impact allows investors to have their cake and eat it by meeting objectives of returns and having a positive impact on the environment and society.”

He pointed to a number of universal problems, including the problem of financial inclusion where about 1.7 billion adults around the world are “unbanked”.

“Nearly half of these people are based in just seven countries. Access to financial services is a critical step towards reducing both poverty and inequality,” he said.

Similarly reducing water stress was a global problem, and he quoted that by 2025 half of the world’s population will be living in water stressed areas; and the fact 80 per cent of wastewater flows back into the ecosystem without being treated or reused.

“If you can sell a product or service that helps solve this issue, then that will be a massive opportunity.”

His third example was around improving our health and wellbeing and the fact that non communicable diseases such as diabetes, heart disease and cancer kill 41 million people each year, which is roughly 71 per cent of all deaths globally.

“The UN estimates the global financial cost will reach $47 trillion by 2030 if nothing is done. There is a huge opportunity for companies to benefit and offer growth to their shareholders, but also do good beyond that for society.”

Crockford says to make a dent in the sustainable development goals capital from a broader universe than just governments is needed.

“Are companies demonstrating their impact as well as they could? This is one of the challenges we face, but we are also seeing great progress in this area. The solutions lie with companies thinking differently. The SDGs define the problem not the investment universe,” he says, adding Hermes has published a taxonomy which outlines why a company’s products and services contribute to a solving a particular problem.