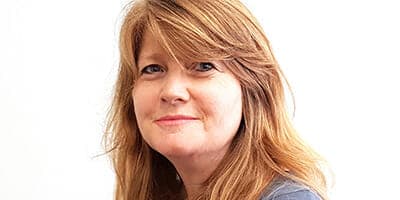 The Future Fund has appointed Sue Brake to the role of deputy CIO, portfolio strategy as part of the revamp of the $145 billion sovereign wealth fund’s investment team.

Brake, who will fill the newly-created role in June, will lead the fund’s portfolio strategy function – which is responsible for undertaking macroeconomic and capital markets research – blending this with the bottom-up information generated by the Future Fund’s sector teams to design optimal portfolios.

The strategist comes to the fund from Willis Towers Watson where she worked as a senior investment consultant since 2016.  Prior to that, Brake worked at New Zealand Super for seven years, with responsibility for the fund’s long-term investment strategy, and the design and build of their investment portfolio.

She was also instrumental in the setting up of NZ Super, establishing in-house currency and derivatives capabilities.

Brake, who has also been an external expert on investment management for the International Monetary Fund, will report to Future Fund CIO, Raphael Arndt.

Arndt said: “Sue is a widely respected investment professional and will make a fantastic addition to the Future Fund team.  She has extensive experience in institutional investing, where she has had an impressive career specialising in governance and investment process design, portfolio construction and managing currency and derivative programs.

“Sue will make a strong contribution to our investment leadership group which is responsible for our collaborative and joined up approach to investment, focusing on the performance of the portfolios as a whole.”

Last March, the Future Fund made some key changes to its investment team to strengthen the fund as it went into its second decade.

Arndt says the changes were in response to an operating environment that was getting more complex as the fund got bigger.

Hiring a third deputy CIO underlines the fund’s move to drive more collaboration between the investment teams in line with its one team, one purpose philosophy.

Certainly, Norris can see the changes from the restructure in the year since she was appointed deputy CIO.

“We are starting to build a greater sense of collaboration rather than each of us contributing the best thing we can individually – the restructure is making those connections a bit more tangible,” she says.

“We are also trying to help the sector heads feel they have some cross-accountability for actually delivering the overall portfolio outcome and that’s I think what has really changed.”