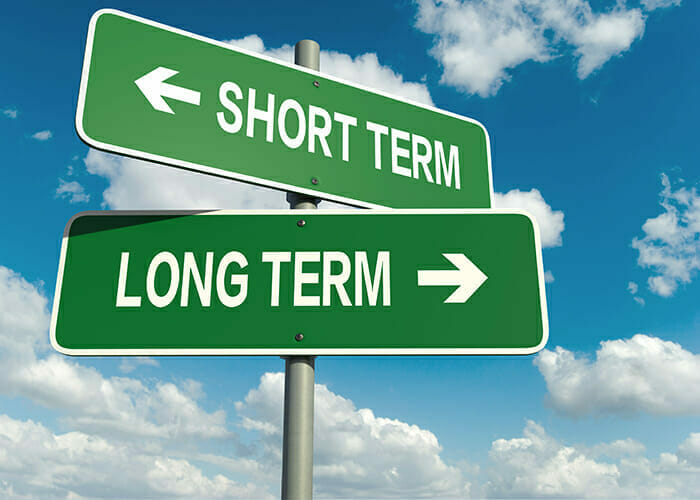 There is an opportunity for long-term investors to team up with corporates to actively shift the dial in the focus around the short term, according to Chris Ailman, chief investment officer of the $219 billion California State Teachers’ Retirement System (CalSTRS).

Speaking at the Sustainability Accounting Standards Board (SASB)annual conference in New York this week, Ailman suggested investors and corporates collaborating to end the focus on 90-day results could be beneficial.

“Are we obsessed in America with the short term? Heavens yes, it’s horrible,” Ailman says.

“Our country cares more about what the president tweeted this morning than they do about what happened in the last 20 or 30 years – that doesn’t matter. This is one area where, as long-term investors, we could team up with the Chamber of Commerce or Business Roundtable.”

He suggested changing the 90-day corporate results briefing with investors to be a conversation with just the CFO about the facts, and then have management talk about the long term.

“The long term doesn’t change every single 90 days, and management could reinforce that point like a drum beat, and emphasise that they think long term,” he says.

“I’m slow money, long-term patient capital – I shouldn’t care about the short term. We need to find one way to work together and turn this around.”

Ailman says California teachers had one of the longest life spans in America, and CalSTRS currently has 350 retirees who are more than 100 years old receiving benefits from the pension fund.

“I say to directors of companies, ‘As long as there are public school teachers in California, we will own your stock, which will be long after you’re on the board’,” says Ailman, who has been CIO of the pension fund giant since 2000, the longest-serving CIO in CalSTRS 105-year history.

Ailman was on a panel with Hans Op ‘t Veld, head of responsible investment at PGGM, who says companies seem to be more interested in the incremental buyer and seller than the long-term investor “which is a bit strange”.

In the case of PGGM, which manages around $250 billion, integrating ESG is a tool to help understand the companies they invest in and “tweak what is not right”.

“We are the providers of capital, not the CEO or the people running the company, so you can’t overstep your boundaries and make real changes. But we do have responsibilities as stewards of capital to understand why it is an acceptable investment,” he says.

At CalSTRS, Ailman said ESG is engrained in the culture and E, S and G are separately listed as risk factors in its investment policy.

“Every investment policy references back to our risk factors; it’s engrained in everything we do. We have an E, S and G team, and you will be seeing a comprehensive effort from us in all parts of the portfolio,” he says.

In terms of working with external investment managers, both investors said they wanted to make sure ESG integration was not a tick-the-box exercise.

“When we survey managers, about 97 per cent say they do integrate ESG. But our board wants us to go the extra step to say, ‘How? Prove it. Show us.’ We’ve seen managers where the ESG team is in a small building across the street and their badges don’t allow them access to the trade desk. That’s not what we are talking about,” Ailman says.

Need for a common language

Op ‘t Veld says it is not a question of yes or no when it comes to ESG integration.

“We see all the time fantastic frameworks, screens and numbers and, for the manager, it all works, but then we ask them if they back-test whether it works or not, and it becomes quiet,” he says.

“With managers you can’t ask the question of whether it’s yes or no. It’s more important to ask, ‘Are they involved in the decision making and to what extent is it based on data?’”

But Ailman also pointed out that some of CalSTRS existing managers are looking at long-term business risks – such as workforce turnover, harassment claims or how they deal with waste disposal – but they don’t label it ESG.

“A lot of time the credit, value and private equity managers look at these things but they don’t talk about them as ESG. They talk about them as long-term business risks. And I think that’s where we need to pay attention on whether they are focusing on things we care about. This is why I like SASB so much because it gives me something material to focus on, a framework to work with.”

Similarly at PGGM, Op ‘t Veld says there needs to be a common language.

Moderating the session, Anne Sheehan, who was a former staff member at CalSTRS, original board member of SASB, and is now chair of the SEC investor advisory committee, said the SASB materiality mapis a helpful visual. It’s an interactive tool that helps identify and compare disclosure topics across different industries and sectors.

Ailman is chair of SASB’s investor advisory group, which this year had a goal to reach out to 50 companies. It now has 30 companies signed up to use its matrix. SASB has $26 trillion in investor support including asset owners and asset managers.