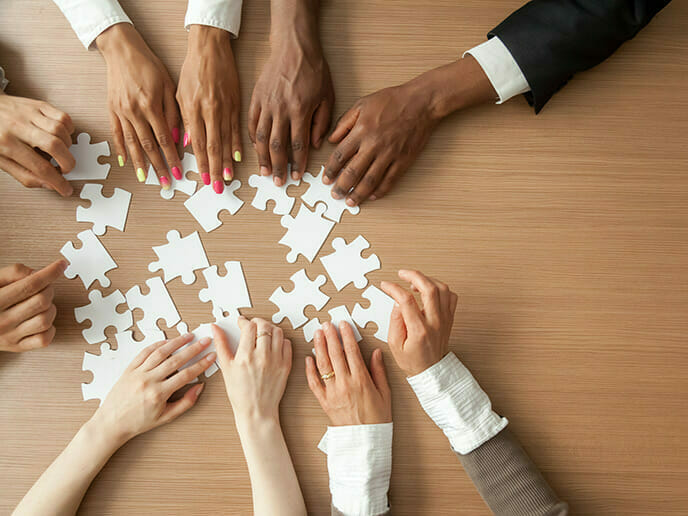 Letters to trustee boards and investment teams addressed ‘Dear Sirs’; conferences and events where the only dress code on the invitation is ‘suit and tie’; being called a ‘girl’ when you are in your 50s. These were recent anecdotes that female executives who spoke at the Diversity Project’s #actionnotwords event in London recounted with a sense of humour, but a serious message resonated: diversity in the investment industry remains a challenge, yet diversity in gender, age and ethnicity feeds into diversity of thought and experience, reduces risk and boosts performance.

Even pension funds that have put diversity at the top of the agenda have more to do, noted Elizabeth Renshaw-Ames, chief executive of HSBC Pension Trust in the UK. Renshaw-Ames leads a diverse team of 15, eight of whom are women and three of whom are from non-majority ethnicities.

“One of the youngest members of my team recently said that he felt culturally at home in the team but philosophically not,” she told the conference. “It was a wake-up call because I feel I am leading in an inclusive way to foster diversity of thought more than the physical manifestation of diversity. Yet this man was being honest in recognising there is more to do.”

The £25 billion ($32 billion) BP Pension Fund for employees of the oil giant is trying to counter the traditionally male culture in its industry by building diversity into its management team from the bottom up, noted David Rix, chief executive of BP Pension Trustees.

“Diversity can’t just be a dictate from the board and senior management,” Rix said at the event. “It is about getting every voice in the room involved and requires an organisational culture.”

BP Pension trustee initiatives include looking at ways to encourage women to return to work by offering flexible working practices, something that was championed by Rix’s predecessor, Sally Bridgeland, who worked part-time at the pension fund and set up a charity to support executive-level part-timers. The fund has three women on its nine-member board.

New asset manager £50 billion ($64 billion) Border to Coast Pension Partnership, one of the eight mega funds to emerge from England and Wales’ 91 local government pension schemes pooling their assets, is putting out a similar message in its bid to attract an internal team.

Based in the northern city of Leeds, away from London’s financial centre, Border to Coast wants to recruit an inhouse team of 70 and aims to attract talent by ensuring it is a flexible employer.

“At Border to Coast, we need to concentrate on a wider set of drivers to recruit people,” Border to Coast Pensions Partnership chair Chris Hitchen said. “We have a strong purpose and we can also ensure it is somewhere people will enjoy working and that it will fit with their lives, no matter who they are.”

Creating a new culture has allowed the asset manager to champion diversity from the beginning so it has become engrained and is now second nature, Hitchen notes.

“It’s interesting to watch because we have all the best candidates for the jobs, and there has been no positive discrimination. If you set up an organisation in a different way, then it has its own momentum and builds from that. It happens naturally.”

Pension funds are also putting pressure on their asset managers to take diversity seriously, a panel at the conference heard. The £30 billion ($38 billion) Brunel Pension Partnership won’t invest with managers that aren’t prepared to take diversity seriously because it would make alignment and a long-term partnership difficult, says chief executive Dawn Turner, who joined Brunel from the Environment Agency Pension Fund (EAPF), now in the Brunel pool.

“For me, a lack of recognition from any of our providers of the importance of diversity would make a difference if we did not think it could be addressed or was too much of a risk,” Turner said. “These are long term partnerships and there [must] be a cultural fit and” strategic alignment.

Moreover, she noted, if a manager doesn’t integrate diversity – or any other ESG factors – inhouse, they aren’t going to push for it in their investment process.

“ESG material financial risks are something we expect all our managers to consider,” Turner said. “If they are not responsive to us on this, or not demonstrating it in their own organisation, how can we be convinced that in their investment processes they really understand what it takes to look at those issues?”