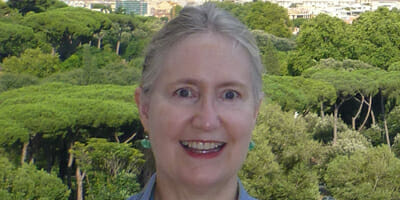 The $54 billion United Nations Joint Staff Pension Fund has adapted to be more dynamic in its asset allocation, a result of lessons learned from the crisis and new stress-testing capabilities. The belief in active management still resonates with the fund beating its 10-year policy objectives. Amanda White spoke to the director of the investment management division (chief investment officer), Suzanne Bishopric.

One of the more recent modern investment questions is: what is the ultimate allocation to cash?

Suzanne Bishopric, director of the investment management division of the United Nations Joint Staff Pension Fund, is not a fan of “negative cash” and she says the fact that the practice was widespread and accepted was “emblematic of the time”.  Cash was seen to be a drag on performance, and compared with high returns in illiquid asset classes, seemed a costly place to allocate funds.

She points to a number of university endowments, which on the eve of the financial crisis followed the “negative cash” approach.

“A target of negative 5 per cent sounded low and reasonable, but when the crisis hit the effect was detrimental.  A financial crisis is not the optimum time to apply for a loan or to ask for increased donations” she says.

By contrast, the UNJSPF was overweight cash which meant it could rebalance. But now Bishopric says the question is whether the fund has too much cash which might be acting as a performance drag.

“Cash doesn’t beat inflation, so you want to deploy it properly. But in 2008 everything went down.  There was a correlation of 0.99 among asset classes,” she says. “Some universities had to sell publicly-traded equities at the bottom of the market because of liquidity pressures. My own alma mater, Harvard, was also challenged by underwater swaps.

UNJSPF is relatively new to private equity and only has a 2 per cent allocation now. The plan is to invest around 1 per cent of the fund per year until about 7 or 8 per cent, with Bishopric keen to be thorough in due diligence and also ensure a diversity of vintage years.

“We’ll take a slow and steady approach and take stock around a 7 or 8 per cent allocation, eventually we’ll match the allocations of the Australian or Canadian funds,” she says.

While UNJSPF was overweight cash in 2008 it was not immune to the crisis, and also lost money.

The lesson, Bishopric says, is not to be overconfident about assumptions.

“We need to look at everything all the time,” she says. “We try to have a long-term view but there are some periods like in 2011 where there were lots of twists and turns and the reaction is to just get out of everything. But at $40 billion you can’t.”

She says now the whole industry is assessing what asset allocation means, and her fund is looking at different ways to slice the portfolio so it can be viewed in different lights.

“With our own risk management software we look at the total portfolio every week and stress test it every week using historical and imaginary scenarios. It’s helpful for decision making to see how different things move in different parts of the portfolio.”

“We assess what lower rates of economic growth globally, or within emerging markets, might mean, we then extend that and assess the effect on base metals and commodities and we realised they were embedded in lots of other parts of the portfolio as well, like in very sound mining companies.”

While Bishopric is loath to predict the future, she does say she expects lower interest rates “will be with us longer than we think”.

The surprise of 2014, she says, is that interest rates went even lower, and the number of countries running negative interest rates is at a record level.

“We saw this in the 1970’s when there was different pressure on the US$,” she says. “But I think low interest rates as a way to stimulate the economy has been over-used, it’s unnerving.”

As a result, UNJSPF is at the lowest level of its fixed income range – the allocation is 31 per cent plus or minus 7 per cent, and it is now at 24 per cent. “We’ve remained overweight the benchmark, it’s been a great equities year everywhere.”

The fund’s members are truly global, coming from 23-member organisations including the United Nations, the World Health Organisation, and the International Criminal Court (its most recent Pension Board meetings were held in Rome, hosted by FAO). In line with these liabilities, the fund has investments in 38 countries and 23 currencies.

It has invariably been overweight emerging markets, but Bishopric is selective.

“They can do well, but we need to use good judgement in where to allocate, both at a country and stock level,” she says.

It’s an investment philosophy that resonates at all asset class levels, with the fund a strong believer in active management.

For example within fixed income the allocations are very underweight the Japanese yen but overweight peripheral Europe, such as Poland, which worked well last year.

Bishopric and her team will continue to invest with caution.

The conversation around uncertainty is a conversation she has often, and as former treasurer of the United Nations, she’s well connected.

“I was speaking to Paul Volcker today,” she says. “The last time I spoke to him we were talking about Mexican bonds yielding levels under 6 per cent, in our conversation today I said we should have bought them!”

One of the continuing attributes of the defined-benefit United Nations Joint Staff Pension Fund (UNJSPF) is its realistic return target – set at a 3.5 per cent real rate of return. The fund has outperformed its policy objectives in one, seven and 10 year periods with the 10 year return to December 2013 of 7.2 per cent outperforming the policy benchmark of 6.8 per cent

“The people who manage the fund are beneficiaries too and most have worked in different parts of the UN. They have pride and really understand their responsibility,” she says.