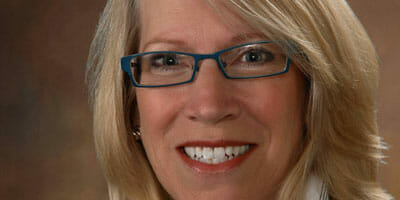 While the trend for most large institutional investors is to insource asset management, the $85-billion Washington State Investment Board (WSIB) has decided to take a different path.

Much-cited CEM Benchmarking research shows that funds with internal-management platforms are better performers after cost, and this is largely driven by the lower costs of internal management.

Many of the Canadian funds manage the majority of their assets in-house including OMERS, OTPP, CPPIB, and HOOPP, which manages all of its assets internally.

However, the $85-billion WSIB is bucking the trend, which comes after much executive research on the topic and debate with the board, says executive director of the fund, Theresa Whitmarsh.

“The fundamental point is the CEM work is good but I don’t find it a definitive case for insourcing,” she says.

Staff in the house

One of the reasons for this is the case for talent, she says.

“Many of the funds CEM cites are unique because they are in Toronto and they can attract the talent. Toronto is like pension Mecca, like a Silicon Valley for pension funds; it has a labour market that’s reinforcing and that is completely different to Washington State and Olympia where we are based.”

In addition, many US public-pension funds are restrained by their budgets.

Clearly this is an obstacle for the fund to hire more staff, which would be necessary to bring more assets in house, despite the potential future savings.

“At the board level, if we do more internally, we will need more legislative authority for budget, and that’s a non-starter in this market,” Whitmarsh says. “We’re succeeding under the current structure. I’m not completely convinced the insourced model is proven out.”

At a deeper level

Whitmarsh believes it is critical to look beyond peer statistics and to the circumstances that created the success.

“It’s not that simple. Success is not just governance and structure, but it is also asset allocation and the talent that could manage that. You have to look at it at a deeper level.”

She says the success of OTPP and CPPIB are often attributed to their insourced model, but it is also due to asset-allocation decisions and the organisations’ maturity.

“OTPP has had a high allocation to fixed income, which ruled last decade, and in the early 2000s CPPIB was not investing, so they missed the 2001 crash. Washington State has always been top-quartile with a largely outsourced model.

“What they’ve accomplished is excellent, but is it replicable for us just based on the insourcing model?”

The WSIB manages investments for 17 retirement plans, and at the end of June 2011, 31 per cent of its assets were in fixed income, 35 per cent public equities, 18 per cent private equity, 10 per cent real estate, and the rest allocated to tangible assets, innovation and cash.

The fund will conduct an asset allocation review in 2013.

Theresa Whitmarsh will join a panel on the insourcing debate at the Fiduciary Investors Symposium in Santa Monica. For information, click here.

To find out more about in-sourcing and other management options, click here to read The scope of financial institutions: in-­sourcing, outsourcing and off-­shoring.