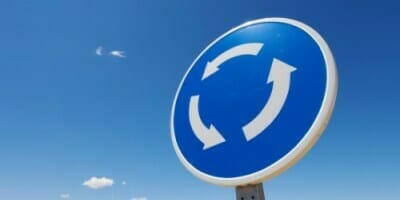 CalPERS chief executive Ann Stausboll told delegates at an investor summit on climate change held in New York this week that the fiduciary duty of pension funds should extend to issues outside the parameters typically understood as being directly related to beneficiaries’ financial interests.

Stausboll said it is a fiduciary duty of investors not only to manage risk and look for opportunities associated with climate change but also to push for business and government action to tackle environmental and sustainability issues.

“We’ve made enormous progress in just the past few years, but we need to keep up our continued engagement with companies and policymakers to help advance the transition to a sustainable global economy,” Stausboll said.

“As fiduciaries, it is our job to make sure investors, businesses and policymakers are responding aggressively and creatively to the risks and opportunities associated with climate change and other sustainability issues.”

Stausboll made the comments at a UN-backed investor summit that was jointly organised by Ceres, a sustainability leadership lobby group.

The summit, held in the UN’s headquarters in New York, attracted 450 global investors with more than $10 trillion in assets under management.

Her views were echoed by CalSTRS chief executive Jack Ehnes, who also addressed the Investor Summit on Climate Risk and Energy Solutions.

“As a matter of fiduciary duty, we must elevate our attention and action on this huge issue. That means improving our own practices and making sure companies we own are doing the same.”

Delegates at the summit called for greater investment in low-carbon technologies and tougher scrutiny of climate risk across portfolios.

Investors signed on to an action plan calling for greater investment in clean technologies. They also committed to raising the scrutiny of companies they invest in to ensure that corporations are managing climate change risk.

Attendees were told that investment in green technology had increased to a record $260 billion but was still far short of the levels needed.

The report showed a surge in total investment in solar power, increasing by 36 per cent to $136.6 billion globally. The US also overtook China for the first time since 2008 in total clean energy investment.

At the summit Deutsche Asset Management released a study on climate investment and policy in 2011.

The report, 2011: The Good, The Bad, and the Ugly acknowledged there was mixed progress on tackling climate change.

Total investment in clean energy and energy efficiency markets (public, private and infrastructure) was nearly $140 billion in the first three quarters of last year. This compares with compared to $103 billion over the same period the previous year.

But public market investment in cleantech slowed considerably in 2011. Investment was down almost 25 per cent at the start of December 2011 compared to the same time last year, the Deutsche Asset Management study revealed.

The DB Nasdaq OMX Cleantech Index and the WilderHill New Energy Global Innovation Index were both down 36 per cent in 2011 compared with an 11.5 per cent drop in the MSCI World Index.