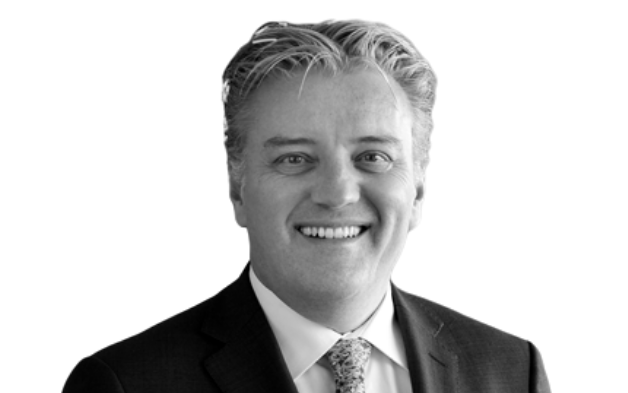 Globalisation, the cross border flows of trade, capital, people, and information, has had a profound impact on efficiency, competition, growth and inflation, all factors keenly watched by investors and influencing asset allocations. It is no surprise the appearance of de-globalisation trends has investors worried, but speaking at the Fiduciary Investors Symposium at Chicago Booth School of Business, Patrick Zweifel, chief economist, Pictet Asset Management, said although trends in globalisation are changing it is not about to disappear.

The origins of globalisation date from steam power. More recently it has grown with the globalisation of information dating from the mid-90s. Against a backdrop of growth, globalisation has also gone through phases of decline however. The most recent decline began in 2008, visible in protectionist measures like the US-China trade war while the pandemic slowed trade and the movement of people, reducing tourism and business travel. “The question is whether the pandemic and war [in Ukraine] will exaggerate the trend over time,” asked Zweifel.

Other factors are also feeding into the de-globalisation narrative. Emerging economies are producing more goods of their own than they used to; consumers in emerging markets are wealthier and consume more domestic production. US foreign direct investment has declined since 2008, and he noted a decline in companies investing abroad or outsourcing production.

Elsewhere, weak institutions are exacerbating the trend like the WTO, struggling to influence decision making. However, Zweifel noted that this hasn’t stopped regions in the world making their own free trade agreements like the Regional Comprehensive Economic Partnership (RCEP) made up of 10 Southeast Asian countries, as well as South Korea, China, Japan, Australia, and New Zealand.

Climate change has also changed consumer behaviour, leading people to buy more locally and travel less. However, Zweifel noted that the energy transition is creating new trade flows. For example, new trade corridors will open up as flows from oil exporting regions in the Middle East give way to flows from metals exporters in countries like Chile, the DRC and Australia. Moreover, although protectionism is rising, he said it may be confined to certain protected areas like technology and medical supplies where he says re-shoring is most likely.

Re-shoring will bring challenges for many companies. Often touted as the best response to reducing supply chain vulnerability, companies that re-shore will lose their comparative advantage and see their labour costs rise. Moreover, reshoring is happening when labour markets are already tight. The only way to counter higher wages will be for countries to open their borders to immigration creating a paradox. “Countries could be forced to import a labour force into their own country,” he said. Countries with better demographics are best positioned to reshore, he said. “Demographics will make a difference.”

Near shoring, or friend-shoring, provides an alternative that successfully reduces or shortens the supply chain but does not rely on domestic production. Zweifel also counselled on the importance of companies diversifying their supplier base.

Drawing on several, diversified, suppliers ensures companies are better positioned to always be able to produce their goods. He suggested companies see this strategy as a kind of insurance premium. Although it will cost more, it means they won’t have to halt production or see their margin impacted by reshoring. He noted how European economies have woken up to the risk of not having a diversified energy source away from Russia. Only now are countries making deals with other producers like Algeria.

He noted how internet access is fuelling growth in emerging markets – however internet access is still low across Asia, creating room for these economies to catch up. This will allow societies to have more access to the services like banking and finance on their phones that are essential for economic growth.

Elsewhere, Zweifel noted how the pandemic has fuelled tech innovation and reduced the cost of face-to-face contact, leading to new telemigrants (people sitting in one nation and working in offices in another) allowing companies to reduce the cost of labour by employing talent overseas and holding benefits for emerging markets. Elsewhere the cost of production of goods is falling because of technology and AI.

All these changes will feed into the inflation narrative. The price of goods might rise with reshoring, hitting companies cost of production and profit margin, however technology will also drive down production costs. Zweifel concluded that  investors should gain exposure to new themes like digitisation, robotics, and clean energy.