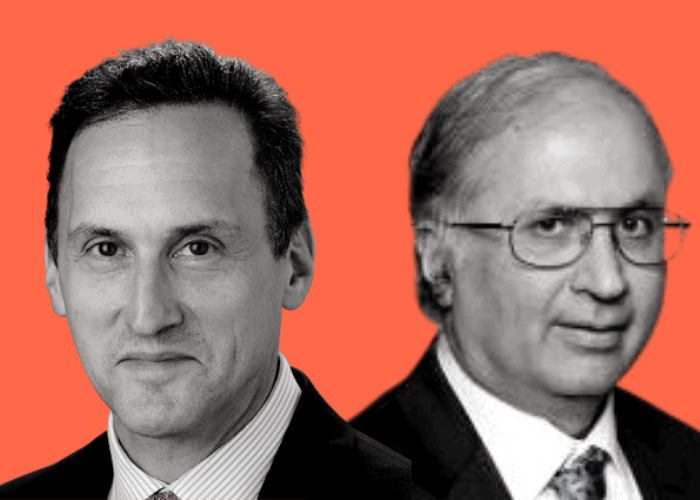 Inflation is the number one investor concern and whether it is here to stay was the subject of much debate at the Fiduciary Investors Symposium. While its longevity is contested it was agreed that its presence has important implications for the correlation between bonds and equities which creates problems for portfolio design. Investors at PGIM, QMAW, CPP Investments and NEST discuss.

Inflation has become the number one investor worry according to a poll of delegates at FIS Digital 2021 with 51 per cent of respondents naming it above any other risk.

Today’s inflation is a consequence of a powerful surge in growth coming out of the pandemic, bottlenecks in certain goods and changing consumer preferences, said Robert Tipp, chief investment strategist and head of global bonds at PGIM Fixed Income which manages more than $900 billion.

He said that although it is unclear how long it will last, the idea that it is here to stay could be ill-founded. Country by country and demographic drivers are disinflationary, he told delegates, arguing that today’s robust economic activity will tail off and the economy could well return to its sluggish 2019 state.

In contrast, Sushil Wadhwani, chief investment officer at London-based investment firm QMAW, urged investors to prepare for uncertainty. He counselled that although “clever people at the Fed” are saying inflation will be transient it is far from clear if it will pass through or hang around. Although he said it is likely to be lower in the next few years compared to current levels, it could still be “uncomfortably high.”

Even transient factors can take a while to unwind – particularly a labour shortage. Structural changes in today’s labour market triggered by the pandemic could take years to pass through and trigger higher inflation for a while yet. Moreover, he said mood music around the minimum wage has changed with many companies suggesting they will increase what they pay. The longer inflation stays high, and the less pre-emptive central banks are in trying to curb it, the greater the risk.

Recalling his own experience as a member of the monetary policy committee at the Bank of England, he said central banks never make decisions on one single, “noisy” data point. Instead, they seek to distil the essence of what is going on. If the data begins to get uncomfortable through 2021, the Fed will likely bring forward tapering and change its signalling on short term interest rates, not currently expected to rise until 2024. However, he caveated that any change in tone or policy is unlikely to happen until a new chair is appointed in 2022 when Powell’s four-year term at the head of the central bank ends.

Tipp said a current challenge for investors is keeping to strategic asset allocations, and navigating the impact of lost diversification between stocks and bonds. He said very little is priced-in regarding rate hikes over the next two years, and noted that inflation in Europe is still well below the ECB’s target 2 per cent which could put rate hikes on hold for years. As for opportunities in emerging markets off the back of inflation, he said hard currency returns in developing markets are challenging to capture.

One popular inflation proofing strategy comes via increased allocations to commodities, said Wadhwani reflecting on QMAW’s 35 per cent exposure to the asset class. However, he steered away from recommendations and said agility is the key to success in the current climate. For example, central bank policy changes would quickly alter the investment landscape.

“In an uncertain environment you need to be agile rather than get fixed on a particular hedge,” he said.

Indeed, QMAW is tactically long commodities because inventories are low and more than half of commodity markets are in backwardation – whereby the future price is lower than the current price because of scarcity. Looking ahead however, he said factors like China prioritising financial stability over growth could quickly change the picture. Moreover, if central banks turn hawkish, it bodes badly for industrial metals.

Mark Fawcett, chief investment officer at the United Kingdom’s NEST is also circumspect if inflation will rise further. Working as head of Japanese equities based in Japan in the 1990s has given him experience with regarding to inflationary signs. He said governments have turned on the fiscal taps to fight the economic impact of the pandemic, but people know it will all have to be paid for. Taxes will rise and this means deflationary forces could hold back the demand side.

He also added that systemic forces will also drive down inflation – taming inflation won’t just be the responsibility of central banks.

For Geoff Rubin, chief investment strategist at the C$475 billion CPP Investments in Canada, the real danger is a policy mistake from central banks.

He said the giant pension fund’s portfolio is not designed for unanchored inflation. Adding that central bank credibility has provided an extraordinary backdrop to investment decisions – and any sense that discipline might be eroding could end badly for the portfolio.

Insurance assets like inflation linked bonds or commodities are good in the short-term but don’t fit easily in a long-term portfolio.

Rubin added that uncertainties around inflation will threaten the negative correlation between bonds and equities that investors have long benefited from, posing a real problem for portfolio design. He also noted that the consequences of inflation would differ for different investors. For example, CCP Investments has a liability structure that is supported by a rise in inflation.

Tipp added that today’s positive correlation between bonds and equites would change if the economy stutters.

At NEST, the (negative) correlation is less pressing: Fawcett said NEST doesn’t hold long-term developed market bonds in its portfolio. It is in these assets, he said, where most of the money printing has happened.

Wadhwani concluded that inflation spikes particularly in certain monetary regimes. For example, the UK could well “wake up and smell the coffee” given the high level of public debt, little appetite to raise taxes and forecast increase in public spending. It could point to a “catalytic” (inflationary) event that might not translate outside the UK.