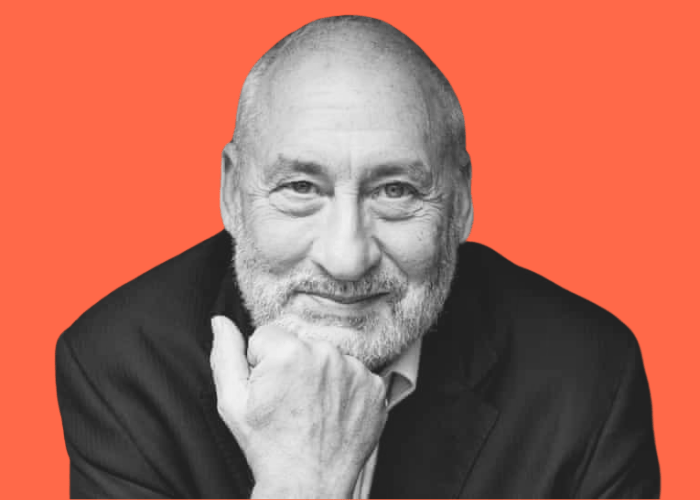 Celebrated economist Joseph Stiglitz, University Professor at Columbia Business School, says the slowness in developing a comprehensive approach to debt in emerging markets and developing countries will result in a weaker global recovery. He urged for a restructuring of debt in a coordinated approach between the public and private sector.

Speaking at FIS digital in May Joseph Stiglitz, University Professor at Columbia Business School and Nobel Prize winner, began by noting the large difference in various governments’ ability and willingness to act to support the recovery leading to an uneven recovery.

“It will not be a global recovery until the disease is under control and there is equal access to the vaccine,” he said.

He noted the big change in US policy in support of equal access to the vaccine. Commenting how the vaccine waiver on IP would allow many countries to produce the vaccine, he said that drug companies are arguing developed countries don’t have the capacity to produce vaccines.

“If they don’t have the capacity, what is the problem?” he asked.

He noted how the biggest producers of the vaccine in India and South Africa also face a clear shortage of supply. And cited other important measures to increase access to the vaccine like the lifting of US export constraints on critical ingredients to make the vaccine.

“There has to be a transfer of technology to make production accessible,” he said, adding there is no place in the world that is safe until every place is safe.

Stiglitz noted that although the US has taken measures to fuel a strong recovery, emerging markets don’t have the resources to do the same and are spending a fraction of their GDP in contrast. Here, he noted that Biden is now supporting the IMF’s Special Drawing Rights (SDRs) which could see additional funds flow to developing economies, especially if advanced economies, which don’t need the additional funds, follow through on initiatives to recycle them to the more needy.

Stiglitz noted that many emerging market economies were in debt before COVID making their current situation unbearable.

He urged for a restructuring of debt in a coordinated approach between the public and private sector.

“We need policies to encourage private creditors to participate,” he said.

Stiglitz downplayed the threat of US inflation. He argued that the only time the US economy has succeeded in bringing marginalised groups into the labour force and have wages rise has been when the labour market is tight.

“I am hoping we have a tight labour market,” he said, welcoming a slightly heated economy.

He noted that the US is leading the global recovery with China and noted ample supply ahead. Even so, if the market grows too overheated central banks have tools to counter at their disposal.

The Fed could raise interest rates, something he described as a good thing. He said near zero interest rates distort capital markets and allocations.

“Getting out of a zero interest environment would be good for the US and global economy,” he said. Elsewhere he noted the need to raise taxes and end a regressive tax system.

Responding to Stiglitz’s remarks, Fiona Reynolds chief executive of the PRI warned that government assistance was removed too early in the wake of the GFC, cutting spending in essential services and leading to economic inequality and warned about falling into old traps.

Regarding the need to build back better after the pandemic she stressed the importance in rectifying underinvestment in health and education, adding that pushing wages down and tax avoidance has eroded the base for essential services. However, she said she was encouraged by trends by activist investors to bring about change at oil majors Exxon and Chevron.

She noted how more investors now understand that having a good ESG strategy is good for business.

“We can see this in the amount of money pouring into ESG funds,” she said. She also urged investors to integrate the SDGs, getting behind them to build back better.

“We can solve most of world’s problems via the SDGs,” she said.

Jaap van Dam, head of strategy at PGGM in the Netherlands also noted the importance of the SDGs in steering investor strategies towards building back better.

“The building blocks are in place and pension funds are motivated to move ahead; they just don’t always know how, and best practice isn’t in place,” he said. Here he drew delegates attention to an SDI Asset Owner Platform developed with APG which combines an SDI taxonomy with AI to assess thousands of potential sustainable development investments.

Like Stiglitz, Sharan Burrow, general secretary of the ITUC in Belgium argued that inflation and rising wages would provide valuable support to the broken labour market currently characterised by insecure and low paid workers.

“We need to look at a different model,” she said urging investors to integrate ESG.

“If we leave people behind mistrust in democracy will grow, moreover a low minimum wage ($15 an hour in the US) is ridiculous in such a rich country.”

She also noted the perils of vaccine nationalism, counselling on the importance of sharing production capacity.

“If we don’t share production capacity how can we meet demand for vaccine shots,” she asked. She said that vaccine cooperation reflects countries’ ability to cooperate in the green transition or if it will still be a winner takes all approach that threatens to kill people’s belief in the future and put democracy at risk. Elsewhere, she said tax reform should be front and centre.

Stiglitz concluded with notes that if governments had spent a bit more on vaccines the disease would have been over, quicker.

“For sure the cost of the pandemic has reached trillions, but if we’d spend a few more we would have reduced that cost.”

He said that investors should interpret their fiduciary response broadly.

“I hope those who are investment managers think about the consequences of how they invest,” he said. “We entrust much power to the people who makes these decisions.”