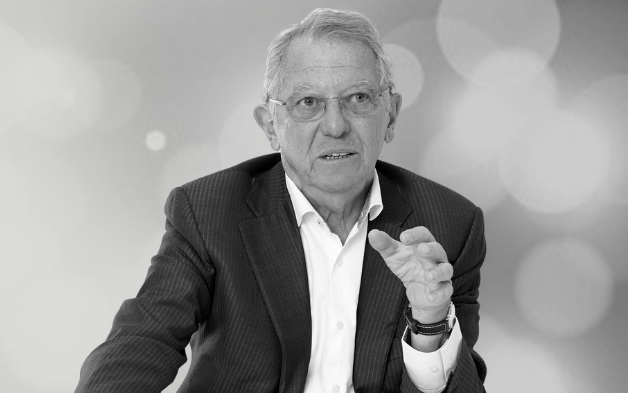 In this live recording from Sustainability in Practice, hosted by Top1000funds.com at Cambridge University in April 2022, Professor Sir David King speaks with Amanda White.

Professor Sir David King is Emeritus Professor of Chemistry, University of Cambridge; Founder and Chair of the Centre for ClimateRepairin the University; Chair of the Climate Crisis advisory Group; an Affiliate Partner of SYSTEMIQ  Limited;  Senior Strategy Adviser to the President of Rwanda and founder member of the Clean Growth Leadership Network, CGLN. He served as Founding Director of the Smith School of Enterprise and the Environment at Oxford University, 2008-2012, Head of the Department of Chemistry at Cambridge University, 1993-2000, and Master of Downing College Cambridge 1995 – 2000.

He was the UK Government Chief Scientific Adviser, 2000-2007, the Foreign Secretary’s Special Representative on Climate Change, 2013-2017, and Chair of Future Cities Catapult, 2012-2016. He has travelled widely to persuade all countries to act on climate change. He initiated an in-depth risk analysis approach to climate change, working with the Governments of China and India in particular, and initiated a collaborative programme, now known as Mission Innovation, to create a £23bn pa research and development international exercise, which involves 22 countries and the EC, to deliver all technologies needed to complete the transition into a fossil-fuel-free world economy.

In June 2021, he launched the Climate Crisis Advisory Group,CCAG, a global team of 15 climate experts drawn from 10 countries who give monthly public (virtual) meetings on their work, available to all. CCAG are able to respond, with authority and quickly, to current needs in the process of protecting our future, with advice on the actions needed to deliver this effectively and safely.

He was born in Durban, educated at St John’s College Johannesburg and at Witwatersrand University, graduating in Chemistry and a PhD in physical chemistry. He has received 23 Honorary Degrees from universities around the world.

As Govt Chief Scientific Adviser he raised the need for governments to act on climate change and was instrumental in creating the British £1 billion Energy Technologies Institute. He created an in-depth futures process which advised government on a wide range of long-term issues, from flooding to obesity. He was Member, the President’s Advisory Council, Rwanda, and Science Advisor to UBS, 2008-12

He has published over 500 papers on surface science and catalysis and on science and policy, for which he has received many awards, medals etc. and 23 honorary degrees from universities around the world.

Elected Fellow of the Royal Society in 1991; Foreign Fellow of the American Academy of Arts and Sciences in 2002; knighted in 2003; made “Officier dans l’ordre national de la Légion d’honneur” in 2009.  In Feb 2022 he was awarded the David and Betty Hamburg AAAS award for Science Diplomacy