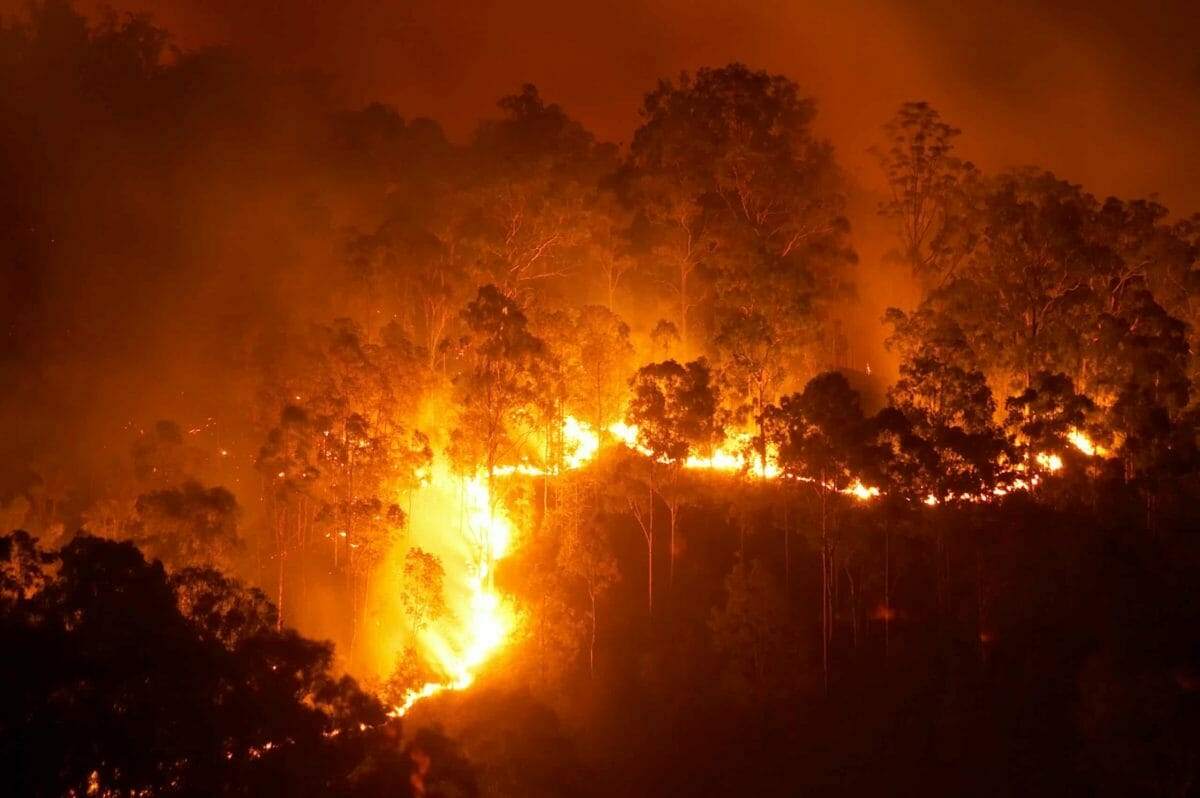 On Christmas Day, Tourism Australia released a $15 million tax payer funded advertising campaign aimed at luring the British to have more holidays down under. Sitting in Melbourne with friends and family enjoying a Christmas lunch shrouded by smoke haze and about to head to the New South Wales South Coast, it seemed like one of the most ill-timed tourist promotions in history.

Far from the beautiful animals, beaches and bush depicted in the star-studded campaign, what most people across the world were beginning to see was increasingly apocalyptic images of a country being ravaged by the most severe bush fire season in the country’s history.

The advertising campaign reflected the relaxed image of Australia at play. So relaxed that the Prime Minister headed off on holiday to Hawaii just as temperatures soared and a new round of conflagration broke out in south east Australia – on top of the many fires still burning since September.

The holiday trip for the PM was typical of a tone-deaf government which, upon gaining power in 2013 prioritised repeal of Australia’s nascent carbon pricing scheme and wasted the intervening years to 2020 failing to heed the domestic and international science-based assessments of coming climate impacts on a fire-prone nation. I have been an extremely vocal critic of Australia’s stance on climate change and share the concerns of many Australians working internationally on climate and sustainability issues about the future of our home country – and not it seems without some justification.

As it stands today, at least 28 people are dead, close to 2,000 homes destroyed, a billion animals have been killed, nearly 15 million acres of land have been burnt, an area larger than the size of many small European nations. There is also huge ecological impact and economic costs will run into the billions – not to mention the psychological costs. All this, and the “normal” fire season runs into March, so the danger is far from over.
To date more than one third of Australians are impacted by the fires. The never-ending smoke is so bad it has reached New Zealand and now South America. The long-term health consequences are yet unknown. Never in my lifetime did I think I would see kids playing on the beach in smoke masks.

The destruction in Australia should shock us all. Its emblematic of the so-called “natural disasters” being felt with increasing severity across the globe, the climate impacts already baked into our global weather patterns which we all have been repeatedly warned and warned about, but somehow continue to ignore.

Perhaps most shocking though is that despite the loss of lives and habitat, the government has said in a roundabout and meagre fashion that while it ‘acknowledges’ the link to climate change Australia will not be making any changes to its manifestly inadequate climate and energy policies. This from a country that ranks 56th out of 61 countries in the 2020 Climate Change Performance Index, which looks across the categories of emissions, renewable energy, energy use and policy. When it comes to climate policy, Australia ranked last even behind the United States which has announced its intention to withdraw from the Paris Agreement.

One of my strongest criticisms has been of the climate deniers and fossil fuel industry, and behind them the powerful domestic lobby groups like the Minerals Council, the Business Council and others. Already named among the worst in the world for negative climate lobbying which have been a long-term drag on climate action, often mouthing concern in public but behind the scenes stamping hard on the brakes to prevent progress on national policy.

The lobbyists are certainty alive and well in this country, with a government happy to dance along. At the recent Madrid COP, Australia was front and centre as one of the countries along with United States, Saudi Arabia, and Brazil holding back progress on climate action.

Tackling negative corporate climate lobby groups is an issue that needs to rise in importance on the investment community’s agenda. In both Australia and the US, the anti-climate business lobby groups are winning the day. 2020 needs to see the tables turned, and corporate members either resign from these groups, as Australia’s telecommunication giant Telstra is contemplating, or forcing some drastic and sustained reforms.

We all know that we face a climate emergency and some very stark evidence of the emergency is being played out over this Australian summer. With COP26 being held in the UK this year, and countries due to commit new and more ambitious nationally determined contributions (NDCs), the investment community must play a larger role in combating climate change.

The investor agenda must play a leading role in encouraging governments to be ambitious and support them in more ambitious policy. We need to demand that governments listen to the experts from all walks of life and act accordingly when producing their NDCs.

In Australia we are fortunate to have the oldest indigenous culture in the world, and we all could learn something from them, particularly when it comes to respect for the land. Land is of great significance to Aboriginal and Torres Strait Islander people. The “country”, or the land, is known as the mother and it encompasses an interdependent relationship between an individual and their ancestral lands and seas. They believe that we must look after the land, the mother, if we want the land to look after us – which of course makes perfect sense.

Perhaps it’s best summed up by this quote from Dennis Foley, a Gai-mariagal and Wiradjuri man, and Fulbright scholar.

“The land is the mother and we are of the land; we do not own the land rather the land owns us. The land is our food, our culture, our spirit and our identity.”

Australia in January 2020 has become the newest example of a climate-impacted land. Others will take their turn. The planet is mother to us all. In this decade we must redouble our efforts to protect her.

Fiona Reynolds is chief executive of PRI. She is an Australian living and working in London.