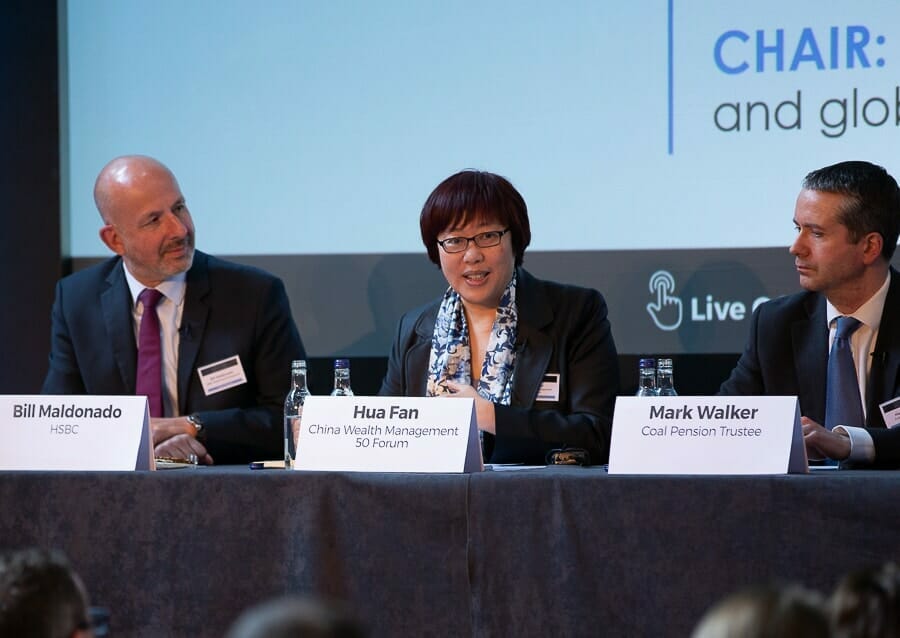 Investors spend too much time enquiring into investing in China, when they should be assessing Chinese investments, says Mark Walker, chief investment officer of Coal Pension Trustees which will invest in onshore Chinese equities for the first time.

Speaking on a panel at the Fiduciary Investors Symposium, chaired by Bill Maldonado,regional CIO for Asia, and global CIO for equities at HSBC, Walker said while that might sound like the same thing there was a difference.

“When I look at some of the questions from the investment sub-committees and trustees we spent a lot of time talking about investing in China as opposed to making China investments. Questions tend to come about investing in China the country, questions such as can we get our money back, what if policy changes, how do we deal with a top level political and economic environment opposed to freer markets? But when we buy equities we are buying Chinese companies, and that is an awfully good opportunity set.”

Coal Trustees is already a “big investor in China” according to Walker, with about 10 per cent of the private equity portfolio is in Chinese funds, and roughly the same proportion in in the public equities portfolio allocated to China.

“If we think we are a long-term investor and that returns are driven by economic growth then it is difficult to ignore China as a big part of your future investment opportunities,” he says.

The fund is about to invest in onshore investments for the first time which will broadly increase the allocation to China by 1 to 2 per cent, with the fund spending a lot of time in the past six months looking for investment managers in A shares.

“When my team recommended that a third of onshore equities goes into a systematic manager, which is all based on information flows and signals, it led to questions about the accuracy of information. It’s different but not that different to other markets opening up. Information increases over time.”

Hua Fan, who is director and chief strategist of the China Wealth Management 50 Forum and former head of asset allocation at CIC says a good source of data “truth” is Chinese asset managers because they are putting money to work and “have to tell the truth to authorities”.

“They have better knowledge of what is going on locally and are my channel to get the information on what’s happening locally .”

“Chinese assets have low correlation and also offer pretty decent expectations compared to the rest of the world’s assets, and they are less expensive than other assets,” she said. “People worry about the volatility of Chinese assets. We often joke we have the worst beta in the world but the best alpha.”

Fan said she had looked at studies of active management in China, including Morningstar figures, and found that Western managers managing China markets out of Europe alpha is 2.2 per cent, for local Chinese managers the alpha is more like 8 per cent per year. She said one of the few long-term investors in China, the National Social Security Fund, had a 10 year outperformance of 15 per cent per year.

“There is alpha there but you have to move early,” she said.

Also on the panel, Remy Briand, chair of the index policy committee at MSCI, said there had been a lot of improvements made in the Chinese equity market since its inclusion in the index.

Briand, who has been involved in market classification and re-classification for 15 years, saidIf those improvements continued it could be a possibility that assume that China could get to 100 per cent inclusion.

“The numbers for that are quite staggering, in equities China would represent 45 per cent of emerging markets and with the potential new IPOs and changes in evaluations China could be 10 or 15 per cent of the entire universe. this is something that I think most market participants have not internalised, and they think China is very small. But the market is huge – as big and deep as the US market,” he said. “The proposition of the economy represented in the stock exchange is very low compared to other countries, so there are a lot of additional companies that could get into the market,” he added.

“The future to a large extent is dependent on how quickly the Chinese authorities want to continue the opening.”