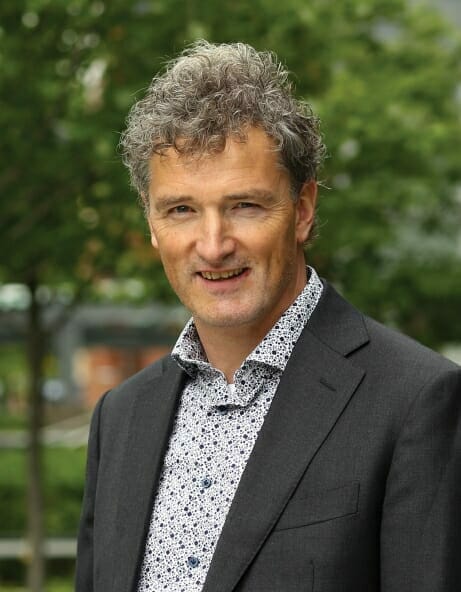 One courageous pension fund is letting its members put their money where their mouth is. The Pensioenfonds Detailhandel has surveyed its members about their sustainability preferences and is actually making investment decisions based on the results of the survey.

In June 2018, active members of the €23 billion fund for retail workers in the Netherlands were invited to participate in an online survey run by academics at Maastricht University. Respondents were asked to decide on the sustainable investment strategy of their pension fund, specifically whether the fund should focus on three or four sustainable development goals (SDGs).

About 3.4 per cent of the 49,552 members invited to the survey answered the question on whether to add or leave out a fourth SDG. This survey was consequential, which meant that – whatever the results – the board committed to implementing them.

“No pension fund has ever committed ex ante to the results of a survey,” says Rob Bauer, Professor of Finance at Maastricht University, one of the authors of the paper resulting from the survey titled, Get Real! Individuals Prefer More Sustainable Investment.

“We are not aware of any pension fund that gave its members a consequential vote on the investment strategy of the whole pension fund,” the authors say in the paper.

Pensioenfonds Detailhandel is a lean organisation with only seven employees and a lot of passive investments. Several years ago it moved into sustainable investing, with Bauer, who is also executive director at the International Centre for Pension Management, advising them at the time.

Their initial sustainability strategy included engaging with companies and voting their preferences around three of the United Nations’ Sustainable Development Goals – it had chosen the goals of climate action; decent work and economic growth; and peace, justice and strong institutions.  They also chose to exclude a limited number of companies including controversial weapons stocks.

In more recent times the board expanded their focus to include sustainability in the investment process, rather than just have it as part of engagement and voting.

“They decided this was not enough and wanted to look at including sustainability in their investment process, but they wanted a mandate from their members,” Bauer says.

The fund wanted to explore adding a fourth SDG, namely responsible consumption and production (such as no child labour), engaging Bauer and his colleagues from Maastricht, Tobias Ruof and Paul Smeets, to engage with members.

The survey found that 67 per cent of the members surveyed were in favour of expanding to a fourth SDG.

Importantly, the survey also revealed that the choice for more sustainability was driven more by social preferences than financial beliefs, Bauer says.

The survey found that even those members that said adding a fourth SDG would result in lower returns, mostly voted in favour of adopting the fourth SDG.

“Even among those who expect four SDGs to yield lower returns, 57.7 per cent chose four SDGs. Thus, even when people expect to be worse off, they favour the more sustainable option,” the paper says.

“There was a willingness to pay,” Bauer says.

“There is a big risk that if you ask these questions in the wrong way there is a high cost. The design of the question was very important, as the answer depends on how you frame the question.”

He believes this paper has added to the academic literature, with both co-authors behavioural economists, and they will take this approach to the insurance and the private banking sector.

The High Level Expert Group on Sustainable Finance is contemplating asking financial services providers in Europe to survey clients on their sustainability profile. The provider will then need to make sure the clients’ portfolios are in line with their survey preferences. This may also come to the pension sector.

The study by the Maastricht professors could add value to the framing of these questions.

Four days after the results of the survey were published, the board made the decision to add the fourth SDG.

Pensioenfonds Detailhandel is now actively looking at how to implement the addition of a fourth SDG across its investment process.

The fund has instructed its engagement overlay manager to take consideration of the fourth SDG, and is working with an index provider to re-weight its passive exposures based on the sustainability scores of these four SDGs.

The fund is also spending more time on voting. In 2017 it engaged with 246 corporate boards to promote sustainability.

“The board makes decisions all the time for the average member, and there is always someone that’s not happy. The survey found 67 per cent of members surveyed said to implement the fourth SDG. The board thought really hard and decided to ask members,” he says.