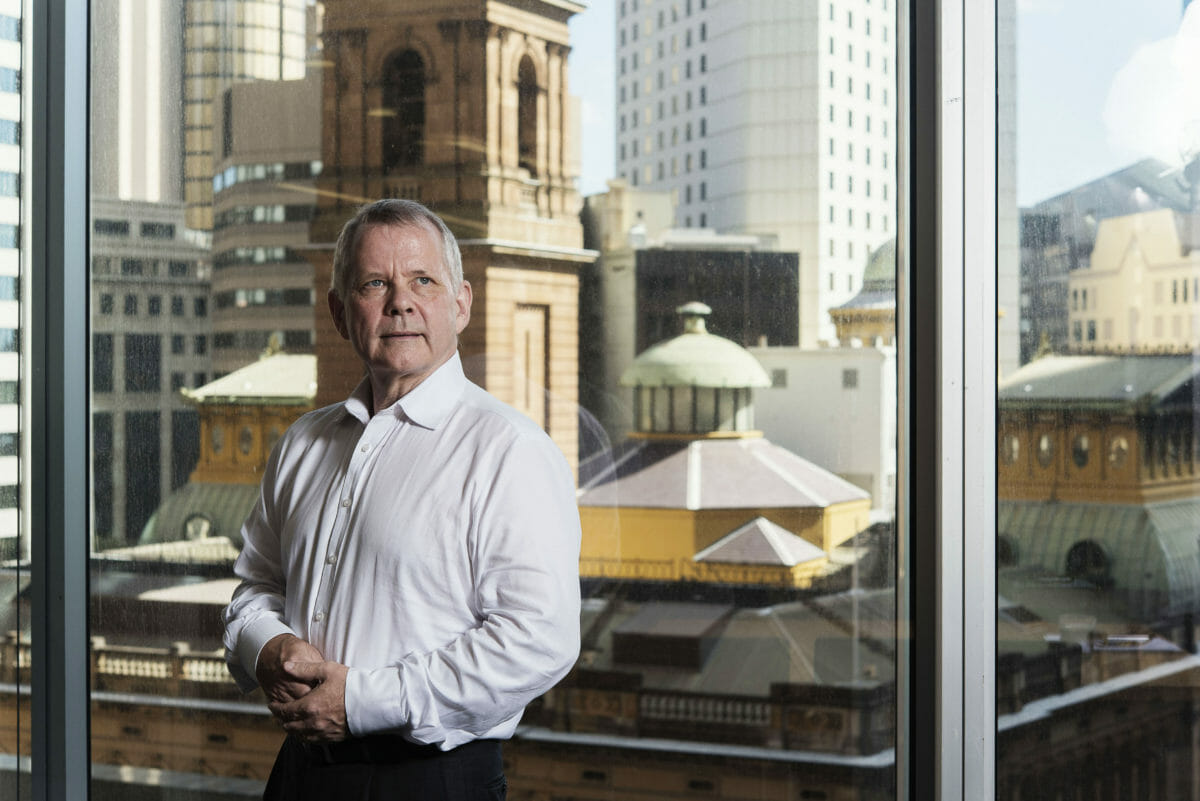 Q: TCorp has undergone, and continues to undergo, much change – transformational change in fact. What has been your role, and the board’s role, in directing and overseeing that and what outcomes are you expecting? (TCorp pulls trigger on shake-up)

A: The changes to TCorp [NSW Treasury Corporation] date back now four years, to when the whole idea of amalgamating the state’s funds management activities got legs. With the clarity of that, and going from a fund with $20 billion to $90 billion, it meant when we were looking for a replacement for [former chief executive] Steve Knight, who was retiring, we needed a fundamental change.

TCorp was a financial markets business with some funds management, but the profile of its debt and assets flipped and became about asset management. This changed the way we thought of selecting a new chief executive and the aspiration of the business.

The board played an important role. Before the amalgamation, the secretary of the treasury was the chair, but as part of this change, we moved to an independent chair, and I was appointed. I had been on the board since 2009 as an independent member.

We have seen transition at every level – a change in the governance arrangement and change in personnel.

David Deverall was appointed chief executive in 2016 when Rob Whitfield was still the chair and they planned the new strategy. This included the transformation that was needed to become a world-class organisation, and we are working with Roger Urwin from Willis Towers Watson on this. This includes looking at the key attributes of a world-class investment manager including beliefs and benchmarks, and we tried to absorb some of those attributes in TCorp. The real benefit to the state will be better performance

We also brought in Stewart Brentnall as chief investment officer and he and the team are working with Willis Towers Watson and talking with our clients about their investment goals.

In some ways it was back to basics. We felt it had to be more than just crunching three organisations together.

TCorp has made so much progress in the two years since the merger. We have moved to one custodian and one team, and saved a lot of money on costs. But performance will be where the real upside is. If we can get a 0.5 per cent improvement in performance on $90 billion, that would dwarf any costs savings we’ve made.

What is the most important conversation you are having around the board table this year?

Portfolio risk is very important to us. Because we are a public-sector organisation, risks are somewhat asymmetric. When you are managing the public’s money, there’s a different approach, and you are more loss averse. So you are more conservative and want to manage downside risk but at the same time we want to be high performing. We are looking at tail risk hedging in some portfolios and not others and also managing different levels of diversification, depending on the client. But we are looking at investments in infrastructure, property and more in equity than in the past.

We have a very positive relationship. I play the coach role that you’d expect the chair to play with the CEO. For example, I understand the public-sector world, and I think David has done a good job of fitting in with Treasury and the Treasurer. We meet regularly to discuss his our agendas but I’m clear that the role of the CEO is to lead the team. We still need to be aware of other executives’ capabilities and the chairs of our committees stay close to the relevant executives. The board likes to see all of the leadership team regularly.

What is your best piece of advice for how to chair a constructive board meeting?

I think ‘constructive’ is the right word here. It is always a difficult role for the board to be supportive and challenging to the executives. The art of a good, mature board member is to do that. Our executives can’t be complacent but they also can’t feel like the board is picking on them. The interaction has to have a performance focus.

I’m not sure my view has changed, but I’m now a lot closer to living it. In my executive life, I was lucky enough to work with a lot of good chairs, and I now pick and choose from their traits. It’s important to have a balance of keeping the climate open enough but having everyone perform and prepare.

At the end of the day, super is about managing individuals’ retirement funds, and boards need to have a single purpose around that. Independence is important.

The only true protection for the member in the long term is being independent of other interests apart from the member. Some groups are in it for profit, for example to shareholders, or not for profit, such as employee and employer groups. There needs to be some measure of independence, where the sole purpose is the interests of the members.

All of financial services needs to ensure that we get back to thinking about customers first. Banks or insurance companies or whoever is being criticised are usually [facing criticism] because they’re focused on something else. Customer focus is the key. We need to form an ethical view here. Behaviour comes from the beliefs you have in the first place, then incentives come from that. My hopes are that we get out of the micro examples in the royal commission and get back to the big themes of finance’s role in benefiting society and making it better. Finance has an important role to play in the community. I’m an old-fashioned banker, and think that the business is about providing finance to help the economy grow.

Who are your most important mentors and to whom do you turn for advice now?

I don’t think I have any one a mentor in the sense they would know who they were. But I have learnt a lot from many people. I worked closely with David Morgan and observed Bob Joss (at Westpac) and also David Gonski at ANZ. I do think you need an element of humility on a board and as chair, to create the right climate. We can’t have people feeling intimidated but they also need to lift and be their best. A board operates best when that balance exists. If I look at my style as a chair, I guess most people would describe me as a good listener. I like to have different viewpoints before I form a view. If you rush, you can miss critical elements. I listen more than I speak. I guess I’m more contemplative than intuitive.

It’s a drag: why TPA is superior to SAA