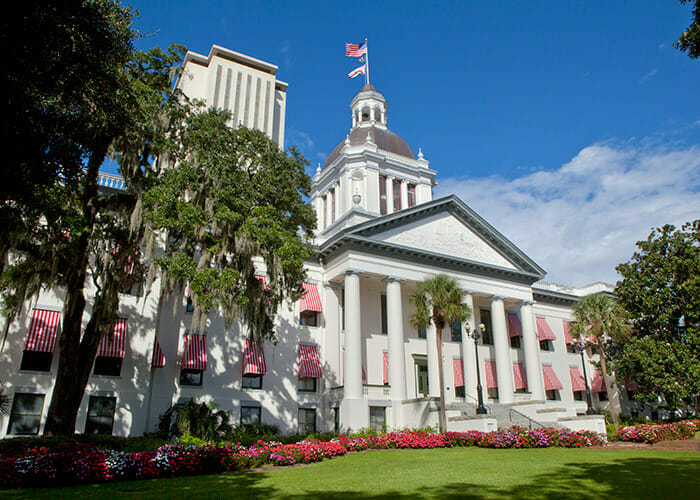 When Ash Williams joined the $204 billion Florida State Board of Administration as chief investment officer and executive director in the third week of 2008, the fund hadn’t rebalanced its portfolio. It was the middle of the financial crisis, equity markets were in freefall and FSBA had put off rebalancing until it could find a permanent CIO to fill the post, which had been vacant for a year.

Soon after his arrival, Williams led the rebalancing back to within FSBAs policy targets, trusting the long-term strategy. Meanwhile, the fund’s assets under management continued to plunge, hitting a low of $83.7 billion when the market finally bottomed in March 2009, barely half the $157 billion in AUM the fund had in 2007.

It was an uncomfortable, hairy time but rebalancing positioned FSBA for the recovery that ensued.

“It was the equivalent of having every inch of canvas out and flying so that when the wind came up the boat took off,” is the metaphor Williams chooses, speaking from FSBA’s offices in Tallahassee, Florida’s capital. “If we hadn’t initiated that rebalance when we did, we would have missed it. You’ve got to stay in markets for the long term.”

Williams is quick to downplay his helmsmanship’s contribution to an annualised return of 8.2 per cent during his tenure. In fact, he recalls the rebalance only to illustrate how he will navigate any downturn ahead. He’s got no plans to reduce FSBA’s current 80 per cent allocation to risk assets and says he will keep the faith that the fund’s key advantages as a large, liquid, unleveraged investor will be insulation enough for whatever lies ahead.

Indeed, Williams says it is more important than ever to stick with FSBA’s allocation to risk assets versus non-risk assets, because the strategy has been carefully honed and crafted precisely for times like today, or 2008, when the call to stay true to long-term discipline tests investor mettle.

“Our investment policy overcomes the natural human tendency to be driven by fear and greed that makes people chase rich markets and run from bad ones, which is the exact opposite of the ultimate investment advice – buy low and sell high,” he says.

That is not to say that Williams isn’t taking advantage of current pricing by selling certain assets he thinks are expensive and not best-in-class in today’s market. In FSBA’s $10.9 billion private equity portfolio, he’s steadily weeding out mature allocations still to complete final realisations and selling them in the secondary market.

In a process that has accounted for about $3 billion to $4 billion over the last two years, he’s bundled together weaker funds, sold them off and redeployed capital to higher-yielding areas.

“Between today and such time as these tail end funds are finally sold and realised, the [internal rate of return] is not going to be very big relative to what we could accrue on a new allocation,” Williams explains. “On this basis, if the market for private equity secondaries is rich – and it is rich and has been – then it’s a wonderful time to do a disciplined pruning of the portfolio.”

He’s applied the same principles to Florida’s $14 billion real-estate portfolio, just under 9 per cent of the fund’s assets under management.

Here, he’s sold off highly sought after but dated apartment blocks and office space in cities including San Francisco, where demand is booming but old-fashioned properties with low ceilings no longer cut it with a new generation. The strategy will allow the fund to buy real estate that will have more value and higher returns, for the next 20 years.

“If an asset is a better fit for another investor’s portfolio, that will be reflected in its value to them and allow us to redeploy those dollars on assets better suited for our portfolio,” Williams says.

In private equity, better fits are coming via new opportunities in Asia, where FSBA’s initiatives include working with Asia Alternatives, a private equity fund of funds. This strategy has also led Williams to a fund investment that includes a portfolio company targeting India’s burgeoning second-hand car market. The founder has developed a sophisticated mobile app that combines car valuations, access to finance and insurance, and matching of buyers and sellers, in a strategy that Williams describes with his characteristic colour and detail, which brings FSBA’s giant portfolio to life.

“It’s the kind of thing that could be a unicorn,” he says. “It shows what an entrepreneur in an emerging economy can achieve with technology and a first-rate education.”

About 80 per cent of FSBA’s AUM belong to the $160 billion Florida Retirement System Investment Plan (FRS). The balance is made up of a raft of other funds, including Florida PRIME, a local government surplus investment fund, and the Lawton Chiles Endowment. FSBA’s assets are split between global equity (56.64 per cent) fixed income (18.58 per cent) real estate (8.79 per cent) private equity (6.83 per cent) strategic investments (7.95 per cent) and cash (1.21 per cent).

Williams’ team manages about 40 per cent of assets in-house, which keeps costs down. All liquid allocations to equity and fixed income are managed in-house; most of these allocations are passive, although the fund does do some active management around factor investment and in the spread and credit space. CEM Benchmarking states that total costs for Florida’s main FRS fund in calendar 2016 were 33 basis points.

About half of the real-estate portfolio is also run in-house, directly owned and controlled by FSBA. Williams likes this because it disconnects the fund from the unpredictable market cycle of fund investment.

“Funds have a life, and that life may end at a time that is inconsistent with the cycle of the market, so it could be that you are selling at the wrong time,” he says.

Some real-estate assets have the potential to become permanent, he notes, referencing a portfolio bought during his first tenure at the fund, in the early ’90s, to illustrate his point. Back then, Williams served as executive director at FSBA for four years. He left to join Schroders and then New York Hedge Fund Fir Tree Partners, until FSBA persuaded him back to his native Florida in the middle of the global financial crisis.

During that first stint, FSBA invested in the European-style apartments and offices that frame San Francisco’s picturesque Corte Madera town centre, one of the wealthiest neighbourhoods in the US, and competing development is rendered impossible by mountains on one side and the San Francisco Bay on the other.

“We’ve owned the asset for decades and have pricing power on the asset due to natural barriers to competition,” Williams says. “We can go in and update it, keep it smart and pretty. Why would we want to sell it?”

FSBA has just three trustees: the state’s governor, attorney-general and chief financial officer. The trio are involved only in high-level policy, namely recruiting a CIO, having that person prepare an investment policy for the whole fund, and monitoring and reviewing performance. It’s in marked contrast to most other US public pension funds, with their large operating boards that pour over every detail and meet regularly.

Additional oversight comes from an Investment Advisory Council, made up of nine people with fiduciary and financial experience who meet quarterly, and an audit committee.

“Oversight from the Investment Advisory Council keeps trustees [confident] that the trains are on time,” Williams says. “But it is only advisory. Responsibility rests with me and my success or failure depends on our investment results.”

He also believes the governance structure has allowed FSBA to build a strong brand and capture the beneficial terms and fees that drive performance, fuelling belief in that flexible governance amongst stakeholders, in a virtuous circle. Slower-moving, “blunt” organisations are open to challenges, he says.

Williams says other factors that give the fund an edge include its ability to attract talent for his 60-strong investment team with an incentive compensation plan introduced in 2015.

In 2010, the IAC first flagged its concerns about the fund’s succession issues and ability to hang onto its best investment staff. Wall Street had begun to recover from the financial crisis and private firms were picking off top talent. The IAC requested a review of remuneration, held public meetings and, together with Mercer, came up with a structure the trustees adopted in 2015. It has proved competitive enough to build an expert team, persuading professionals to relocate from New York to Florida and move out of the private sector.