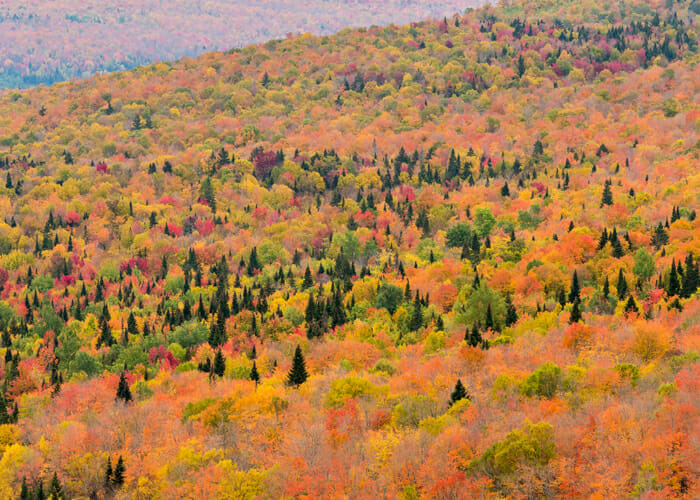 In fact, Canada’s second-largest public pension fund wanted to extend its involvement with Edelweiss beyond just being a limited partner. As it invested in the fund, it negotiated a 20 per cent equity stake in Edelweiss Asset Reconstruction Company (EARC), the subsidiary managing the bank assets, and a public investment in Edelweiss Group. The deal included membership on EARC’s board and a role on Edelweiss’s investment committee.

“We are very proud of what we did with Edelweiss, where we manufactured a transaction with an interesting risk-return,” says Frédéric Godbout, CDPQ’s senior vice-president and deputy head of private equity. “We can’t control the market, but what we can control is being innovative and thinking outside the box.”

The strategy characterises a portfolio where 11 per cent of CDPQ’s C$286.5 billion ($233.3 billion) in assets under management resides, and where an internal team of 65 deploy between C$6 billion and C$7 billion a year using two dominant themes: emerging markets and non-traditional deals.

The private-equity team has embarked on a concerted push into emerging markets, where a first priority is finding high-quality, local partners with whom to build a solid foundation over the next decade. The team is also actively seeking and manufacturing deals that don’t exist for traditional private-equity funds or investors.

Flexibility lies at the heart of the strategy. CDPQ can invest in almost whatever way an opportunity demands. It can put assets into funds, co-invest, or go direct; as a direct investor, it can do minority investment. The fund also recently added private credit to its suite of capabilities.

CDPQ, which manages the retirement income and insurance plans for 2 million Quebeckers in 41 depositor groups, can act as a leader on its own or with peers. It can write smaller cheques for $75 million in emerging markets or bigger ones for $1 billion in developed markets. The average investment spans nine years, but some stretch to 20 years, such as its stake in IT services company CGI.

“All these approaches are integral to deploying significant amounts of capital,” Godbout says. “We don’t see the world in black and white, we see it as a scale, and we do everything at the same time.”

All investment comes with an absolute-return mindset that eschews benchmarks to commit “like an owner”.

Such flexibility would’ve been unheard of at CDPQ in the early ’70s, when it first dipped its toe into private equity. Back then, the only direct investments were in Quebec; all overseas private equity was in funds. Today, nearly three-quarters of the portfolio is invested outside Canada and direct investments account for 70 per cent, with 30 per cent in funds. Direct investment will grow further, Godbout says, as will the private-equity portfolio, which returned 14 per cent in 2016. CDQP is in discussions with its depositors regarding an increase in the allocation to private equity, real estate and infrastructure.

Relationships give a competitive edge

Along with this flexibility, CDPQ is gaining an advantage over the competition in another striking way. Increasingly, sought-after private companies approach the pension fund directly, long before private-equity firms have a chance to get involved, in search of the added value that comes with CDPQ investment. It happened last year, when France water and waste company SUEZ, with whom the fund already shares infrastructure assets, asked the pension fund to help it acquire GE Water, the water and process technologies business of General Electric. It’s just the type of asset Godbout likes, for its tilt towards global investment trends around water (he also favours logistics and healthcare).

The fact that CDPQ’s long-standing relationship with GE would help negotiate and broker the deal made the fund particularly attractive to SUEZ. Godbout says this ability to leverage CDPQ’s global relationships with companies and chief executives is key to sourcing future deals.

“Our internal management means we have direct access to expert teams spanning from financial services to healthcare,” he says. “We share this with the CEOs of the companies we invest in, and we also introduce CEOs to each other. We leverage our investments for the benefit of all our companies and CEOs.”

It’s a value-add that crops up repeatedly, whether it’s through working with headhunters for investee companies or facilitating corporate expansion – as was the case last year.

“It was a significant acquisition for USI,” Godbout says. Quick to offer support, CDPQ and KKR embarked on due diligence and helped with the negotiation and financing.

“We get ourselves involved in situations where we can add value, and we don’t need to control a company to have an impact,” Godbout says.

The team gets involved in CDPQ’s roughly 90 direct investments only as needed. Governance is negotiated in line with ownership, but even in companies in which it has a majority stake, the default position is to let managers manage.

“We make sure we have the appropriate level of governance and negotiated rights,” Godbout says. “This gives us the right level of information to make sure we are getting involved only at the right time, for the right reasons.”

Equally important as supporting the direct portfolio is selecting, monitoring and optimising the 30 to 40 core manager relationships that give CDPQ access to more than 2000 companies. Working with long-established general partners, in relationships that trace back to the ’90s for some, is balanced with constant due diligence and review. Nothing is taken for granted. It means one or two new core relationships are added every year, as the same number disappear from the roster.

“We want to make sure managers have a real and differentiated skill-set that complements what we have in our portfolio,” Godbout explains.

The most important criteria in manager selection and retention is performance, but other factors can also trigger changes; for example, a new team or an alteration in strategy that CDPQ isn’t comfortable with.

“It is important to understand not only the performance number, but also how they source deals, their sector knowledge, how they create value and where the manager is in their own life cycle,” Godbout says. “The founders from maybe 10 or 15 years ago might not be there anymore or may be transitioning. We need to know how the second generation is evolving, and that they are in alignment with us.”

CDPQ has also introduced managed accounts, partly to shore up access to market intelligence. These are shaped more around partnership and investor control than straightforward fund investment; they allow a level of interaction and sharing of intelligence that Godbout favours just as much as he does the reduced fee.

Co-operation and market intelligence are fundamental to CDPQ’s commitment to increasing its 2.6 per cent allocation to emerging markets, where strategy is focused on finding partners first and adding deals second. Godbout is encouraged by strengthening partnerships in India and Mexico, where CDPQ’s infrastructure division has created an investment platform with a consortium of local pension funds. But he says finding suitable local partners in emerging markets across real estate, private equity and infrastructure requires patience and a long-term view, particularly given the fierce competition. That patience has to be combined with an ability to be nimble when an opportunity does arise.

“We have to be able to quickly go there, do the due diligence, and then present the opportunity to the investment committee here,” Godbout says.

Of all the investments Godbout and his team have secured in recent years, perhaps CDPQ’s purchase of French healthcare diagnostic group Sebia in 2017 best captures the pension fund’s dominance in the asset class.

“Sebia was a fast-growing business,” Godbout recalls. “The owners were considering selling, and the managers were looking for a long-term partner. We believed we were the right partner.”

CDPQ bought a minority interest in Sebia, which it followed with a majority stake. It then syndicated a portion of that transaction to two other investors: European private-equity firm CVC, and Tethys Invest, the family office of France’s Bettencourt-Meyers family, part-owners of L’Oréal, in a deal CDPQ shaped, controlled and closed.

“We did the full due diligence and brought in partners of interest to the management team; in effect, creating a transaction,” Godbout says. “It is not often that you hear about a private-equity firm benefiting from the due diligence of an institutional investor.”