Home>Opinion>Long-termism, the problems with capitalism and other holiday reading 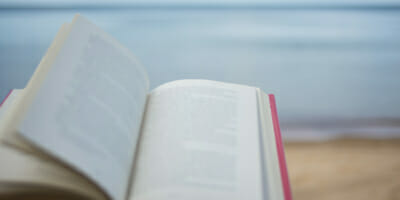 The holiday season is a good time to catch up on the reading you may have put off throughout the year. To make it easy for you here is a choice of articles that speak to some of the key themes for investors – long-termism, economic growth, climate risk and capitalism.

Long-termism is one of the mostly hotly debated topics in the industry and there is an un-ending amount of literature on what long-termism means and how asset owners should react to it, promote it, and position investments to take advantage of it.

Theresa Whitmarsh’s candid admission in her International Journal of Pension Management guest editorial follows her journey from skeptic to cautious optimist, and outlines a practical view of the issues for asset owners. She says there are a number of catalysts for the increasing dialogue on the benefits of long-termism, and one of those is the increasing recognition of the negative effect of rising income inequality.

Income inequality was at the core of Thomas Piketty’s lauded Capital in the 21st Century, which showed that inequality has increased sharply since the late 1970s. He says that 60 per cent of the increase in US national income in the 30 years after 1977 went to just the top 1 per cent of earners.

I fumbled my way through the book this year, but for those that haven’t I recommend the Guardian’s Stephanie Flanders’ review which argues the debate about the book is more important than the book itself.

Flanders points out that many people are worried about the slow rate of growth in the developed economies since the financial crisis in 2008, which is also highlighted by Joseph Stiglit’z Vanity Fair article to appear next year, The Chinese Century.

In the article, Stiglitz compares the US and China on income inequality, savings and exports. On one level, he argues, it doesn’t matter whether China’s economy is larger than the US. But on another level, it matters a great deal. The US likes to be number one, and the “soft powers” it brings with it. These include the influence of its ideas in economic and political life and Stiglitz argues China’s emergence at the top ranking should be a wake-up call for the US to get its own house in order

Despite slipping in its economy rankings, however the US still holds an important position as the world’s default currency. But as James Rickards explains in The Death of Money the dollar is on a one-way journey, which also has the potential to collapse the international monetary system. If confidence in the dollar is lost, no other currency stands ready to take its place as the world’s reserve currency, he says.

Right now geopolitics is dominated by the interactivity of currency and oil prices, and earlier in the year the manipulation of foreign exchange markets was yet another blow to the trust in the financial services industry. Now Barclays, which was at the centre of the Libor scandal, has decided not to participate in the settlement with US and UK regulators.

The legitimacy of financial market participants and the interactivity of financial services players is at the core of capitalism’s waning brand. And an article in Spiegel Online International’s, How capitalism has gone off the rails, demonstrates that the road to recovery is long and slow.

For too long the savings of every day workers has been dominated by the interactivity and profit-motives of the layers of financial services firms that dominate the industry. The good news is that asset owners are finally starting to flex their muscle and distribute capital in prudent financial allocations that are also for the good of society.

Sarah RundellMarch 3, 2022
Home>Opinion>Long-termism, the problems with capitalism and other holiday reading