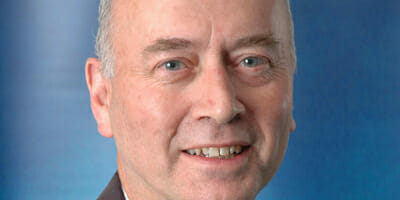 In the coming weeks, Towers Watson will be writing a series of articles, exclusive to conexust1f.flywheelstaging.com, that look at key challenges facing large asset owners. These will focus on specific practicalities that many global funds are encountering such as the role of internal teams.

To put these challenges in context, this first article by global head of content, Roger Urwin, explores six overarching issues that Towers Watson believe will shape the investment landscape for the world’s large asset owners in the coming years.

Thomas Piketty’s study of wealth is receiving intense attention, but little has been said about the new place of the world’s big asset owners. The biggest 100 such funds (let’s call them the ‘biggies’) make a fascinating group and carry critical significance for our future. At the start of 2014, these funds had assets amounting to over $15 trillion, and titles to wealth for a significant proportion of the whole planet.

In previous eras these funds have tended to use a core investment strategy, such as 60 per cent equities and 40 per cent bonds to transfer wealth over time. Making a decade-long projection of this strategy starting with current values one would expect returns of around 3 per cent per annum in real terms.

The ‘r’ of return on capital being higher than the ‘g’ of global economic growth is the most significant mathematics from the Piketty book. While in previous decades the asset owner ‘r’ was normally around 5 per cent per annum and economic growth was around 3 per cent, the current era makes that norm doubtful. The ‘r’ of the simple 60/40 strategy may not exceed the ‘g’.

This produces the first issue facing the biggies.

The pension funds in the list – around 80 of the 100 – have defined liabilities to meet, and their solvency is premised on achieving returns exceeding global growth.

The sovereign wealth funds in the list – the remaining 20 or so – aim to grow wealth for a future generation at a rate above world economic growth rate.

A real return of 3 per cent per annum is not sufficient to meet these requirements either. So it is no surprise that the strategies of both groups are evolving.

More significant investment in alternative asset classes like real estate, private equity and infrastructure is one consequence. In addition, there has been the growth of alternative strategies such as factor investing and other smart betas. These require investment skill from the asset owner entity itself rather than from outside investment firms.

Issue two for these funds, therefore, is their organisational design and investment governance to adopt these strategies successfully and achieve their desired results.

The early structure of asset owners involved heavy reliance on their boards and investment committees, which, in turn, relied on external investment mandates.

The biggies increasingly see the development of in-house capabilities as necessary; in the ‘war for talent’ endemic to financial service organisations, they have had to secure key ‘C-suite’ positions: chief executive officer, chief investment officer, chief operation officer and chief risk officer, for example. In building the skill of asset owners, leadership roles are critical.

The asset owner must create a highly skilled organisation that has strong culture and leadership; is driven by human-capital practices that attract and retain talent; operates with clear responsibilities and accountabilities; and creates motivational energy through performance management and personal development.

It is hard to understate the significance of this step for funds that need to quickly build the qualities that their asset manager counterparts have developed over the past half century. It is fair to say this is work in progress.

Issue three is the adjacent point of how to develop successful private market strategies.

The biggies must extend their reach into private markets beyond the equity and bond public markets to achieve their target returns.

Such an extension to strategy can add to return, in part because of the leverage employed in these markets, but need not change the overall risk exposures.

The biggies’ exposure to private markets now averages around 20 per cent, up from 5 per cent around the turn of this century. These funds are now seeking to settle the level at which allocations should stabilise and which of the private equity, real estate, and absolute return sets should be included.

Funds have not found this change of strategy simple to implement in terms of the optimum blend of internal and external management, leading to issue four.

Early implementation involved heavy reliance on outside expert investment firms. A combination of very high costs and complexity in oversight of these mandates has prompted the biggies to consider in-house alternatives. The challenge is how this internalisation of investing can be accomplished.

Many funds in this situation have come to resemble big complex investment institutions. Examples of this specialisation can be found at funds like CPP where, for example, private market resources have developed into three figure teams, enabling the range of activities to include direct and co-investment deals. But the benefits of specialisation come with issues of maintaining coherence and control.

Some funds have fought against creating asset class specific silos. The organisational design that keeps the team together on all decisions is often referred to as the one portfolio approach. In this approach each investment idea is considered as a contest for capital against all other ideas, with comparisons on a risk-adjusted basis.

Specialists join with investment leadership colleagues to make the go/ no go determination instead of being asked to fill a pre-agreed strategic allocation. Examples of organisations preferring this approach include the likes of Future Fund Australia and New Zealand Superannuation Fund.

The allocation process itself has attracted innovation.

This introduces our issue five. This development has made funds diverge in their strategies as their segmentations differ and they reflect different underlying beliefs.

A notable example of the divergence appears in exposures to investment factors and themes often referred to as smart betas.

The narrow version of smart betas involves systematic exposures to factors such as value, momentum and small cap. The wider version considers those themes where structural mispricing may exist. Examples include themes positioned around the emerging growth markets and longer-term change in resources, the environment and demography.

The control of factors suggests a shift of responsibility, at least partially, from the external manager to an internal team.

The biggies vary widely in their reliance on external firms, but almost all use them to produce skill-based returns (‘alpha’).

The nature of these relationships has shifted, reflecting better appreciation of the value proposition that mandates and external firms can demonstrate.

Issue six then is the effective management of alpha derived from fusing internal skills to the external marketplace.

The biggies have to think hard about how to compete successfully. Asset owners in most cases have access to permanent capital. Their competition is not for capital but for talent and returns.

Their future progress will be determined by their competitive response to these six issues: the investment goal itself; organisational design and governance; private market investing; internalisation; capital allocation and smart beta investing; and alpha.

The common thread through all these six factors is the degree of change and greater skill needed to bridge the gap between the bulk beta returns and these organisations’ needs and aspirations.