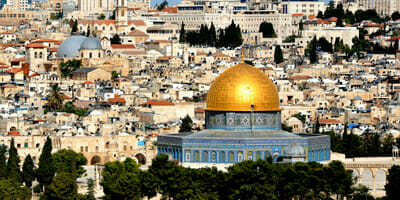 The Middle East is in a state of dynamic flux, with positive change manifesting itself in the countries going through an economic and financial revolution as much as a political one. Institutional investors from all parts of the world have a role to play in that revolution, according to former US ambassador to Egypt and Israel, now professor of Middle Eastern policy studies at Princeton University’s Woodrow Wilson School of Public and International Affairs, Daniel Kurtzer (pictured right).

“The region is in a state of dynamic change; some is positive and some negative. The positive manifests itself in places where revolutions are creating the possibility of some permanent form of democracy,” he says. “Countries like Egypt and Tunisia are likely candidates for change, but it could go in any direction.”

Kurtzer says it is clear for countries such as Egypt, Tunisia, Libya and Yemen that the revolutions have come from the ground up, with citizens “rebelling against the indignity in which they lived”.

“They are rebelling against crony capitalism, inequality and wealth, as well as politics,” he says. “This is an economic and financial revolution as much as political.”

Kurtzer, who was the US ambassador to Israel from 2001 to 2005and is the editor of Pathways to Peace: America and the Arab-Israeli Conflict and co-author of The Peace Puzzle: America’s Quest for Arab-Israeli Peace, 1989-2011, says there are lessons learnt from the Israel-Palestine conflict.

The most important is the critical need for a third party negotiator.

“Both sides, for different reasons, insist on negotiating face to face and reject an imposed settlement. They don’t trust anyone else to be fair to their own views,” he says.

“They do differ on the role of the third party, Israel is exceedingly nervous because they feel there is too much anti-Israel sentiment, and Palestine, as the weaker party, believes it is one way to balance the power.”

Kurtzer, who also served as US ambassador to Egypt during the term of President Bill Clinton, says “unfortunately” the US has assumed the role of third party, unilaterally and almost to the exclusion of anyone else.

“I say unfortunately because it hasn’t exercised that role and has become distrusted by Palestine,” he says, pointing out that when the US has been successful it has used incentives and disincentives, such as withholding aid.

“The pressure in the Middle East is so great and, whether it is Israel or Palestine, they curl up and go into defensive position,” he says.

Within the US there is a very vibrant pro-Israel community, which complicates the nation’s role.

“The evangelical movement is supportive of the right-wing Israeli view, it is very much part of politics, so as a politician you have to consider domestic opinion in everything you do. We are a democracy and the first rule of democracy is get elected,” he says.

Kurtzer, who is currently teaching a course at Hebrew University of Jerusalem on American diplomacy, says even though Israel has conducted policies and activities that garner criticism, a certain amount of understanding needs to be given to Israel and its environment.

“Israel has conducted policies and activities that garner criticism but, on the other hand, since it was formed in 1948 there has not been one day of peace with its neighbours,” he says. “Egypt and Jordan now have peace treaties, but it is a formal state of war, a certain amount of understanding needs to be given to Israel in this environment.”

The Middle East has been, and will continue to be, a source of intrigue and possibility. For investors, searching for diversification and emerging opportunities, the region presents a great potential.

Israel, through its high-tech, knowledge based economy and entrepreneurial spirit; and Palestine, through the prospect of new infrastructure, economic growth and jobs.

From an institutional investors’ perspective, Kurtzer says there are two stories that emerge in this small area.

“Israel has becomes an economic powerhouse, both in terms of GDP per capita and economic output per capita. It has an advanced technological sector and is the country with the second-highest amount of companies on the Nasdaq.”

The combination of technology and entrepreneurial activity has become a way of life in Israel, he says, pointing out that the army is the single biggest incubator of high-tech growth, including both biotech and information technology development.

“Everyone invests in or knows a family member who is inventing the next Google,” Kurtzer says. “It is an economy that is easy to find investment opportunities.”

Investment in Israel is dominated by foreign money, and is as much as 90 per cent. Foreign investors have played a big role in the development of the economy, Kurtzer says, teaching Israelis business sense.

“Foreign investors have schooled Israel on the business side. Israelis knew how to build the next great widget but they didn’t have the business sense. Foreign investors have had a substantial influence through investment and business know how,” he says. “Israel has taken advantage of its own human resources. Until five years ago it didn’t have any natural resources. The education system and the army were incubators; they knew what to do. It’s the same as exploiting the minerals in the mine.”

While Palestine has been later to come to the party in terms of economic advancement, Kurtzer sees plenty of potential.

“They have been disadvantaged because they have been living under occupation, but in the past five years we are seeing the same roots taking place in Palestinian society,” he says. “Five years ago I had a conversation with the recently retired prime minster, Salam Fayyad, and I wanted to bring a delegation through. He said we’re not ready. Now it is still a really early stage, but it is enough progressed.”

Both countries have public and private investment markets and strong regulatory environments.

“The Tel Aviv Stock Exchange has strong regulation, the financial management has been terrific. Stanley Fischer comes with a resumé that has brought extraordinary stability and credibility.”

Fischer, the governor of Bank of Israel, is the former chief economist of the World Bank.

Kurtzer acknowledges the impact of the political risk on investments in the region, but says the Israeli technology sector has been resilient.

“On the Israeli side, the political risk is higher than, say, Belgium or the UK, but the system has proved resilient in Palestinian uprising and the Lebanon war. The high-tech sector has followed the global trends to a tee. It is different on the Palestinian side and the impact of political risk is more significant. It is high risk, so you would expect a higher return for that.”

Kurtzer is part of a targeted and intimate expedition to the Middle East, hosted by World Pension Forum and Conexus Financial, publisher of conexust1f.flywheelstaging.com, presenting investors with a unique opportunity to visit the region and meet with political and business leaders.