Home>Editorial>What it is to lead 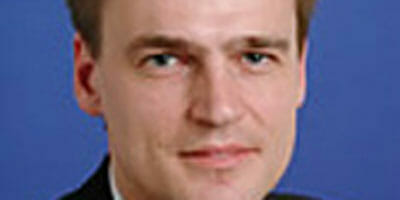 In reading the superb editorial that backgrounds the naming of Barrack Obama as Time magazine’s Person of the Year for 2012, it is clear one of the reasons he was chosen was his ability to embrace change. In particular he shows leadership of the new America, namely people under 30, Hispanics and African Americans.

Adapting to change is an essential part of leadership. Adapting to continued upheaval and uncertainty is a hallmark of the truly successful leader in the pension industry.

Even the largest and most successful pension funds globally are not immune to these fundamental leadership challenges and with great interest I watch the appointment of Carsten Stendevad, currently managing director and chief of the financial strategy group at Citigroup in New York, as the new chief executive of ATP.

The Danish fund ATP is considered by many to be the best fund in the world.

It is prudently managed, with meeting pension objectives the only driver of all decisions, and boasts that its business model can deal with interest rates of 1 per cent or 20 per cent.

Lars Rohde, chief executive of ATP for 14 years, is respected by many, both within and outside the organisation. His appointment, which was rumoured to be more of an official crowning, as the new Danish central bank governor, has been widely viewed as a coup for Denmark as a nation. But it leaves a big hole at the top of ATP, which has a complex and unique structure and style, reflected and formed by its leader.

Today’s leaders face unique challenges, and the new chief executive of ATP arguably faces a different leadership proposition than Rhode did when he took up the reins in 1998.

In an article in the June 2012 McKinsey Quarterly, the results of global research that sought to understand the leadership challenge “in a volatile, globalised, hyperconnected age” by conducting interviews with leaders of some of the world’s largest organisations found some common themes with regard to this challenge. These include what it means to lead in an age of upheaval, to master personal challenges, to be in the limelight continually and to make decisions under extreme pressure.

“Today’s leaders face extraordinary new challenges and must learn to think differently about their role and how to fulfil it. Those who do may have an opportunity to change the world in ways their predecessors never imagined.”

In his current position, Stendevad advises corporations and sovereigns throughout the world on a broad range of corporate finance issues such as valuation, acquisition strategies, capital structure and financing strategies.

This global perspective was important to the board of ATP, with its chairman Jørgen Søndergaard saying it was essential to find a new CEO who could lead the fund from its current strong platform and take it to the next level.

“In many ways, Carsten Stendevad is the natural heir to Lars Rohde, who has done a fantastic job at ATP,” he says. “With his extensive professional knowledge, network and global vision, Carsten Stendevad can help bring ATP even more into play in a global context and ensure that ATP’s decisions are to an even greater extent based on international trends and developments – all while ensuring basic financial security for Danish pensioners, also in the future.”

However if, as Obama has proven, adaptability is a condition of leadership success, then Stendevad is well positioned. While he was born a Dane, he grew up in Belgium, and has worked in Mumbai and New York for Citigroup for the past 10 years. He speaks Danish, French, German and Hindi.

“Carsten Stendevad is a candid and thoughtful person; he has great respect for people, he listens and he is open to other people’s views. He has strong analytical skills and is an extremely convincing communicator who has the ability to set the direction and lead the way – and to motivate and inspire people around him. He has a very inclusive leadership style; he creates results with and through other people,” he says.

But probably most extraordinarily, and possibly most importantly to his leadership success, is that Stendevad is only 39, an age when innovation is still an instinct.