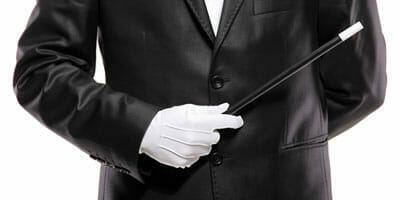 The pension and funds management industry is self-serving.

There are too many players, there’s too much jargon, too much leakage and too much patting each other on the back.

And that’s not just my opinion: the results of a 12-month research project, across 60 countries and more than 3000 investors concur.

The research by State Street’s Center for Applied Research sought to find the forces that will shape the future of the investment management industry over the next decade, and has concluded that there is too much of everything in this industry.

It says that the delivery model will have to be streamlined at both industry and organisational levels to eliminate complexity and bring strategic priorities in line with what investors want most: personal performance.

According to this research, the system itself is in the way, and will need to be rationalised.

If you look around for a minute or two, this is self-evident. A simple example is the sheer number of pension plans in the UK – around 10,000!

In Australia there has been rationalisation on the buy side – with the number of APRA-approved superannuation funds falling from 1244 in 2004 to around 300 now.

Many consultants – including Jeremy Cooper, who chaired the MySuper reforms – believe this will, and should, continue.

While choice is a product of the free world, it also comes with costs and unintended consequences. Further, if choice is good, does that make more choice better?

The paradox of choice is at the core of attention economics – first articulated by economist and psychologist, Herbert Simon, in the early 1970s – that a wealth of information creates a poverty of attention.

Two Australian academics, Ron Bird and Jack Gray from the Paul Whoolley Centre for Capital Market Dysfunctionality at the University of Technology, have been proposing the need for rationalisation for years.

Too much of everything

This plethora is driven by the ready availability of money, massive and intrinsic uncertainty and growing complexity, sometimes intentional.

Estimating the indirect costs of an excess of agents is especially difficult because almost all agents genuinely believe they are adding value net of their costs, just as each of us believes we are in the top quartile in intelligence and driving ability, the authors say,

“This belief justifies agents resisting market forces aimed at reducing their number. We expect total unnecessary agency costs to be substantial. The most evident and dominant direct agency cost is active equity management, a predictable consequence of competing on performance. Because active management is effectively a zero-sum game, aggregate retirement incomes are reduced by at least the cost of 1 per cent per annum of playing the game.”

Bird and Gray question whether more than 80 active Australian equities managers, managing more than 150 broadly similar strategies are needed to achieve efficient pricing in such a small market.

Writing this article five years ago, Bird and Gray concluded that fewer agents and less-destructive competition will force a sharper focus on members’ long-term interests.

Five years later and nothing has changed, State Street’s comprehensive research, interviewing more than 3000 industry participants, concludes the same thing. There are too many players and there needs to be a sharper focus on personal performance.

So what happens next? A little less conversation, a little more action! But how do you make change happen?

Change happens out of necessity, if there is opportunity and if there is strong leadership.

Clearly change in this industry is necessary if it is going to take seriously the very large and very global problem of funding retirement.

Leaders in the industry are needed to embrace the conclusions of the State Street research, and the pontificating of academics, and actually facilitate change.

Apparently, change doesn’t happen quickly, according to the Nobel-prize winner, Max Planck, who was considered to be the founder of quantum theory, “science advances one funeral at a time”.

His view was that new scientific truth does not triumph by convincing its opponents and making them see the light, but rather because its opponents eventually die, and a new generation grows up that is familiar with it. Fortunately, funds management is not a pure science.

In fact, most participants in the industry like to believe investment management is part art and part science. And while science may advance one funeral at a time, the art world changes quickly – there have been 36 contemporary art periods since the term was defined in the 1960s.

Maybe there is hope for change in this industry.