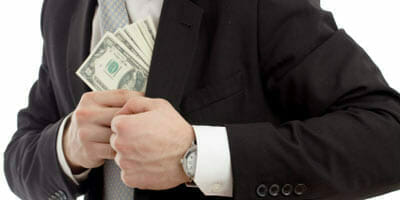 Only 26 of 4300 companies surveyed by Governance Metrics International (GMI) have a specific clause that measures executive compensation against a sustainability metric, and institutional investors play a pivotal role in transforming this behaviour.

Kimberly Gladman, director of research and risk analytics at the governance research company GMI, says investors should set the expectations that sustainability metrics are included in executive compensation packages.

“They should ask companies how they integrate those metrics, in a really concrete way, and make it part of the routine of dealing with companies,” she says. “It is a failure of imagination that more companies have not integrated environmental, social and corporate governance (ESG) metrics into executive remuneration.”

She says that companies should be required disclose sustainability measures.

“It would be ideal that every company has a mandate to disclose the top three social or environmental issues material to its business risks or opportunities, why they exist and what the company is doing about them, then they should be built into the executive compensation.”

“They can also do more to publicise the good examples and support good practice,” he says

Linking executive remuneration and sustainability has not been a priority for companies, Gladman says, because they don’t prioritise it as important enough to core business.

“With sustainability in general, you can’t make a consistent case that it will lead to profitability – you can say its neutral or won’t hurt you. But outside of measuring profits, there is an argument it is necessary for company’s survival, its licence to operate, and its reason to exist at all.”

Linking ESG to strategy and compensation

The United Nations Principles of Responsible Investment (UNPRI) is facilitating a project between companies and a group of 11 institutional investors with the aim of creating overarching principles of how ESG metrics are linked to executive remuneration.

As part of the project it is looking for a group of 10 global companies whose boards have experience, or have recently embarked, on integrating sustainability into reward schemes for executives, and want to learn more about peer practices and investors’ expectations.

The investors include PGGM, APG, AustralianSuper and Colonial First State.

Manager of ESG research and engagement at Colonial First State, Nick Edgerton, who is involved in the project, says while it is very early days, the research reveals most companies are “unsophisticated in the main”.

“What we want to do is link ESG to strategy and compensation,” he says. “There are ESG risks to the business and this creates targets around that, for example in the property sector occupational health and safety is an issue, so a good safety performance will be an edge, and so good safety metrics linked with remuneration make sense.”

This would play out in key performance indicators looking at business requirements such as return on equity and sales targets but there would also be a metric on safety record such as the lost time frequency rate, he says.

Data and collaboration get results

The link between executive compensation and sustainability metrics is a topic of much discussion amongst academics. However, as in other areas of sustainability academic study, a lack of data is hampering research.

“Academics can’t do the research because the data is not available,” Gladman, who joined Mottis on a recent UNPRI Academic Network webinar on the topic, says.

Both M0ttis and Gladman believe, instead, that academics should be looking at more in-the-field study.

“There is a research gap,” Mottis says. “I feel there are many papers based on statistical analysis but the marginal output is limited because data is not there yet. Academics need to go into the field to look at detailed examples and the practical challenges. In three to five years there will be a long list of companies looking at how to improve ESG performance.”

Similarly Gladman says there is potential for interviews with corporate committees, designers of compensation packages, and executives inside companies to get their opinions of what would work and what the company has tried.

Conducting his own fieldwork has revealed some interesting examples to Mottis.

He gives the example of a steel industry company that wanted to reduce its water consumption. It examined its existing practices, designs and processes, and decreased water consumption by 40 per cent.

“That is a very impressive figure and they achieved it by working together,” he says. “At first they didn’t change incentives, but it became more institutionalised. Every manager has a clear objective related to a general target of water consumption, and part of the bonus, something like 10–20 per cent is connected to this collective action. The main driver at first was not cash but the belief it was possible to improve things and make changes.”

The GMI company research looked mainly at large cap-listed firms in developed markets but also those in MSCI emerging markets with more than $1-billion market capitalisation.

While only 26 companies were found to be using a specific sustainability metric in executive compensation, a larger number also “say something vague”, Gladman says.

Of the companies it surveyed, it found that 40 per cent provided a link between executive compensation and sustainability, up from 29 per cent in 2010.

The report shows that “social” links were the most prevalent type of link cited by companies when constructing compensation packages. This is not surprising, the paper says because employee health and safety represents the most visible link to shareholder value.

However, CFS’ Edgerton says for the most part ESG metrics reside in short-term bonuses such as a one-year time frame.

“We haven’t seen them flow through to long-term incentives, even though they are long term issues. It would be good to see the alignment of those time frames,” he says. “It is the responsibility of fiduciaries to understand remuneration, to understand best practice, and the sustainability strategy.”

Another limitation, observed by both Edgerton and Gladman, is that even those companies that do report a sustainability metric, the percentage it makes up of executive remuneration is so small, “it’s almost an afterthought”.