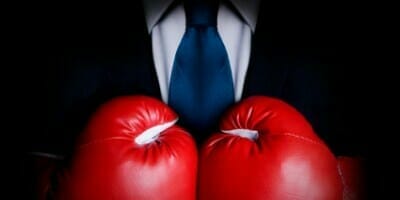 Asset owners are increasingly putting pressure on their asset managers to abide by the CFA asset manager code of professional conduct, with one CIO stating that managers who do not comply could be penalised in the future.

Chief investment officer of the Policemen’s Annuity and Benefit Fund of Chicago, Sam Kunz, who sits on the CFA’s asset manager code advisory committee, says his fund now asks managers in RFPs, and ongoing reviews, whether they abide by the code.

“In the future it may be that managers outside the code will be penalised in a way – it will be harder for us to hire them,” he says.

Kunz believes that ethics are tightly tied in with a firm’s culture, which ultimately has an impact on performance.

“A firm’s culture is a fairly good predictor of its long-term performance,” he says.

“If you believe ethics is part of culture then it must be addressed seriously. From a return point of view the adoption of the code it is very attractive.”

He says the adoption of the code is also an important tool for the industry to regain trust from the wider community.

“The adoption of a code of ethics also fosters trust. The higher the trust you have in someone looking after your assets for you the better. The code is a very useful tool,” he says.

Michael Trotsky, who is the executive director of the $48 billion Massachusetts Pension Reserves Investment Management Board, says the fund also asks managers if they comply with the code in their RFP process.

He believes the code is important because it sets a minimum standard for the industry.

“Managers who do comply have an advantage,” he says, adding he’s “not ready” to cut out valuable managers who don’t comply.

Kunz believes asset owners play a part in the code’s take-up and at his fund a question is included in the annual review of managers asking whether they have adopted the code, and if they haven’t then why not. He also includes the same question in all RFPs and asks all managers he meets with. The fund employs 55 funds managers.

Both Massachusetts PRI and AustralianSuper are also looking at extending a question regarding code compliance beyond just new RFPs to ask existing managers as well.

CIO of AustralianSuper, Mark Delaney, who also sits on the advisory committee, says the six principles of the code act as a clear risk statement of what the expectations of behaviour should be.

“It raises ethical questions of culture and behaviour and acts as clear guidelines for what you expect of your own organisation and those that deal with you. It engenders more confidence in the industry,” he says. “We would be reluctant to appoint a manager who doesn’t abide by those.”

Silk Invest, a frontier markets asset manager, claims to abide by the code, and chief investment officer, Daniel Broby, says it is such markets where the code can make a difference.

“We are partly about capital market development, and in countries like Nigeria and Kenya where there is no regulatory infrastructure, if we can encourage them domestically to accept codes like this it can make a difference.”

Brody says an ethical code also encourages the industry to behave like a profession.

“As an industry we haven’t been as client centric as we should have been,” he says. “Professionalism goes beyond just treating a client’s money as if it was your own money. It is about objectivity, and having processes in a company beyond just investment processes, like a disaster recovery plan.”

“It is an endorsement of ethical standards by senior management.”

The principles are voluntary and flexible, which is a deliberate strategy, and Brody says there is no point having a code that “only the big boys can adopt”.

A member of the CFA board of governors, Aaron Low, who is also principal of Lumen Advisors, says the code is principles based, because “the reality is that different firms will necessarily have different ways of addressing procedures and processes that assure ethical conduct”.

“But by inviting compliance with a global set of standards, investors have a common framework from which to understand their investment manager’s commitment to ethical conduct. We see this as essential to earning and maintaining investor trust.”

Head of standards of practice and outreach at the CFA Institute, Bob Dannhauser, says one of the strengths of the code is it affords flexibility for firms to comply in the way that is most appropriate for their size, focus, and management style.

“But given the broad scope of risk management processes, we’d like the guidance we provide to be as useful to as many potential adopters as possible,” he says.

In 2012 the CFA will be asking the advisory council, and the wider industry, for feedback to better understand any common impediments to adoption of the code.

“The headlines keep reminding us of the value of investment managers offering proof of their commitment to ethical conduct beyond just saying the right things in finals presentations, and we continue to believe that the code offers firms an excellent opportunity to signal prospects and clients alike that they manage their firms with client interests foremost and are indeed worthy stewards,” he says.

“Restoring trust in the markets is essential to economic recovery, and we think our profession’s embrace of high standards of conduct can play a part in bolstering investor trust and confidence.”

The CFA Asset Manager Code of Professional Conduct states that managers have these responsibilities to their clients: