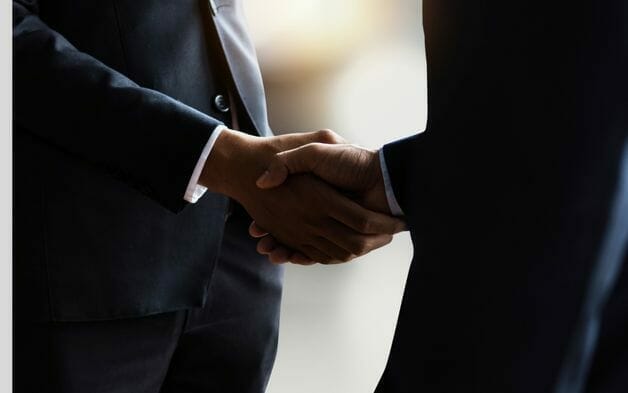 A focus on partnering with specialist, differentiated, active managers with help from “the best board in America” has generated more than 200 basis points a year for The Investment Fund for Foundations. Amanda White looks at the fund’s approach to manager sourcing and the opportunities for alpha in a tough investing environment.

“It’s not a good time to try and be a hero,” Jay Willoughby, chief investment officer of The Investment Fund for Foundations (TIFF) says about the investing environment. “My bottom line on this is stick to your ‘home’ whatever that is, stay home, stay at your benchmark or neutral position.”

TIFF which manages $8 billion for more than 500 foundation and endowment clients in the US, offers five different funds all with a 65:35 allocation.

While generally speaking he says it’s a good time to be sticking to your benchmark, since Willoughby took the CIO helm at TIFF seven years ago the fund has diversified away from fixed income and allocated 20 per cent of the fund into a diversified hedge fund portfolio and 15 per cent in short duration.

“We have argued that fixed income is a lousy investment and that is the one thing we are not staying home on,” he says in an in-person interview in the fund’s Boston office. “And that has outperformed meaningfully over the time frame. It’s been a good decision. That’s the one big SAA bet we make against the benchmark.”

“They are small but clear positions,” Willoughby says.

TIFF has been an aggressive investor in China with an overweight position of 1000 bps going into 2020 which now sits at about 5 per cent.

More recently, beta has been weak in China but Willoughby says the fund’s managers continue to outperform.

“Longer term it’s too big a market to ignore. There is enormous alpha that can be generated there because 75 per cent of the market is retail traders and investors. If you have a serious research organisation that does real research there’s a lot of alpha to be had,” he says. “Coming into this year our managers have generated 600 bps annually, this year we are still ahead about 300bps.”

The value of active management

As long as inflation continues to dominant the market and the Federal Reserve is focusing on getting it under control, Willoughby believes there is risk in the market and it should be a much better market for active managers

“By having all active managers who are really smart, more will be right than wrong over time,” Willoughby says. “We can stay at our benchmarks and still add a couple of 100 bps of alpha each year, which is what history has shown we can do.”

The fund adds between 200bps to 250bps after fees each year.

When choosing managers the fund looks for differentiation and hires specialists, for example a US healthcare specialist manager, with 55 of the 65 managers identified as specialists.

“We hire specialist managers everywhere we can,” Willoughby says. “This means when you look through you have the portfolio you want by geography, sector and factor exposures.”

The team keeps a close eye on the sector positions, particularly any underweight position restricting it to 4 per cent.

“I will not allow more than 4 per cent underweight, so the portfolio has some balance. The overweights are conscious so I am less worried about them.”

The importance of manager selection

The fund’s selection process starts with sourcing. The belief is that if investors are to outperform they need to have differentiated ideas, which means a differentiated approach to sourcing.

Uniquely the fund’s board, chaired by Robert Durden, CIO and CEO of Virginia Investment Management Company, is an important access point for this.

“One of the reasons I came here and what continues to be an advantage is that we have the best board in America, and it continues to be, full stop,” says Willoughby of the board that includes the likes of Rick Slocum, CIO of Harvard’s endowment and Kathryn Koch, CIO of public equity at Goldman Sachs Asset Management.

An example of the board’s impact is when the team started researching China in 2014 and made a number of trips to visit managers. They asked board members for recommendations based on their contacts and that led to a number of good manager leads.

Another way the fund looks for managers is to look at who owns the public companies it considers to be good businesses, and to see who owned them before the company was well known.

All the senior members of the investment team at TIFF have invested directly themselves, so they are good at understanding businesses.

The team has an understanding of what it owns and can challenge managers and know when to add to investments or redeem based on an intimate knowledge of the underlying businesses. It evaluates their return streams and the attribution by various sectors, geographies, top holdings, and market cap which is put into detailed investment memos delivered to the investment committee and board.

Willoughby says it’s the team’s ability to ask deeper and more penetrating questions of their managers, and so get better answers, that contributes to TIFF being a better partner.

The average manager holding period is more than five years and some have been engaged for 30 years.

The fund values curiosity, imagination, integrity, independent views and repeatable competitive advantage and for Willoughby it boils down to two key things: a sustainable advantage and alignment of interest.

“We want our managers to have some sort of sustainable competitive advantage and to be able to articulate that. If they don’t have one then we are usually a pass, but if we wanted to hire them it would be because we thought they could do what everyone else does but better,” Willoughby says.

Alignment of interest is important, Willoughby says, not just because it usually means the fees are fair but because of what it says about the portfolio managers.

“Alignment of interest also means there are investors there who love what they do and would probably do it anyway without the money. They want to be the best at what they love to do and do it forever. We are often an early or seed investor because of that. We are not afraid of the track record thing, we think that’s an edge.”