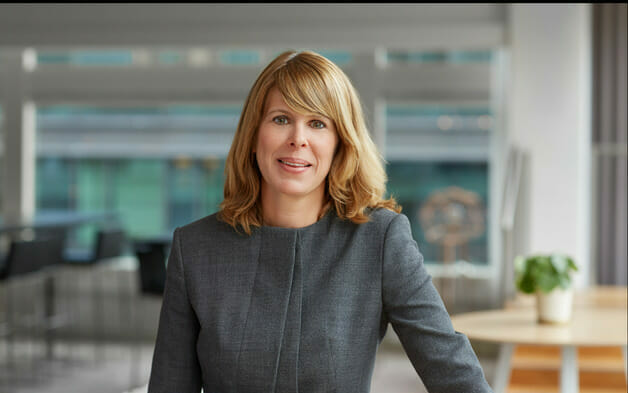 Outperformance in the current investment climate requires departing from the crowd.

“Fortune favours the bold,” says Kristin Magnusson Bernard, chief executive of Sweden’s AP1, the SEK420 billion ($41 billion) buffer fund, in an interview from her Stockholm office, at her desk despite peak holiday season in the Nordics.

“Holidays, for me, have become an on-off thing this year.”

A renowned active investor, the team is constantly making assumptions, building scenarios and playing out the different ways strategies might perform.

It is shaped around an active approach to allocation focused on the global equity portfolio alongside active fundamental equity investment. Here the focus is on AP1’s Nordic small and large cap portfolio. The approach also extends to unlisted equity investments where AP1 owns companies in infrastructure and real estate and where Magnusson Bernard argues AP1 is actually the “most active.”

The team often meets every day – otherwise they get together at least three times a week – to discuss exposures.

“We check-in regularly, share analysis and the best way to execute,” she says. “We are always making decisions about the portfolio. Often it will result in nothing changing,  but even when we decide not to change anything it still constitutes an active strategy because we have made a decision.”

Going out on a limb

When going out on a limb, she stresses the importance of ensuring positions are sufficiently constrained so they remain a learning experience rather than risking performance.

“When you have strong views, it’s best not to have too few; don’t let them get too large so they pose a risk, and you get your fingers burnt.”

Formulating strong views and daring to act on them should also be cushioned by ensuring the investment team can always reverse a decision if it goes wrong; able to turn back when going out on a limb backfires.

Indeed, she is quick to own recent mistakes.

“We definitely stayed in the transitory camp over inflation for too long; we learnt something there,” she says.

One of them, ironically, includes the realisation that getting the big calls wrong doesn’t necessarily preclude performance.

The majority of the portfolio is invested in listed assets making it more difficult to navigate market volatility.

Still, risk proofing strategies have included reducing the equity allocation by 10-15 per cent compared to last year and paring back on duration in the fixed income allocation.

Other market downturn-busting strategies include taking maximum advantage of the strong dollar to reap the benefits of the exchange rate in light of the fact so much of AP1’s assets are in dollars, yet all liabilities lie in Swedish krone.

AP1 has an active hedging strategy whereby it is legally bound to hedge at least 60 per cent of the portfolio, she continues.

She also believes the correlation between fixed income and equity is best explained by high inflation, suggesting the moves in tandem will continue for as long as inflation remains elevated.

“During times of high inflation, we have seen this correlation between equity and fixed income before,” she says.

The outlook for the European economy is mixed. On one hand, economies face a herculean challenge reducing their dependency on Russian energy alongside high sovereign indebtedness.

“This makes it very difficult for the ECB to bring down inflation,” she says.

On the other, she notes that the European labour market is strong and the continent is also buoyed by a new-found political unity at the highest level as nations coalesce in support of Ukraine.

“If the ECB can get inflation under control, these positives will become more apparent. You could argue European equities have been oversold; many investors are starting to look at going back in although progress on inflation will be a factor here.”

That said, she doesn’t believe markets will stabilise until it is clear how much rates are set to rise, nor is it clear how assets will react to rising rates after ten to fifteen years of economic policy shaped around low interest rates and asset purchases.

“It would be much easier for equity markets to find a footing if we knew what rates were going to do; until then markets will remain tumultuous,” she says. Magnusson Bernard was recently appointed a member of the European Central Bank’s Financial Stability Contact Group (FSCG) tasked with helping maintain financial stability in the euro area.

Positively, sky high energy prices are allowing energy companies to invest, sparking tech advances and innovation (she notices a new circularity in building materials, for example) that will ultimately speed up the transition. “If we manage the short-term, I think there will be many sliver linings in the medium-term.”

One of the key learnings from the pandemic was ensuring the wellbeing of the team overseeing such an active strategy.

AP1 uses short-term consultants through the summer to provide extra resources during vacation (and peak times) so people can have time off.  Her holiday is only on-off this summer, but she insists her team take a break.

“You can sprint for a while, but you need to find a way to rest even though markets never stop,” she says.